Determination of blood cells after the injection of sorbent into animals

This article indicates the adaptive reaction of the blood and lymph system that is affected by the extreme factor which is toxic substance. Change of the viscosity and overall protein composition of the blood and lymph, the erythrocytes and leukocytes of the rats which were receiving toxic substance for a long period of time and small changes in concentration of ions were observed. SUMS-1 (1g/kg) was used as a detoxicant in the experiment. The impact of toxic substances has decreased and animal statehas improved after intake of SUMS-1. Regarding the composition and flow of the lymph,physico-chemical and biochemical parametersof blood cells were positive.When using the organic compounds lymph flow declined and composition reduced, whereas application of enterosorbent detoxifiersresulted conversely. After introduction into abdominal cavitySUMS-1 displayed high sorption properties. Sorbents are characterized by their ability to absorb toxic substances.

Relevance of work. According to the forecasts of the World Health Organization experts (WHO, Geneva, 2003), the XXI century faces the global spread of diseasesof cardiovascular system, liver and kidneys [1]. Due to the impact of anthropogenic factors, theappearance of malfunction, disabilityes are constantly increasing, now they are on the first rank of social importance and will not lose urgency continue in future.Among the factors polluting our world the most dangerous for human health are toxic substances and inorganic toxicants, also volatile organic compounds: carbon tetrachloride or CCl4, benzene, toluene, benzopyrene and other [2,3]. CCl4isa highly toxic compound, which contributes to the emergence of radicals in the body. It activates lipidoxidation, damage liver cells, may in the worst cases lead tohepatocytenecrosis and dystrophy .

Enterosorptionis a method of different diseases,based on enteral inculcation of things,which can breed the toxic and inbalanced substances out of organism and intestines zone [4].

Enterosorbentsare the products, which can link metabolites,toxins and other substances in digestive tract. It has

a great importance in regulation of nutrition,in reducing theingestion of environmentally harmful substances to the body,in treatment and prevention of diseases [5]. Lately they are frequently used during therapeutical and chemicaltreatment for various diseases. According to the scientific literature, and some practical researches it occurs using of sorbents in some oncological and allergic diseases.

Due to technical progress in the modern world there is a large increase in the emergenceof toxins, especially heavy metals in the atmosphere.When there are a lot of heavy metals in soils, they get into human and animal organisms with products[6]. It is observed deterioration of health, distraction of genetic apparatus,chromosome aberrations multiplication in a different part of Earth [7].

The occurrence of heavy metals in the body causes the liver to hold back enzymes, leading to the destruction of the function and structure of the kidneys. Proteins, lipids and carbon dioxide are deteriorate [8].

The organic toxic substances are tetrachloromethane, benzene, toluene, acetone, benzopyrene and otheropposite effect to the human body is very high. They are widely used in industry [9,10]. Aims of work:

To study the blood cell in control rats and groups of after intoxication CCl4.

To study influence of sorbents blood cell after poisoning by toxic substances.

Objects and methods of research: the object of the research were 55 laboratory rats with weight of 220-250 g. They were divided into 4 groups. The first was a control group, the 2nd and the 3d were experimental group. Experiments were conducted through 10 and 30 days after introduction of intoxication, rats of CCl4 got 0,3 ml three times a week. The fourth group got the sorbent of SUMS - 1 (1/kg) after the injection of CCl4.

Research works were carried out in the laboratory of the department of biophysics and biomedicine Faculty of Biology and Biotechnology, Al-Farabi Kazakh National University and also in the laboratory of physiology and lymphatic systems of human and animal physiology Institute of MES of RK CS. All animals were identified to have electrolytes from blood plasma, lymph and urine by ion analyzer. All results were statistically processed.

Physical-chemical indicators of blood cells were determined by using the method of Sukharev, its viscosity is decided by the VK-4 viscosimeter and used well-known haemotoxic method.

Total protein, urea, and creatinine concentrations in the lymph and plasma were measured by using Bio-Lachema-Test kits. Plasma activities of ALT and AST and bilirubin content were measured and thymol test was carried out by the Routine methods. The homeostasis disorders caused by CCl4 were corrected by adsorbent (1 g/kg), shown on Figure 1.

Results and their discussion. Hematocrit is the most important determinant of whole blood viscosity. Blood viscosity and vascular resistance affect total peripheral resistance to blood flow, which is abnormally high in the established phase of primary hypertension.

Figure 1 Changes in hematocrit indices in normal rats and in rats poisoned with CCl4.Note: ordinate axis the percentage of hematocrit, Х axis: 1 normal group, 2 after intoxication with CCl4

According to the results, hematocrit indices that the amount of blood cells in poisoned rats has been decreased obviously and amounted to an average of 11-15%.

As can be seen from the Figure 2, 10 days since poisoning the

Figure 3 shows that after 10 and 30 days of intoxication, hemoglobin and hematocrit level is climbing. The level of hemoglobin of rats during the observation period is 12.9, and in

The sorbents are different in nature, presented by natural betonies, such as clean soil consisting of minerals, as well as artificial synthetic sorbents. The method of absorption is called sorption therapy. Toxic substances from biological fluids might be removed with different sorbents, with enterosorption playing an important role in the reduction of the pathological condition of the body.

Figure 5 - Hematocrit indicesof intoxication with dichloromethane and the perception of enterosorbent. Note: ordinate axis: the percentage of hematocrit, Х - axis: 1 - normal conditions, 2 - after intoxication, 3 - taking the sorbent with CCl4.

The experimental data shows that by hematocrit indices, levels of plasma part in the blood increasedand decreasing volume of red

blood cells shows the appearance of polyplasmia which can be seen simultaneously (Figure 5). 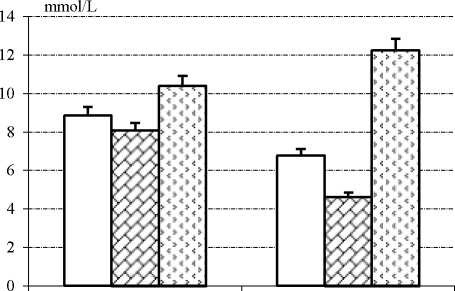 Figure 6 the indices of erythrocytes and leukocytes in the perception of sorbent after intoxication with dichloromethane.
Note: 1 red blood cells, 2 white blood cells

Improving the flow of lymph after taking enterosorbent accelerates the output of organic poisons from microcirculation zone. In experiment, sorbent SUMS-1 (1g/kg) was used as detoxicant.

Influence of the sorbent blood cells restored, indices of lymphocytes in the blood is improved. Usage of enterosorbents immediately reduced the impact of organic poisons on lymph dynamics and lymph in the blood (Figure 7).

lymph. The regeneration of blood in rats after the injection of sorbents prove that the sorbent SUMS-1 has a good quality of sorption. Sorbent SUMS-1 showed that it is possible to restore changes in the organism after intoxication. This shows that the work needs further researches. In experiment, applied sorbent SUMS-1 (1g/kg) as detoxicant which led to an improvement in the state of change which was the result of organic poisoning, in general terms - it became known that it has a positive effect on lymph flow, the cell lymph, blood cell elements, physicalchemical and biochemical parameters.

The regeneration of blood plasma in rats and renewal of biochemical and physical-chemical lymph indices after the applied of sorbents proves that the sorbent SUMS-1 has a good quality of sorption.

Figure 7 Level of hemoglobin in animals after enterosorbent influence.Note: 1 normal condition,
2 after intoxication, 3 taking the sorbent with CCl4