Falsification of drugs and their illegal turnover in the pharmaceutical market is a global problem nowadays. International organizations are making significant efforts in combating illicit trafficking of counterfeit medicines. The Republic of Kazakhstan is no exception. Over the past decade, the Ministry of health of the Republic of Kazakhstan, more than 90 facts of realization in the retail segment of the pharmaceutical market 40 kinds of counterfeit drugs. A key role in the implementation of activities related to the detection and prevention of falsification of medicines is given to pharmaceutical employees.

In most countries the direct responsibility of pharmacists and pharmacists in the provision of population pharmaceutical care is the organization and carrying out of a complex of measures aimed at preventing the emergence of the PM falsified/counterfeit drugs. Therefore, the analysis of the level of awareness of pharmaceutical workers on the issue of trafficking in counterfeit drugs on the PM of RK has relevance and socioeconomic importance.

The study materials and methods.

To achieve the main goals of the research we developed a questionnaire that consisted of two parts. The first part was presented by closed and open questions on the studied issue, while the second part - the personal data of the respondents, namely gender, age, education, years of practical experience in pharmacy. Previously, before the survey were reported to the confidential terms of use information received. The required sample size of respondents was calculated based on the expected reliability of the obtained results, i.e. the p value <0.05 was considered statistically significant [12]. The survey was conducted in 300 pharmacies in Almaty, Kazakhstan in 20162017. Just was offered for survey 350 questionnaires in the further work were selected 302 questionnaires, which were carefully filled all of its components. Previously, we have conducted assessment of the homogeneity of the entire set of respondents (302 people), as well as the degree of consistency of the answers of experts to questions of the questionnaire. So, by using standardized statistical approaches it was proved that the sample of respondents for indicator variables that were relatively homogeneous, therefore, the evaluation of the survey results was carried out on the total population of the respondents. In addition, an assessment of the consistency of answers of respondents for questions with the option of a multiplicity of answers. For this, we used the Pearson correlation coefficient ( ). In this case, the sample was vector = (where: j - number of the sample (group of respondents); i (i = 1,m) - the number of answer for the questions in the questionnaire; xji is the number of respondents in the group of specialists, who noted th answer. The calculated ratio ( ) was within the boundaries . A significance test of the Pearson correlation coefficient was the criterion ofStudent (tкр) [12].

Positive, from the point of view of the level of awareness of workers about the falsification of the pharmaceuticals on PM seem to be the results of the responses to the first question of the questionnaire, which was formulated thus: "do You Know what "falsified/counterfeit drug?". 256 people (84,76%) answered "Yes, familiar," 40 people (13,25%) indicated the answer "Difficult to answer" and only 6 (1,99%) of respondents answered "No, not familiar with what a concept". The next closed question "were there any cases of detection of counterfeit pharmaceuticals in Your practical activities?" 222 (73,51%) respondents answered No, while the rest (80 people or 26,49%) of respondents were familiar with the problem of counterfeit drugs. Further, the portion of respondents who met in their practice with counterfeit drugs, were asked to note how frequently they faced this problem. It was proposed to mark such answers: "Once"; "Periodically". Of the 80 interviewed experts who said that they are familiar with counterfeit drugs in their professional activities the vast majority, i.e. 52 people said "Once". As you can see, every fourth Respondent, the expert met in their work with the fact of falsification of the pharmaceuticals, which came in the pharmacy network for sale to the public. It's 17.22% of all the surveyed experts, or 65.0% of the respondents who noted the identification of counterfeit pharmaceuticals in their practice. The remaining 28 people responded that "Occasionally" collide with the fact of falsification of drugs. Thus, 14 (4.64% of all surveyed experts) man further noted the answer "1 year", 11 (3,64% of all respondents) respondents - "1 every 6 months", 1 Respondent (0.32 per cent respectively) - the "1 per quarter" and 2 people said the answer "1 per month".

Interesting is the analysis of the survey results the following question. Pharmaceutical employees who have experience with the forged pharmaceuticals (80 respondents) were asked to answer the question: "what are the signs of the inconsistencies You were an established fact of falsification of the pharmaceuticals that came to the pharmacy?". It was proposed to mark such answers:

The results of data processing for this question is presented in figure 1.

The survey we have found that the greatest number of respondents indicated the answer "Marking on the outer (primary) packaging of the goods" (28 expert or 35.0% from persons who have had experience in detecting counterfeit drugs). Further, the frequency of reflection by the experts followed by the answer "Design condition and appearance of secondary packaging drugs" (20 experts or 25.0%, respectively). Third place was taken by a "Data accompanying documents and information contained on the packaging of the drugs" (17 experts or 21,25%). "The lack of a complete set of product documentation, received by the pharmacy," said 6 experts (7,5%), "Lack of instructions on the pharmaceuticals" - 4 experts (5,0%) and "failure to follow the procedure and complete reflection of the necessary information in the instructions on the pharmaceuticals " only 2 respondents (2.5 percent). Difficulties with the wording of the answer to this question had 3 respondents, which made up 3,75% of all pharmaceutical workers who had practical experience of the detection of counterfeit pharmaceuticals in pharmacies.

The next set of questions concerned the organization of the complex measures to prevent fraud on PM of pharmaceuticals of RK. These questions were asked to all respondents, regardless of whether they had experience of detection of counterfeit products in pharmacies or not. Thus, in the processing we used the data of

all 302 questionnaires. The following question was formulated thus: "what is the most important in Your opinion the factors that contribute to fraud drugs in Kazakhstan?". By results of processing of questionnaires, the rating factors presented in table 1. As you can see in table 1 the three leaders formed factors that have a direct relationship to the functioning of the state system of ensuring the quality of pharmaceuticals in the Republic of Kazakhstan. Every third interviewed expert noted that the most important factor contributing to the falsification of drugs in RK is "Ineffective organization of quality control of imported to Kazakhstan pharmaceutical products by the competent state authorities". Further, by a considerable margin followed by the answers "Flaw in the organization of work of the competent authorities governing the circulation of pharmaceuticals in Kazakhstan" and "Lack of strict sanctions in case of detection of falsification of pharmaceutical products and its illegal and illegitimate implementation on PM RK". These factors are noted every fourth expert, who participated in the survey. Every sixth Respondent said this important as we consider the factor as a "Low level of coordination of government bodies responsible for the implementation of quality pharmaceutical services to the population of Kazakhstan", and every seventh is the "Low level of efficiency of state regulation on FR in General." 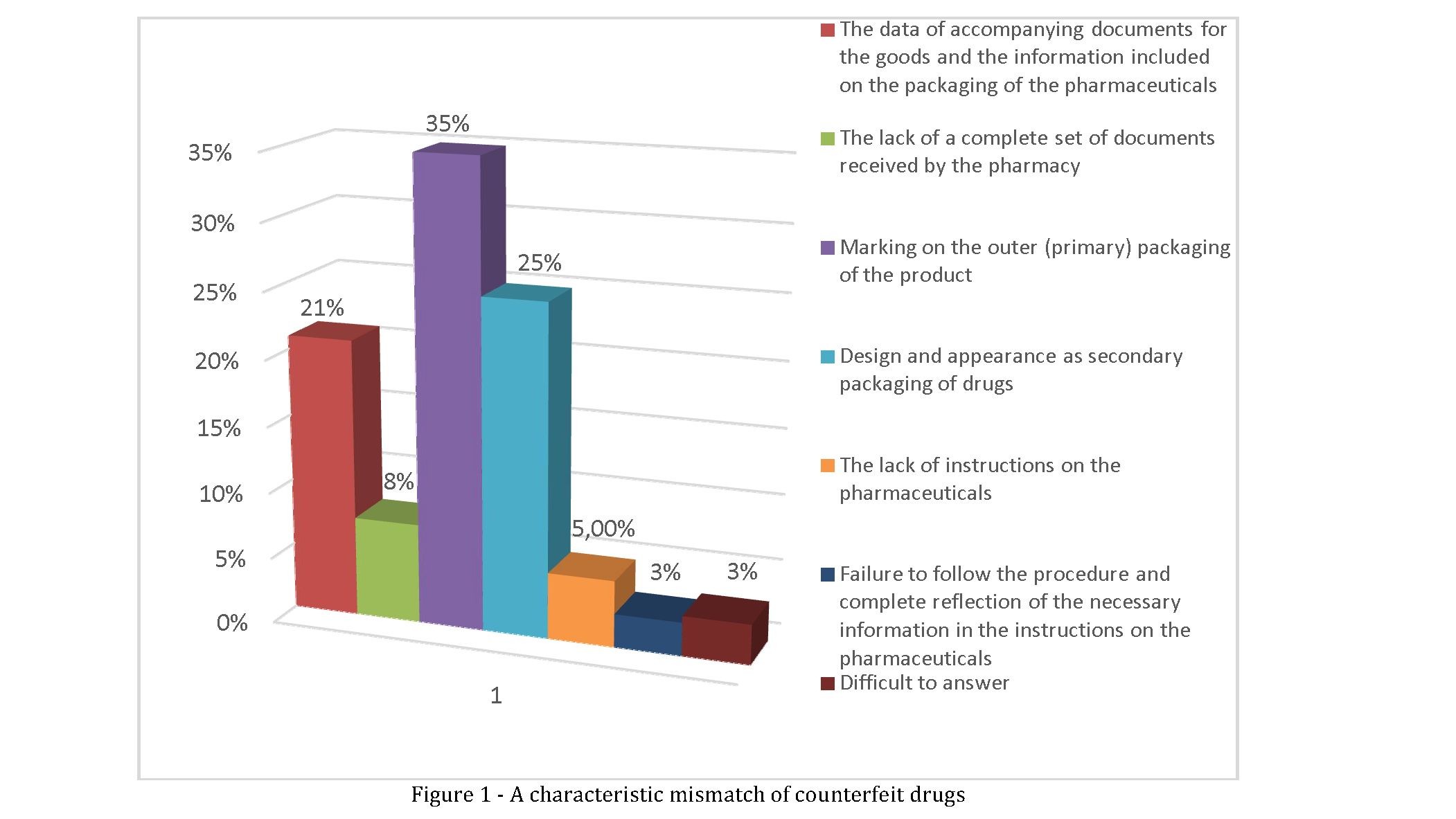 Table 1 - Ranking of contributing factors, according to experts, falsification of pharmaceuticals in Kazakhstan

Dale by a considerable margin followed such answers as "the Lack of competence of specialists working in the state system of ensuring the quality of the pharmaceuticals coming on PM RK" (every fourteenth Respondent) and "Imperfect legislative and regulatory framework governing the turnover of drugs in the Republic of Kazakhstan" (one seventeenth). Less likely, according to experts affect the falsification of pharmaceuticals such well known factors as their social relevance and commercial appeal. Thus, we can say that the vast majority of experts believe that to the greatest degree of falsification of pharmaceuticals in Kazakhstan contributes to the lack of effective quality control over drugs at all stages of the supply chain in the system of pharmaceutical provision for the population is especially observed in the stage of importation of pharmaceutical products into the country. This is a complex problem requiring to solve a wide range of professionals working not only in the pharmaceutical industry.

Next, we faced the task to determine the level of awareness of experts about the correctness of their actions in case of detection of them counterfeit pharmaceuticals in pharmacies. To the question "Where or to whom You would appeal if found falsification of pharmaceuticals in the pharmacy?" respondents were asked to note these options: "Turn to your immediate supervisor"; "Appeal to the hotline of the National center of examination of medicines, products of medical purpose and medical equipment" (NCELS) of the Ministry of health of the Republic of Kazakhstan"; "Addressed to Department of Committee of control of medical and pharmaceutical activities of the corresponding territorial subordination"; "Turn to a distributor that has implemented this PL the pharmacy"; "unsure" (figure 2). Optimistic is the fact that only 14 people or 4.64 percent had difficulty answering this question. The vast majority of respondents indicated the answer "Turn to your immediate supervisor" (of 77.48%). Thus, more than three fourth of the respondents consider it necessary to inform the management of the pharmacy in case of detection of counterfeit goods, which seems the correct and logical action. This starts next, a mechanism of phase-state control over the quality of drugs in circulation on PM.

Already in the purview of the management of the pharmacy are such actions as "return to the Department of Committee of control of medical and pharmaceutical activities of the corresponding territorial subordination"". It should be noted that in accordance with the requirements of laws and regulations

At the end of the questionnaire, respondents were asked to mention the most important, in their opinion focus on the fight against illicit trafficking of counterfeit products on the domestic PM. On the proposed options of answers were obtained the following data:

Among the answer options "Other" respondents cited such as "Strengthening international cooperation", "Increasing penalties for falsification of drugs", "Deprivation of the license to engage in a particular activity in the field of pharmaceutical security of the population", "Technical re-equipment control and analytical laboratories, Active cooperation with foreign pharmaceutical companies, representing their products in PM RK", etc..

The last question "do You Consider necessary the development of guidelines to identify counterfeit drugs and prevent their illicit trafficking at the wholesale and retail segment of the pharmaceutical market?", more than half of respondents (194 or 64,24%) answered Yes, you need it". 49 (16,23%) of experts answered "No, do not consider it necessary", and 59 (19,54%) experts said the answer "Difficult to answer". Analyzing the preferences of experts on the last two questions of the questionnaire, it is possible to make such a conclusion. The vast majority of experts believe that the most effective way to solve the problem of illegal trafficking of counterfeit drugs is in the tightening of criminal responsibility for fraud and illegal sale of drugs, and also in the legal plane. Until 2015 in Kazakhstan for falsifying PL provided only administrative responsibility. At the moment, article 323. "Treatment of falsified medicines, medical products or medical devices" of the Criminal Code provides imprisonment from 2 to 10 years of imprisonment [14]. It should be noted that at the moment the world's fight against counterfeit products in PM, there is a trend of gradual transition from the concept of increasing the punishment for falsification of the pharmaceuticals to the formation of social active model to prevent the unlawful production and distribution of counterfeit pharmaceuticals on PM [1,2,15]..

We also believe that the most important direction for future research will be the analysis of various factors influence on the effective functioning of state mechanisms of control over the quality of drugs in circulation. In addition, it is necessary to develop practical guidelines for detection of counterfeit drugs and prevention of illicit trafficking in the pharmaceutical market of the Republic of Kazakhstan.