Thermal networks classifyed as the topological connected objects are considered, therefore work of networks is substantially characterised by their structural features.

The structural analysis of thermal networks of cities of Kazakhstan with use of the methods considering structural features of thermal systems and giving to them quantitative estimations is made.

Structural analysis allows determining special properties, weak and strong point of these networks. Proposed method of structural analysis was carried out for heating networks of Kazakhstan cities as of 1980-1990.

Created graph models of city heating networks were reflected at the first stage of the analysis by network graph vertex-branches incidence matrixes (A) and independent loops matrix (B).

When performing systems structural analysis it is often necessary to have method allowing determining some structural features of systems and giving them quantitative estimation. Expediency of determining such features is in the fact that the necessity in evaluation of system structure and its elements quality from the position of overall system approach appears already at early design stage. Consider some of them[1].

Parameter ε2 characterizes capacity slackness of the set structure with m edges and n vertexes in achievement of maximal connectivity. This parameter in relative terms is used for comparison of various automated control systems structures. 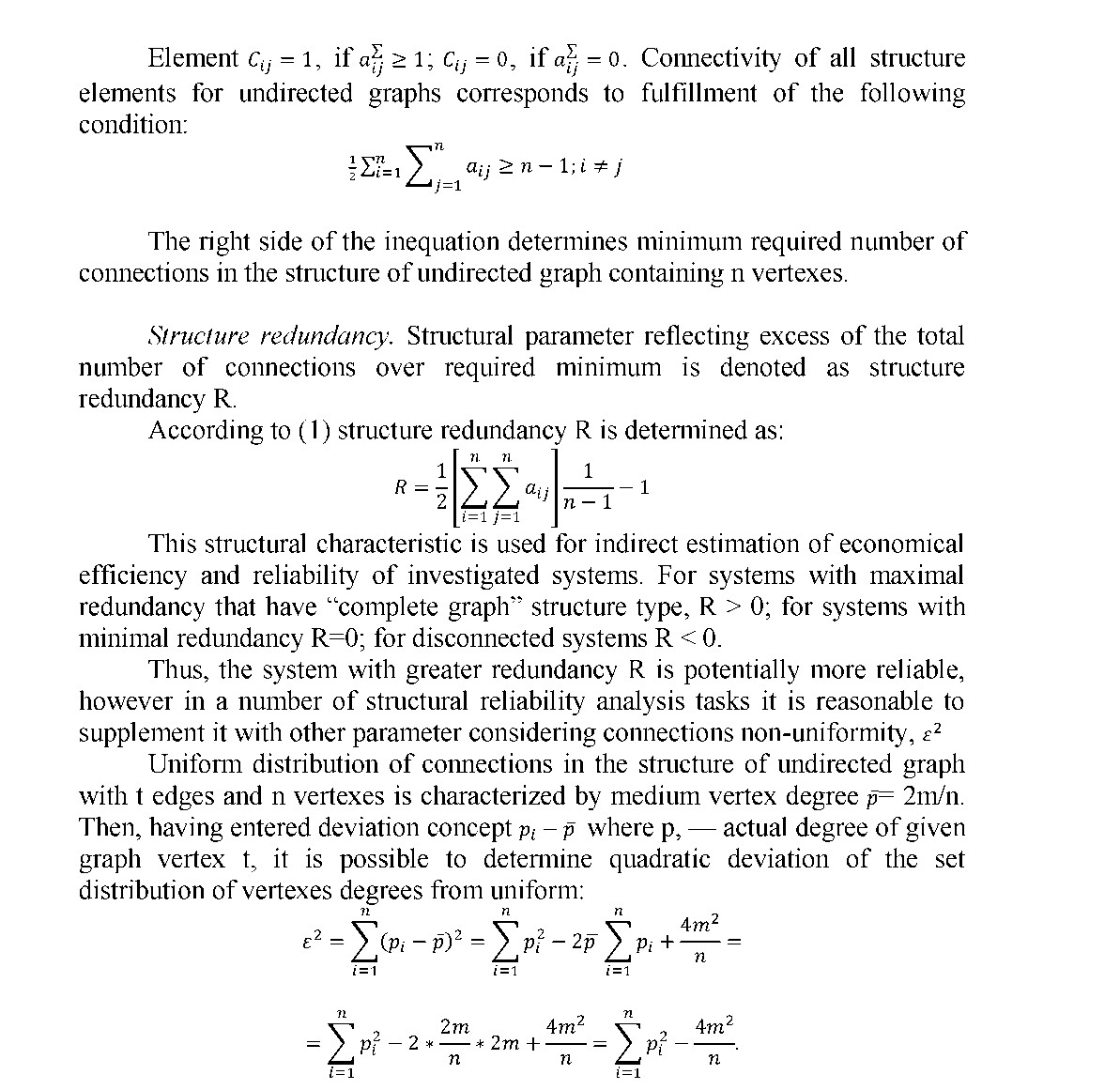 Element rank is used when representing system structure in the form of directed graph. This characteristic allows distributing of system elements in the order of their magnitude. Element magnitude is defined here only by number of connections of this element with other ones. Certainly, element rank in such definition doesn't give complete characteristic of element importance in system as in this case accuracy, information and other functional characteristics of element are not considered. However, having characterized element by rank the following plausible assumption can be made: the higher element rank the stronger its connection with other system elements and therefore the more severe effect of its performance quality change. Strict definition of element rank is integrated with certain computing difficulties therefore at this stage of structural analysis approximate way is quite enough. For practical tasks this way gives almost true values of element relative ranks and doesn't require big calculations. Values of elements ranks are quite useful information for distribution of temporary, cost and technical resources for achievement of tasks set at technological networks design stage. Quantitative characteristics entered above may be used when performing comparative evaluation of systems structures topological properties.

Model of city heating networks is presented in table 1. At that due to volume representation of network graph (e.g. Almaty (Fig.1)) column 2 of table 1 contains only generalized model of network graph. 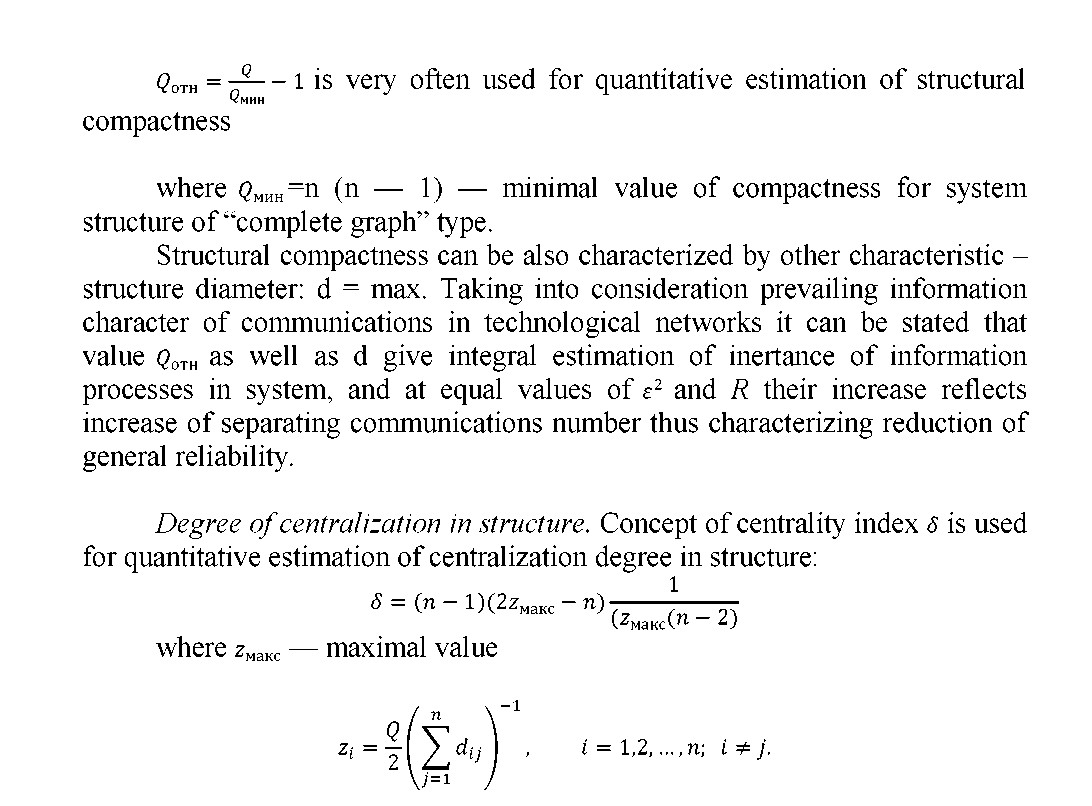 Reviewed structural characteristics were received only based on the information about composition of elements and their connections. Further development of structural parameters construction methodology for solving structural analysis problems can be based on non-structural information by entering numerical functions onto graph. It allows considering other relevant sides of interaction (temporary, reliability, cost and ect.) along with elements composition and interaction directedness when solving structural analysis problems. 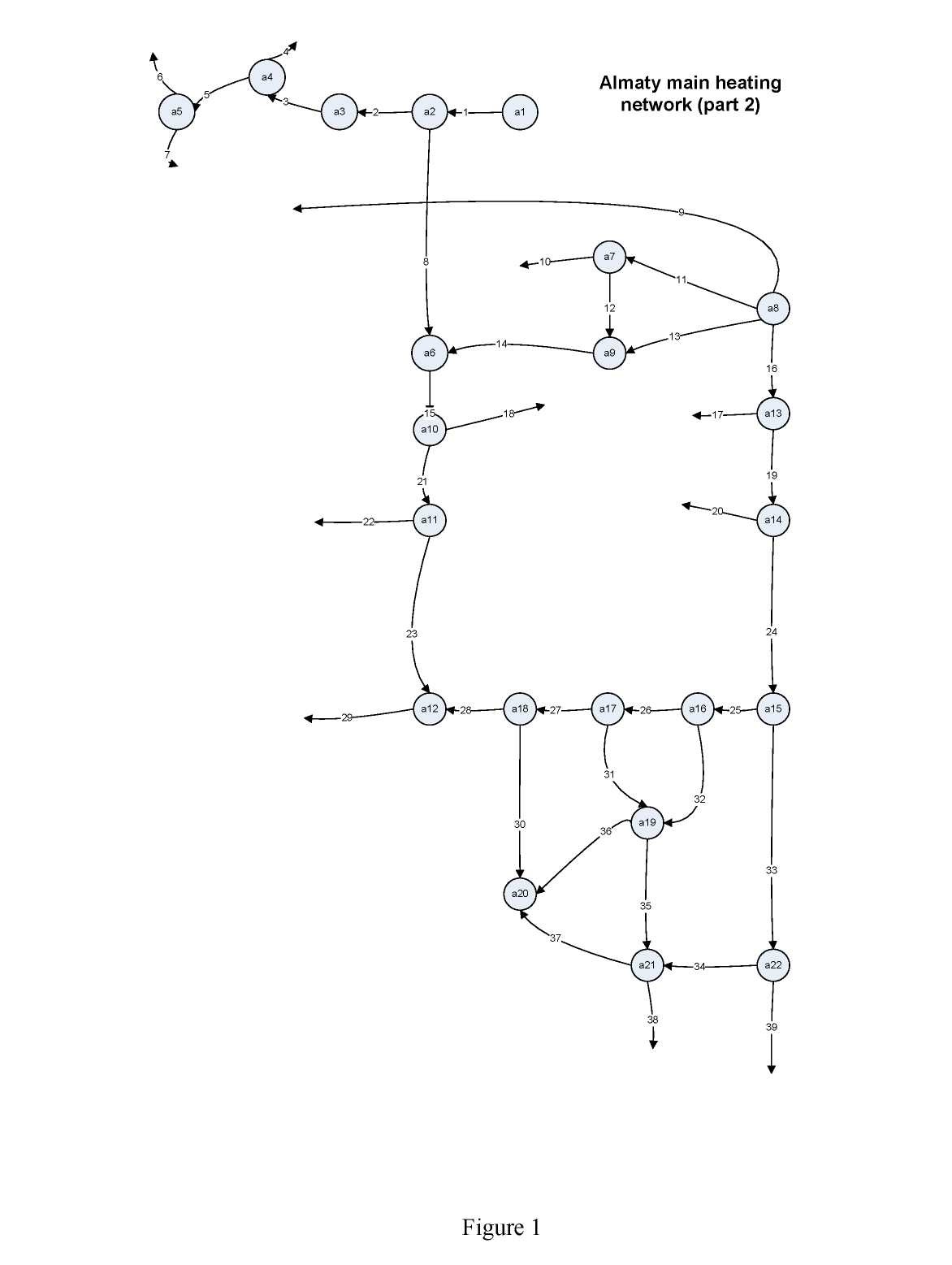 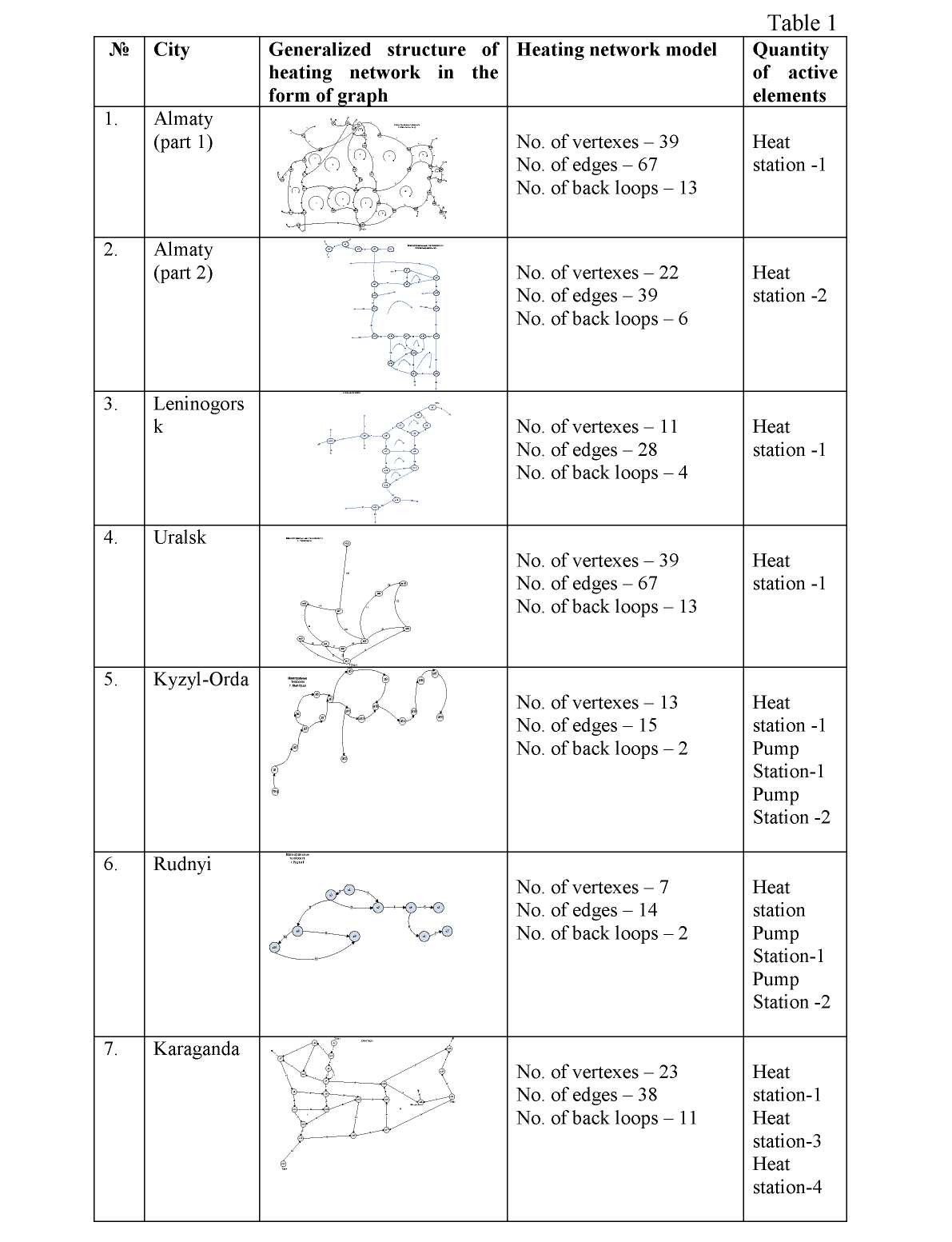