The problem of optimisation of planning of output which is reduced to a problem of linear programming is considered and solved by simplex method. The model for optimum planning of process production at the limited resources is offered.

Let's consider the production units, consisting of various production lines, where the output of each node can be used as input for other nodes. 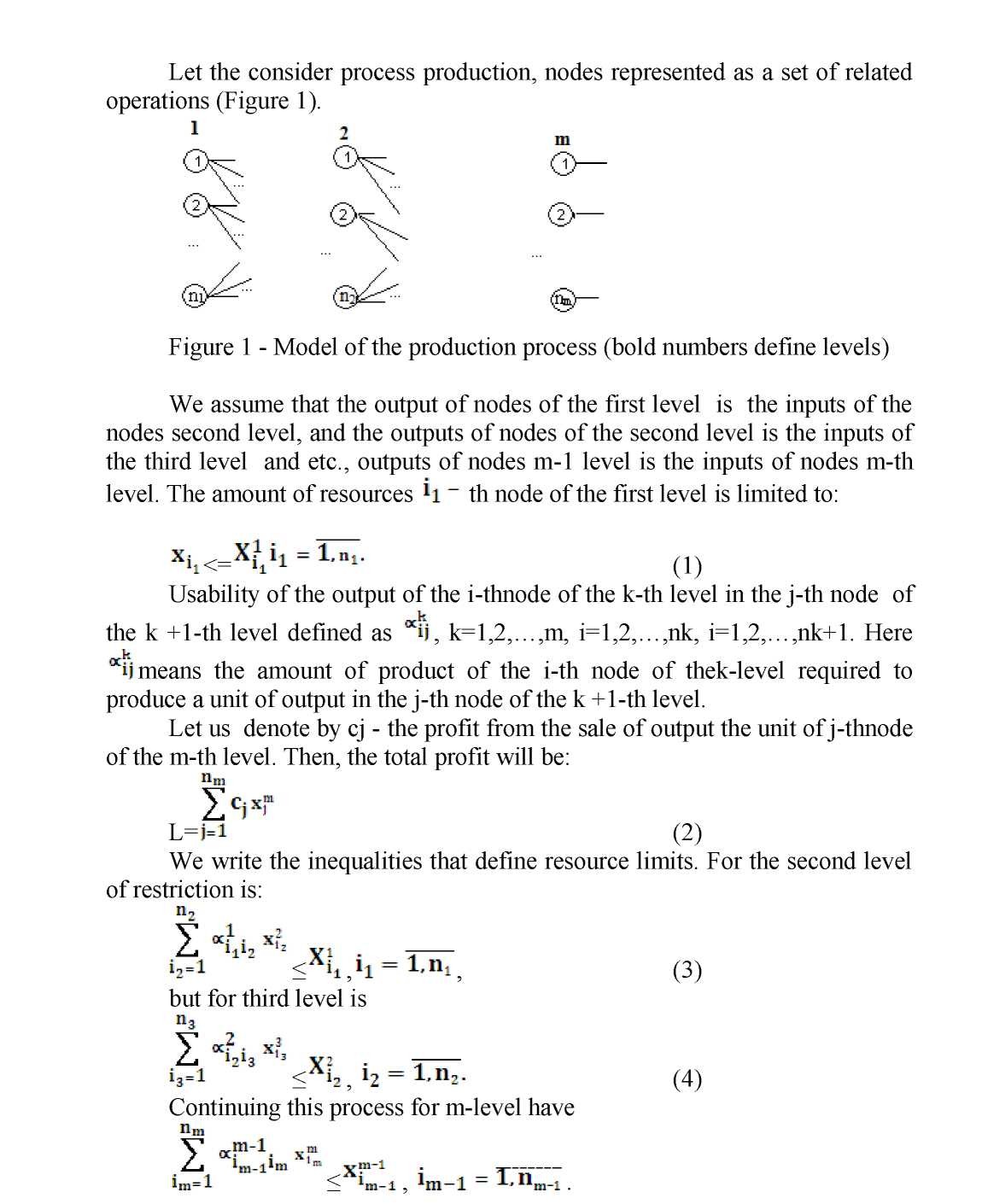 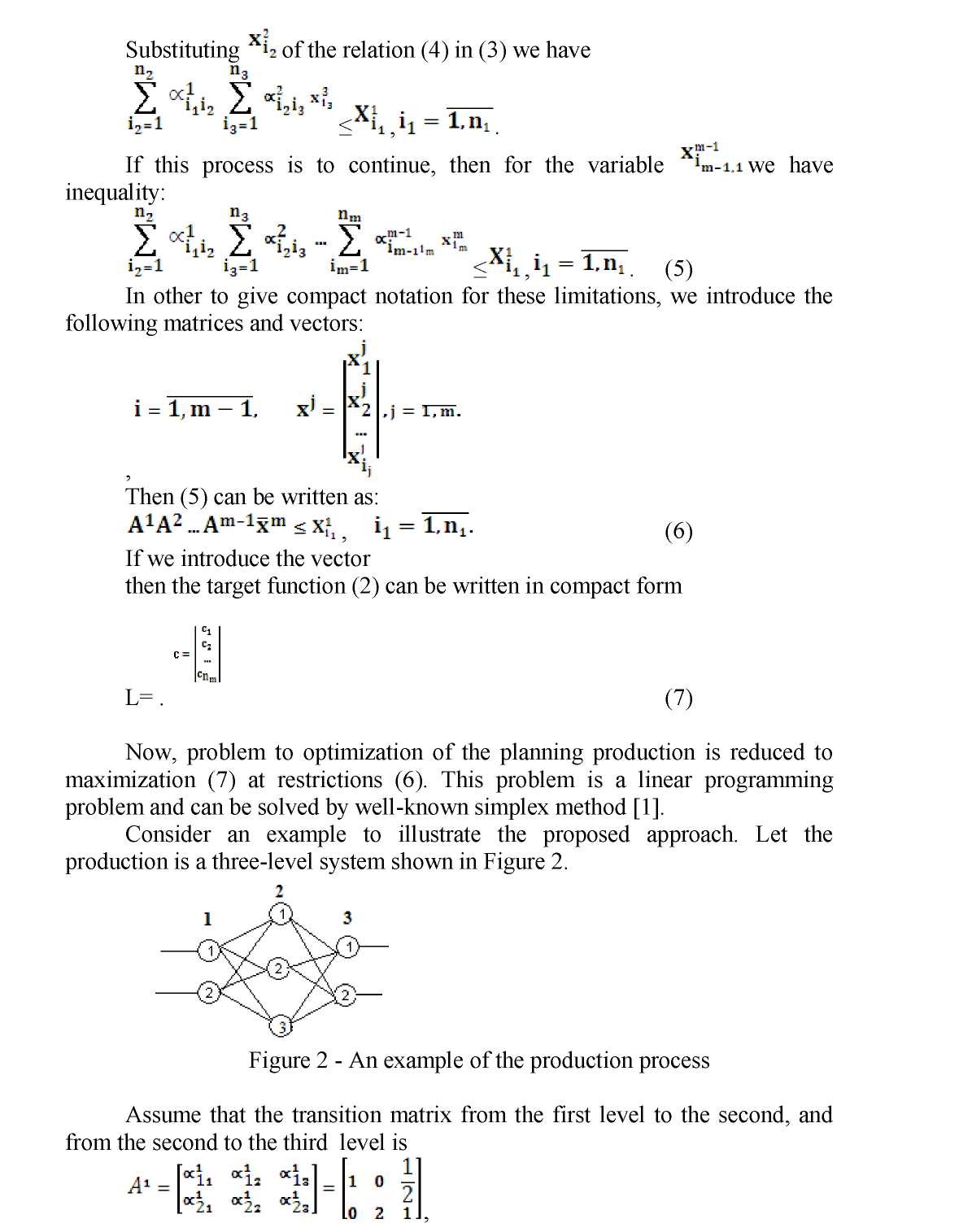 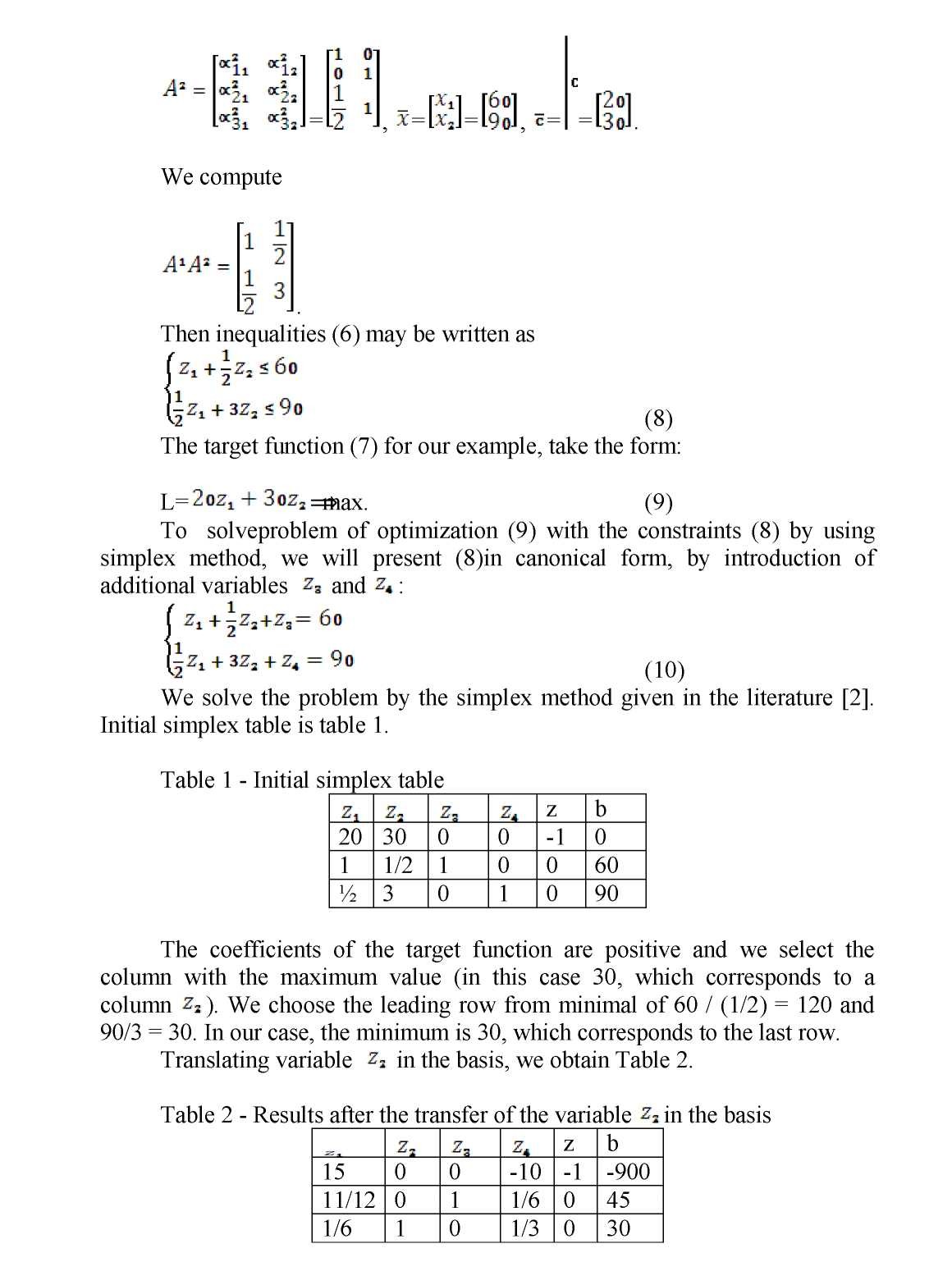