Before training it is necessary to set initial values of weight factors in the neural network in this or other way. The weight factors are usually initialized randomly. Statistical adjustment is intended to improve the initialization algorithm on the basis of additional information about the data [1,2]. The purpose of static adjustment is:

Let us mark the weight factors of synoptic maps for layer m as:

Data processing for the nucleus Ai is defined by the expression

In the training algorithm along with synoptic chart adjustment the nonlinear functions selection by changing their arguments displacement is performed. Formally, displacement is realized by adding a fictitious (dummy) m

xi (*) coordinate, which usually has a constant value equal to +1, and, besides, for each neuron nucleus an adjusted synoptic weight value wi (*,b) is added. This technique allows you not to change the form of the expression (7), assuming that the number of summands in this sum is increased by one.

1) For each input variable x(u) the following is considered to be known - the average value of the variable: x - change range: ʌх

For each input neuron the input variables change in the authentic levels range should have about the same change of the neuron output signal.

The level of displacement for each neuron must be set so that to provide at the average the maximum value of the derivative for the activation function in the training sampling. 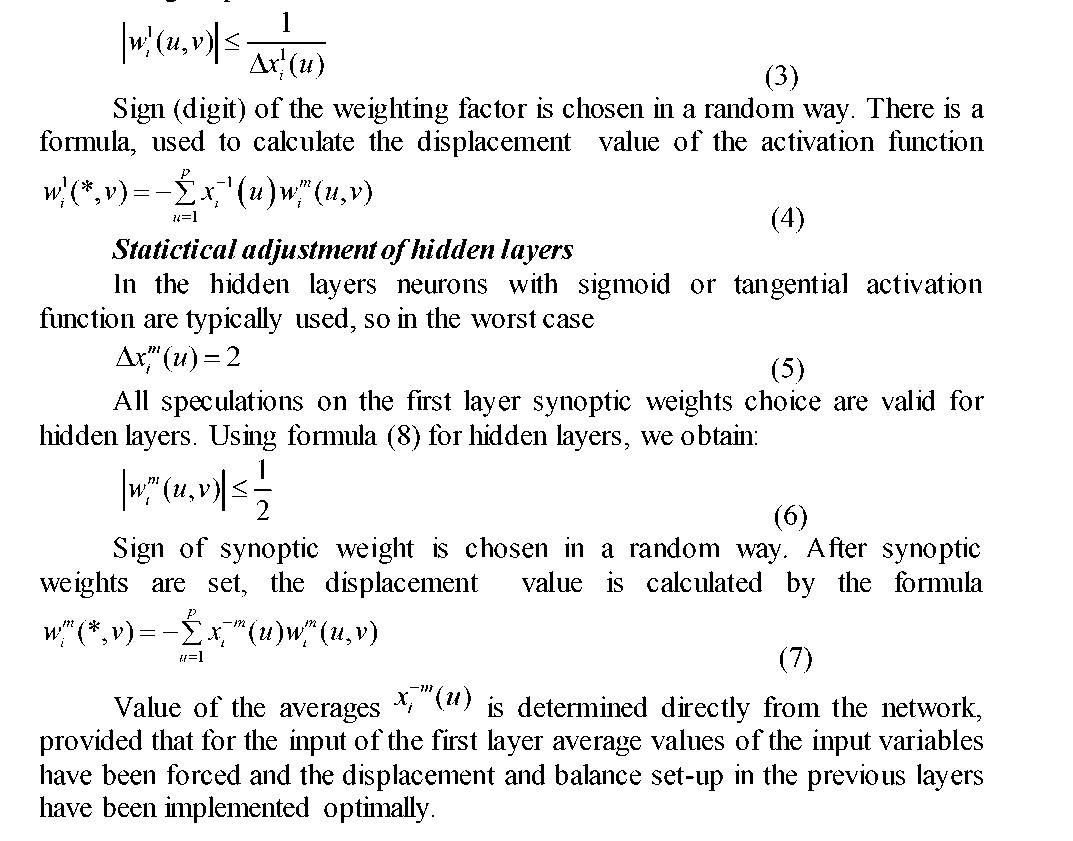 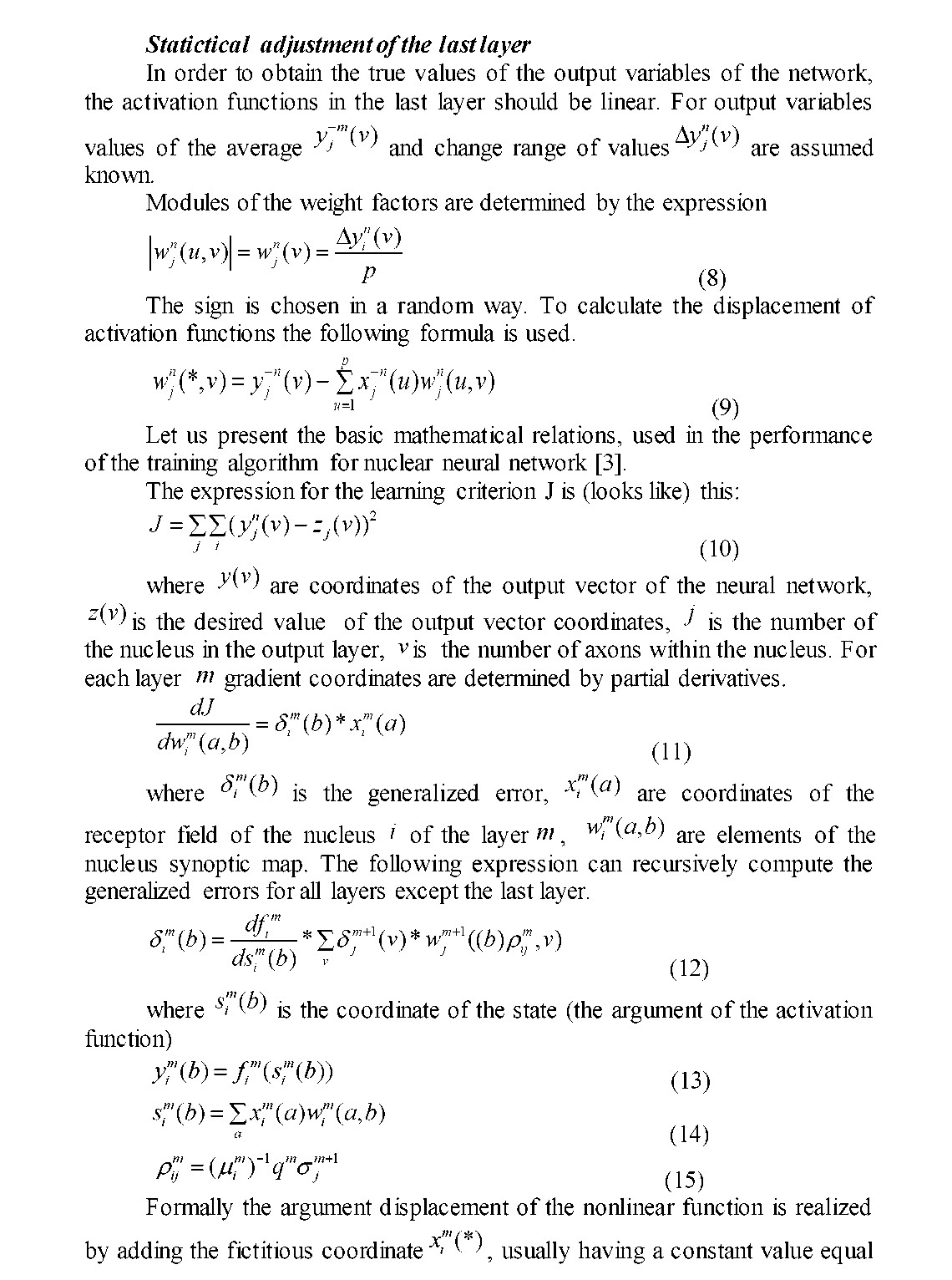