It is known that water in its pure form is a dielectric until impurities appear in it, which dissociate into conductive ions. The same theory speaks of the dependence of the concentration of free ions and electrical conductivity. However, there is an assumption that non - polar monoclusters exist in the volume of water (probably occur under pressure), the conductivity is low or even zero. If in reality there are such structures, then the conductivity of water should increase with different methods of its treatment. Previously, studies have been conducted showing an increase in the conductivity of water in after its treatment [1]. For more convincing evidence (there was a suspicion of microorganism interference), the experiments were repeated with a decrease in time, i.e. cooling water after heat treatment.

The experiment was carried out in the laboratory of nanostructuring of liquid media at the North Kazakhstan State University named after Manash Kozybayev. Two types of water were used for the experiments: 1) boiled water, 2) running water; electrodes, multimeters (ammeter, voltmeter), a source of alternating current with a frequency of 50 Hz, two glass vessels with a volume of 700 ml.

Initially, samples were taken in different vessels boiled and running water, then left for a while until the water reaches room temperature. In this case, the vessels were located at a distance of 3 meters from each other and were isolated from sunlight. The process of removing the volt - ampere characteristic took place as follows: electrodes connected to a current source and a multimeter were placed in a vessel with cooled boiled water, gradually changing the voltage (from 2 V to 20 V), the current was measured.

For the accuracy of the experiment, measurements were carried out several times, while waiting for the electrodes to dry and only then placing them again in the water and waiting for about 30 seconds for the electrodes to wet. The same was done with running water. The obtained values were entered into an Excel document and processed data directly in it. Measurements were taken in the afternoon. Examples of measurements are presented below in tables 1, 2, 3, 4.

Table 4 Measurements were made on February 27, 1919 (running water) 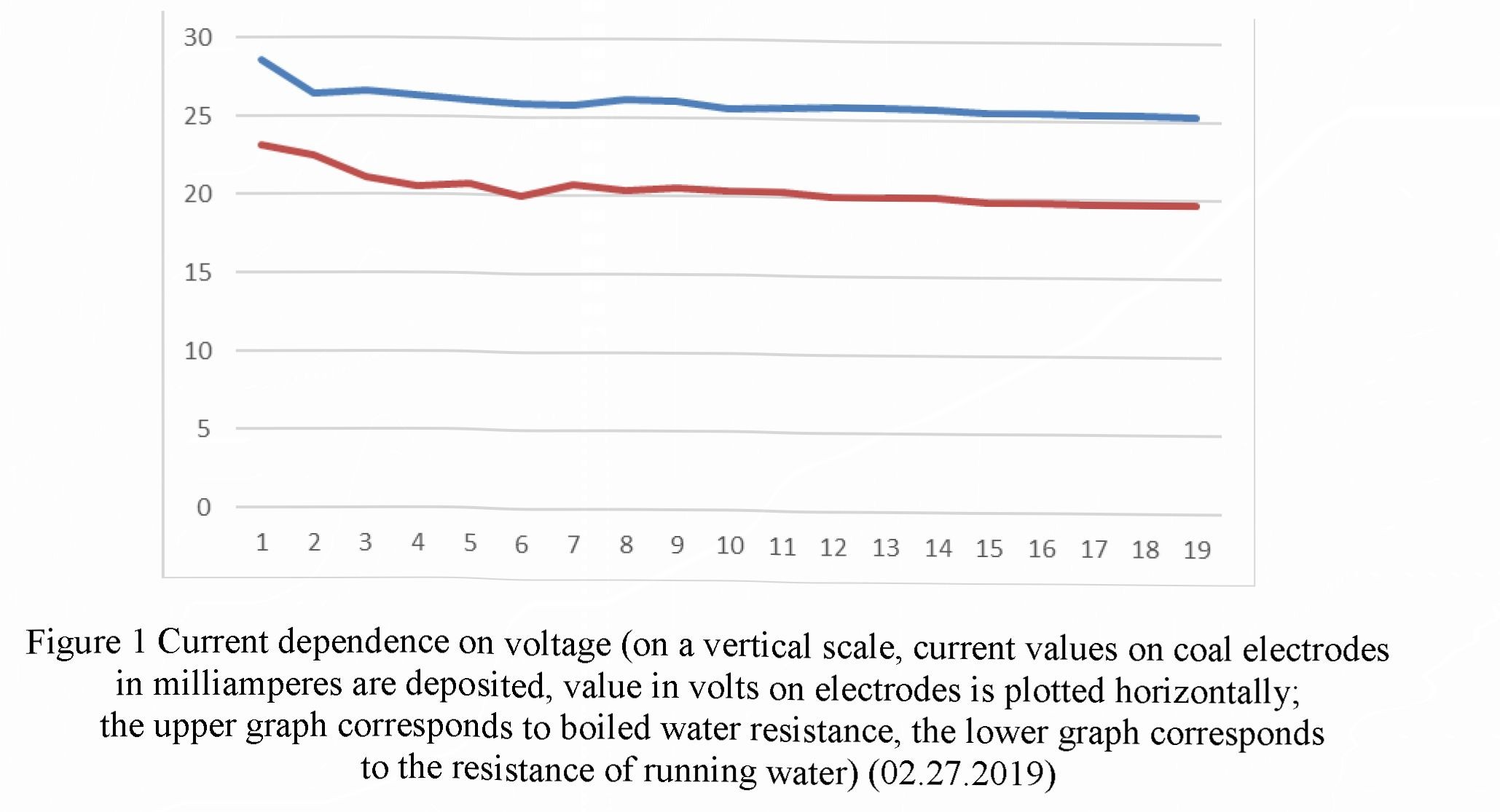 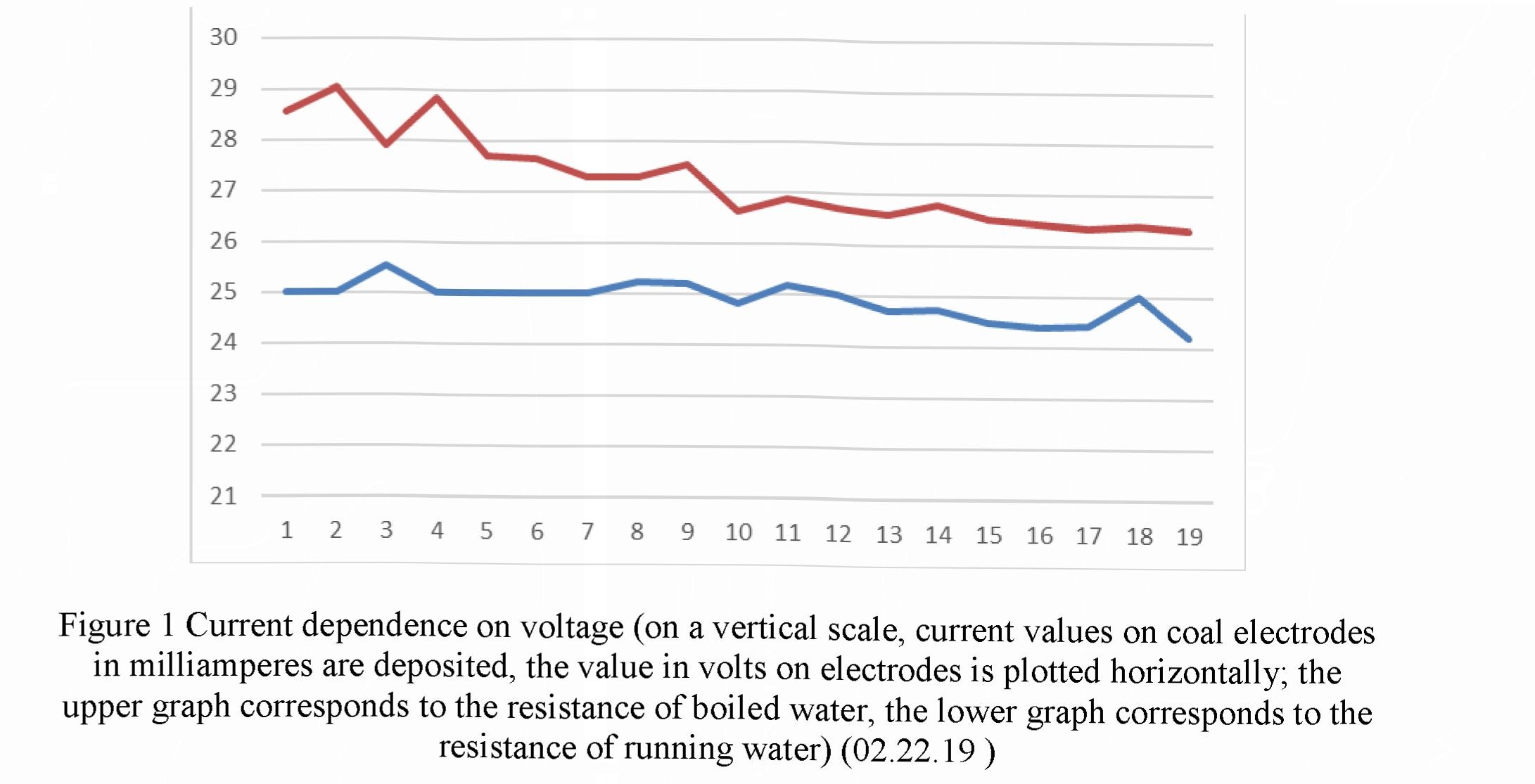 According to the data obtained in the course of the experiment, graphs were drawn showing the dependence of the current strength on the voltage and you can clearly see the differences in the current conductivity of boiled and running water (Figure 1, 2).

This experiment showed that the electrical conductivity of water after boiling increases. This suggests the possibility of the existence of a theory about neutral mono - cluster structures in the volume of water, which impede the passage of current and collapse during boiling.