Experimental investigation of intonation in kazakh quasi-spontaneous and spontaneous speech

The article deals with lingua cultural aspects of language. Nowadays these aspects of language in comparison with other fields of linguistic study are comparatively new. We know that lingua cultural aspect of lin­ guistic science appeared at the beginning of the XX century. Investigations show that it gradually ejected country study. Despite the fact that lingua cultural science (as we call it culturology) is a new field of investigation, methodological foundations of study of problems of language and culture interactions are being formed. We have tried to show some of them in this research work. This research covers the description of the criteria of complex consideration of the problem. It includes the necessity of deter­ mination of the borders of lingua culturology and teaching this subject at schools and universities because lingua cultural information becomes a necessary communicative part of the competence of every student, spe­ cific manner, which are realized in the semantics of language unit. As we know, lingua cultural science studies interrelation of language and culture, but it is different from culture­oriented linguistics and we paid attention to the linguistic aspect in this article. In this research work we have tried to determine the object of investigation of culturology and discover types of culture, its layers, its connections with other fields of sciences. More at­ tention in the study of cultural science is paid to cultural, social state and national features of people speaking this or that language and possessing the culture with all its self­belonging peculiarities.
Bekmasheva B.N., Zhautikbayeva A.A. 2016

In the article facing with such ignorance odoured mysery laws muslim women’s playces in society her confronted rightlessness, violents, tempo­ rary wedlock distroying many muslim women’s lives, forced marriages, forced marriges of underage women with old men etc. and reflection of these in our literary literature had been researched. Simultaneously op­ portunities like women value in islam religion, women rights its possesing equal right with men etc. had been spoken in the research. Also ancient turkish women’s heroism, knight, had been researched in the article. In research paper founder of Azerbaijan playwrighting famous play­ wright, writer M.F Akhundzadeh’s creation muslim woman’s life, their faced violonce, victims of ignorance and uneducation muslim women’s lives try to enlighten. Simultaneously, playwright tried to show muslim women’s defects in their world sight, ignorance uneducatedness, called them to education and culture. Akhunzadeh skillfully using the type to speak own language style, re­ covered their defects. In this research simultaneously, touched the oppor­ tunities like muslim women’s pure love, her faithfullness to her spouse, lover, conserning for her pare, being upset etc.
Azimova A.Y 2016

The research work analyzes the influence of metalinguistic processing of geographic names in Kazakhstan. Any person or traveler wants to understand the meaning of a geographic name, when he sees familiar or unfamiliar geographic names during his journey
Madiyeva G.B., Rivers W.P., Boribayeva G.А. 2018 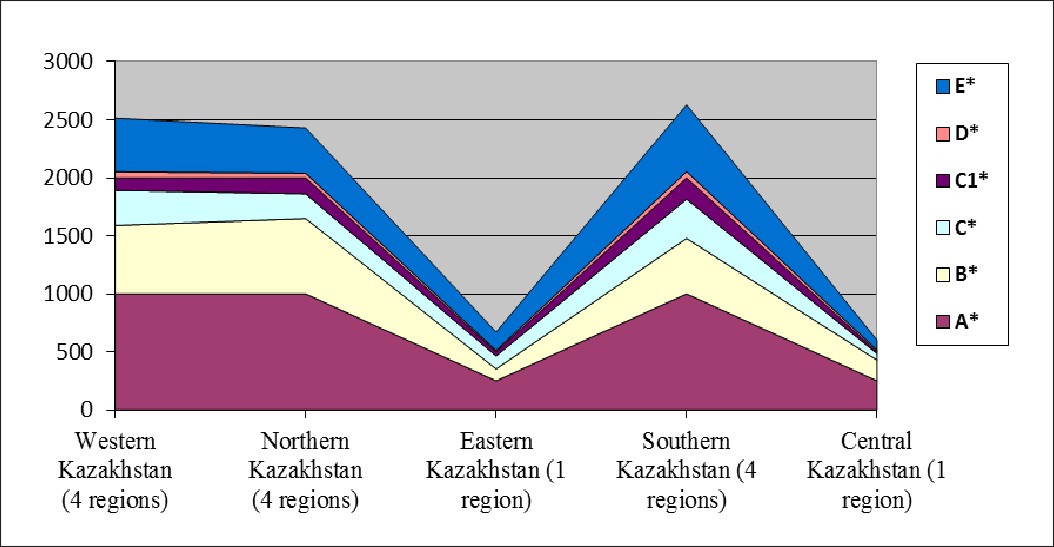 It is analyzed in these four articles written about relationship between human-language and culture and importance of culture in FLT critically.
Yakup Doganay, Ma 2011

This article investigates the importance of the term «concept» in mod­ ern human science. The essence of this notion is considered in the light of different scientific disciplines and approaches. On the basis of generaliza­ tion and analysis of theoretical works, devoted to the problem of concept, the properties and characteristics, the specificity of the artistic concept are revealed. In the process of analysis it was proved that in literary work, this term appears as a fixed option of individual author’s concept, which is accumulated in the semantic configuration of its concept sphere. The study of the artistic concept allows not only to penetrate in the nature of verbal creativity, generating artistic sense, but also to explore the art of communication. This paper examines the contribution of literature to the development of the concept sphere of people. It is stated that in modern philological science, this concept acts as a tool in studying the unity of the artistic world of the literary work and the writer’s national world.
Mukhtar L. 2017

The article discusses the features of conversational vocabulary transla­ tion in prose, as the same lexemes can have different stylistic signs in vvvaaarrriii­­ ous academic dictionaries and clearly demarcated between mentioned in a speech lexemes. Analysis of English spoken language in the text of the novel by Thomas Hardy’s «Tess of d’Erbervilley» in translation from English into the Russian language shows that the translation of stylistically colored vocabulary causes some difficulties because of its national specificity, se­ mantical and emotional richness. In this regard, consideration of methods of translation of spoken and stylistically reduced vocabulary from English into the Russian language also remains topical. Sometimes translators solve relevant issues in the translation process. On the specific examples is proved that the lexical and phraseological units of colloquial style of any developed language reveals not only the specifics of the structural and grammatical organization of the language, but, most importantly, reflect in their semantics process of history and culture of the people. They are fixed and transmitted from generation to generation, culture attitudes and stereotypes. It is also determined that the use of the local language may be due to different geographical factors, as special colloquial phrases, dia­ lects, and sometimes accents in the speech of the characters.
Kan V. 2017

Cognitive linguistics is a modern school of linguistic thought and practice which is concerned with the relationship between human language, the mind and socio-physical experience.
G. H. Aliyeva 2011