The Socio-Political Situation in Iran at the Time of the Revolution. Early years of the 19-th century cannot be considered good for Iranian people.
Ebraheem Gaseemi 2011

Linguacultural aspects of simile in kazakh and english languages

A simile is a figure of speech that directly compares two different things, usually by employing the words "like", "as". Even though both similes and metaphors are forms of comparison
Н. А. Оспанова 2012

Integrating the newspaper and the news into the curriculum

In this article the author tells about using the news at the English lessons. The mass media certainly influence the students and the teachers during the studying process.
Е. Н. Михальченко 2012

The category of time relation the present perfect tense

The problem of the perfect forms seems to present more difficulty and considerable differences of opinion
К. Т. Нугушманова 2012

On cognitive and cultural linguistics

The article investigates such sociolinguistic aspects of the modern Kazakhstani society like a language prestige, the change of linguistic behavior of learners of different educational institutions
Алдабердикызы Айдын 2012 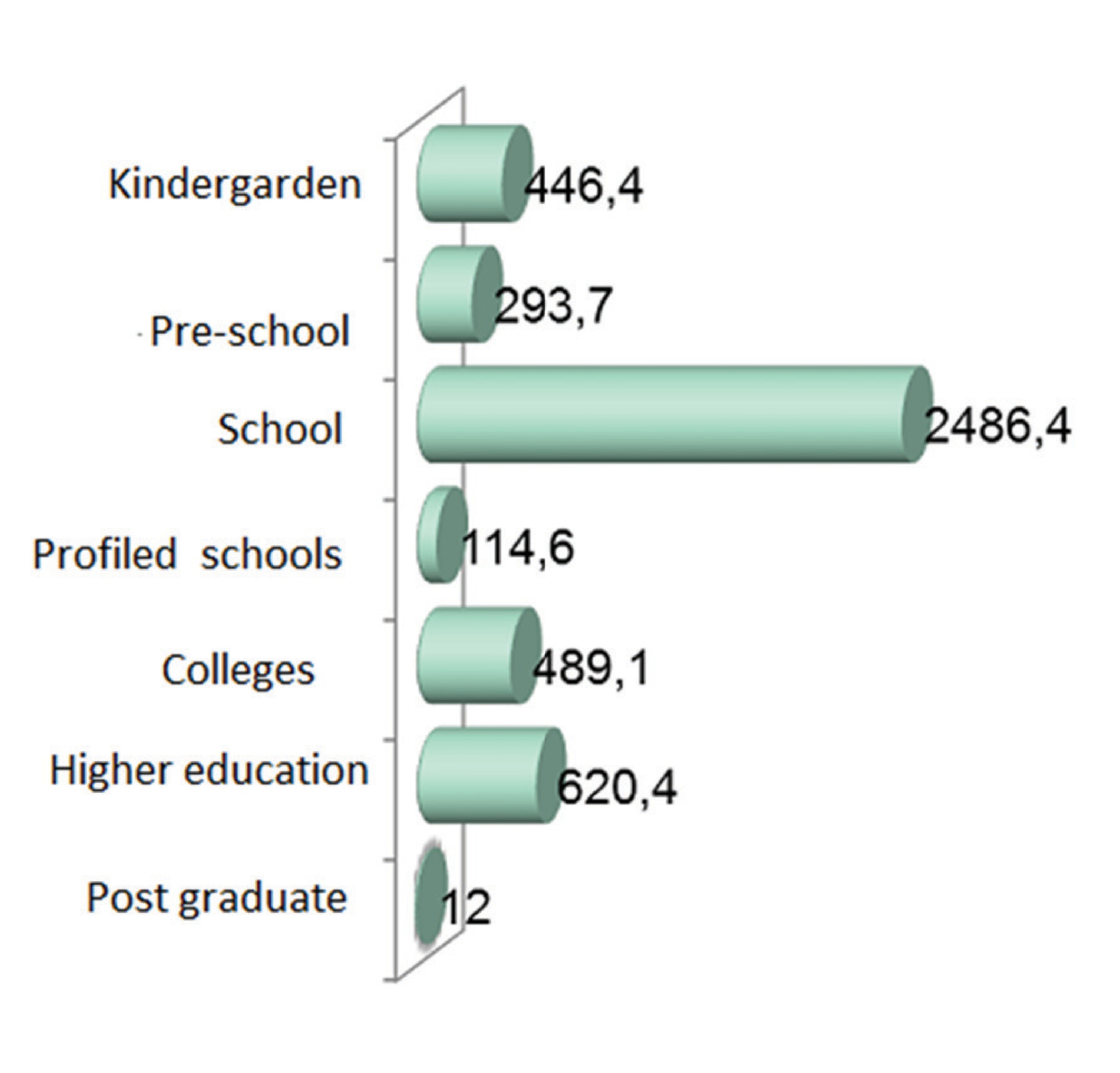 The purpose of modern education is the formation of an individual possessing comprehensive knowledge, new outlook on the future, and creative thinking. The formation cognitive competence of the students, their desire to strengthen their independence is the basic requirement for the improvement of the level of teacher’s educational activity in a com­ prehensively new direction. This article is dedicated to the methods of developing students’ cognitive skills, as well as the ways of improving the educational process at lessons of Kazakh language. Moreover, a special attention should be paid to the use of innovative technologies in the edu­ cational process in order to achieve good results in activation of cognitive activity of the students. As teaching is a special type of cognitive activity, works carried out in this direction is dedicated to the development of the competences of the students.
Darmenkulova R.N., Alymtayeva L.T., Amirov A.Zh. 2017

This publication offers a different approach to the uses of learning technologies in the language classroom.Using of ICT in the learning pro­ cess makes it possible to activate the cognitive, mental and independent activity of the students , to intensify the learning process . The main task of teaching foreign languages (FL) is forming and devel­ oping communicative culture of students, teaching practical using foreign languages.Nowadays, the introduction of the personal computer, multime­ dia technology and global information network Internet affects the educa­ tion system, causing significant changes in the content and methods of teaching foreign languages.
Almabaeva G.B., Artykova E.U. 2017

“Let’s Get on the Same Page”: Clarifying Language Policy Discussions

Language is most generally, a systematic way of communication. Language can be linguistic (verbal communication), extra-linguistic (“body language” or sign language), but regardless, both implicitly and explicitly, language is and must be systematic in order to be distinguished from the articulation of random morphemes and/or gesticulations
By, Dr. Elise S. Ahn, PhD 2012

As the process of globalization involves drastic transformations of economies and societies as a whole, its impact on culture and language must not be underestimated as it can be traced in every aspect of life. To analyse better whether or not the increasinguse of English is detri­ mental to Kazakh language and culture in the long run, a further and de­ tailed research needs to be conducted on the extent of the use of English in Kazakh society and its effects on Kazakh educational system and culture. In the process of globalization Language borrowings are a clear evidence of linguistic dominance of one language over others; Borrowing has been defined as the introduction of phonological, morphological, lexical, and syntactic items from one language or into another. Also, having noted that the spread of English is an indication of glo­ balization process, the analysis of who supports and who opposes to the spread of English in culture in general and in education in specific, one can draw some conclusions who supports and who rejects globalization.
Halenova A.R., *Artykova E.U., Mahazhanova L.M., 2017

Culture as reflected in Kazakh mentality

The communicative behavior research gained importance in Kazakhstani linguistics in the first decade of the XXI century. Interest towards the national history, customs and traditions was triggered by intensification of selfconscience of Kazakh people and expanding international relations within and outside the country.
M. Ashirimbetova 2018