In modern conditions in connection with development of numerous technological processes, both in a society, and in a science there is a considerable quantity of sources which create danger, as for harm-doing of the person, and to his property by the corresponding sources. Accordingly, also the quantity of cases of occurrence of obligations, owing to harm-doing by the given objects increases. There is a necessity to establish who will have the duty to bear consequences of such damage: the one who has caused it, the one who has incurred it, or probably any third party which wasn't harm-doer or victim. The appreciable place among set of various legal means by means of harmful consequences can be smoothed down, belongs to the obligation arising owing to a trespass by a source of raised danger. The quantity of infringements of the rights of citizens, despite accepted by a society and the measure state, unfortunately, still remains high.
Alieva L.R. 2011

Kazakhstan’s Сhairmanship of the OIC: the History and prospects

The vast majority of Eastern religion plays a significant role, religious organizations, in some cases are more effective than secular political parties, the mechanism of influencing the behavior of the masses. An important and powerful tool is the Mosque, its practical ability to work with people. Activation of religious trends in the spread of Islam, their latent influence on the system of international relations set in the late 1960–1970-ies in the theoretical, political and practical terms, the problem of an Islamic alternative world order.
Saktaganova Z.G., Suinova A.S.  2011

Fingers and teeth: an example of zooarchaeological methods

One of the earliest published examples of zooarchaeology was written by paleontologist Chester Stock in 1929 [1; 281–289]. He was given an assortment of animal bones found in the La Brea Tar Pits in Southern California. Instead of simply publishing a list of species, he identified the type of bone as known as an element, and calculated the minimum number of individual animals that must have fallen into the tar pit to have created this specific collection of bones. Stock’s analysis of the bones beyond simple identification of species is one of the earliest examples of modern techniques of zooarchaeology.
Haruda A.F.  2011 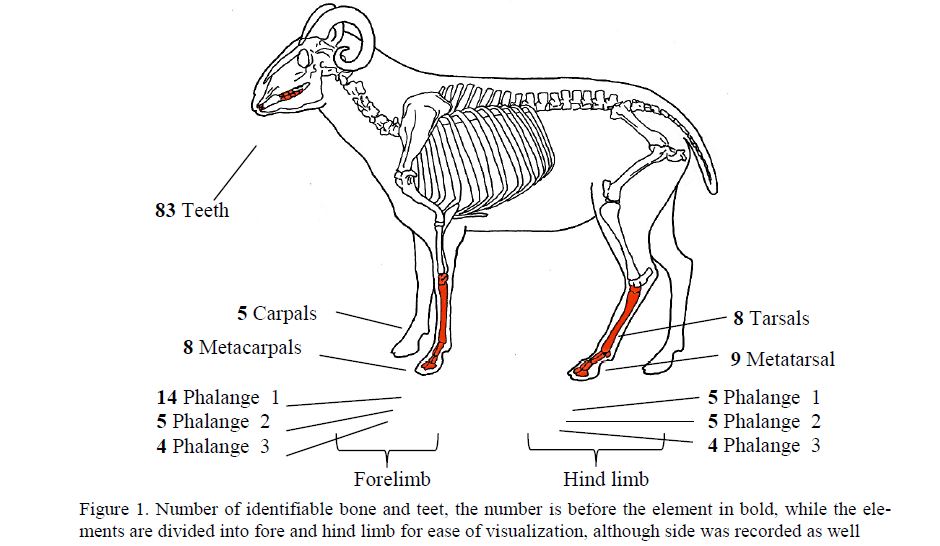