A factor analysis of tourism development in Kazakhstan

The article about the features of formation and development of tourism in Kazakhstan - as a one of the most promising economic modernization sector of Kazakhstan's society.
Kh.Mamanova, M.Sadyrova, H.Tufekcioglu 2012 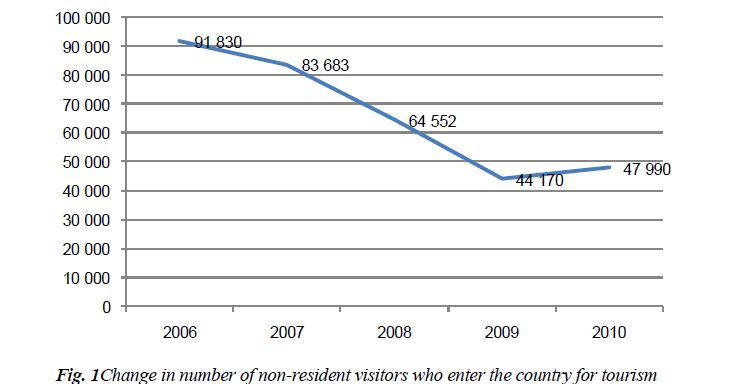 The article contains brief information about the region in Kazakhstan which is rich of natural recources and where one company brings 80% of the total oil production of the region. Tengizchevroil is the company that brought all its knowledge and experience to meet the needs not only on the technical level but also the social responsibility to the region. Corporate Social Responsibility (CSR) of Tengizchevroil will be the main focus of this paper as well as introduction of Atyrau region.
G.Buldybayeva 2012

The article is devoted to the aspect of the Eastern European integration and the experience of Poland in this process. The author emphasizes, that the obvious presence and great volume of the external factor of influence on countries of Eastern Europe definitely determines the specificity of their development; it’s impossible to ignore this external influence upon investigation of political regime transformation mode in these countries. Moreover, the external factor of influence is the principal factor in the process of formation and in the process of transformation of political regimes and entire political systems in countries of Eastern Europe.
K.Sheryazdanova 2012

Features of the political culture of young people post-soviet period

The collapse of the Soviet Union and the creation of new independent states was accompanied not only radically change their political system, but also the profound economic crisis, social conflicts, which in many countries of the former Soviet Union took an armed character. The need of the state youth policy is determined start in life difficulties faced by a young man enters life and acquiring rights in society, obligations to him. In a study conducted surveys of young people and compared with the results obtained during the period of independence. Finally, conclusions are made about the formation of the political culture of Kazakhstan and the development of political culture.
I.S. Rystina 2012

In article topical issues of legal culture by the population of Kazakhstan as honor and dignity protections of the Kazakhstan citizen are considered. At the same time the attention and to debatable questions is paid.
G.R. Absattarov 2012

Some priorities of political modernization and consolidation of Kazakhstan society

In this article the author considers некоторыеприоритеты political modernization and consolidation of the Kazakhstan society. In article the attention to insufficiently studied and debatable questions is paid.
N.A. Seisenova, А.B. Seisenova 2012

Main issues of protection of rights and freedoms of Kazakhstan people

In article matters of law and freedoms of the Kazakhstan people in a context of legal culture are considered. At the same time the attention to insufficiently studied questions in political science is paid.
G.R. Absattarov 2012

The culture system promotes sociocultural fusion of individuals based on similarity of credo, opinion, interests. In this article are considered youth subcultures – the companies of young people, who differ from majority with special world view, lifestyle and appearance.
O.Nikolayeva 2012

The given article deals with the one of the issues of current importance –research culture in HEI. Specifically, the definitions of research culture given by different authors and resources are analyzed.
A.S. Mizimbaeva 2012

Article explores mechanisms of government power legitimation in the East Europe post-socialistic countries. Also searching of objective and subjective factors of this process is shown in the article.
L.H. Matakbaeva 2012

The eastern European vector of foreign policy of the republic of Kazakhstan: history and nowadays.

Kazakhstan in interested in the political dialogue, development and deepening of relations with Eastern European countries and EC, enlargement of bilateral commercial and economic mutually beneficial cooperation on the principles of equitable partnership and cooperation in international scene.
K.Sheryazdanova 2012