Russian and English Magazine Advertisements: Gender Differences in Language Use

The article examines gender peculiarities in printed advertising texts in modern English and Russian­language journals. Gender linguistics is young and not completely explored area of science, and in this paper we are try­ ing to see one of its aspects, which is very relevant in today’s society. Advertising texts as means of speech manipulation are used ubiquitously, and the stereotypical male and female images imposed by advertising are recorded in the language and behavior of people. Our purpose is to con­ sider how linguistic stereotypes in English and Russian differ for men and women, and to show whether there is a difference between the texts for male and female audience in the studied languages.
Koshutskaya L.V., 2015 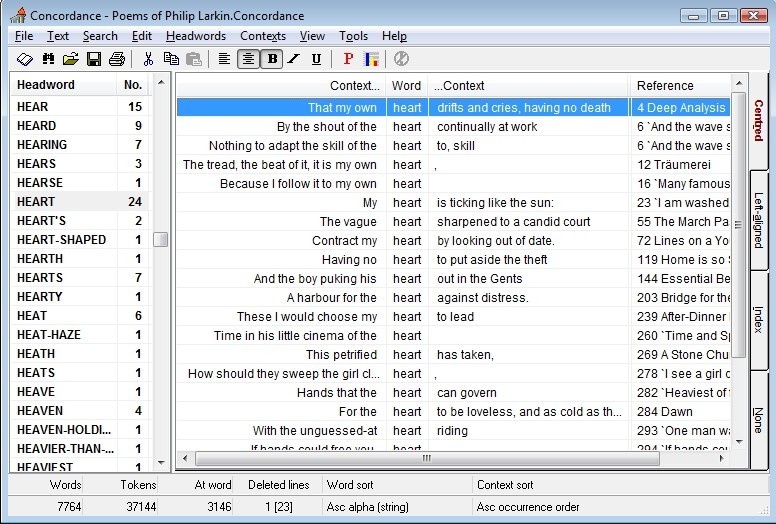 Electronic text corpus as a tool of a translator

The article analyzes the possibilities to optimize the translation pro­ cess using modern methods of using the system of language corpus. Cor­ pus Internet technologies can be used effectively in teaching translation, as well as in educational and methodological work of the teacher of higher education institution. The ability to access the meaning of the word in its contextual use is provided by systems of the language corpora, which are seen as a necessary complement to the translator toolkit to enhance and develop the translation competence. The advantages of concordances, translation memory programs, which are to improve the productivity of a translator’s work are considered.
Sadykova A.K., Aushakhman A.T., 2015

The translation of the novel of f. m. dostoevsky «the brothers karamazov» into the kazakh language: the problem of translation adequacy

The article covers the translation into the Kazakh of the novel of F.M. Dostoyevsky «The Brothers Karamazov» published in 2004 within the state program «Cultural heritage» is considered.
Abdullayeva Zh.T., 2018

The classroom interaction between mentor (teacher) and mentee (can­ didate teacher) plays an important role in teaching and learning process in all parts of education at all grades. Problem solving and problem posing are also important elements in learning and teaching process. All problems that you encounter first and you don’t know how to solve them. The aim of the study here to explores and describes how mentor –mentee interaction develops the abilities of problem solving and problem posing. Research on the study with prospective mathematics and English teachers from Su­ leyman Demirel University is measured quantitively by using likert scale instrument. The results indicate that the regular and effective interactions with mentors and mentee give more positive significances in the problem solving and problem posing situations.
Guvercin S., Doganay Y., 2015

The given article deals with the ways of abbreviation word build­ ing in electronic correspondence on the material of the English language. E­correspondence refers to the means of communication realized by the exchange of electronic written messages. Written messages can be of dif­ ferent types, ranging from conventional standard emails and ending with the posts on the personal pages of social network Facebook or captions to photos in Instagram. Each of the types of electronic exchange of written communications has its own unique characteristics, but there is a linguistic feature which brings together all kinds. Consistent use of abbreviations such as acronyms can be observed.
Orazbekova I.G., Akhmadaliyeva M.V., 2015

Anthropocentrism as a new direction of modern linguistic paradigm

The article deals with the problems of anthropocentric paradigm and the use of its principles in different scientific fields, especially in linguis­tics. The article covers different principles and points of views of scientists concerning interrelationship between the language and human existence. On the basis of continuity of theoretical­cognitive paradigm of research of modern linguistics with traditional research was revealed the fact that the complex research in anthropocentric direction according to the needs of contemporary science is the main problem at present. The article also deals with human factor and spiritual values of a nation. It contains infor­ mation about the nature of the Kazakh nation, their world outlook, their cultural and cognitive concepts representing their cultural peculiarity.
Yegizbaeva N.Zh., Esimova Zh.D., Bekisheva R.M., 2015

Meaning of some turkish idioms that contain the name of Allah

Islamic literature influenced the Turkish immediately after embracing Islam. As a result of that, some Islamic terms such Allah, Muhammad, faith, destiny paradise, hell etc. took place in Turkish idioms and proverbs. This article deals with the meaning of some selected Turkish idioms that con­ tain the name of Allah Who is the creator of whole universe. In addition, the article tries to demonstrate the root of some Turkish idioms based on Holy Quran and Tradition of Muhammad (p.b.u.h.). Finally, this research indicates the literal and metaphorical meaning of Turkish idioms with ex­ amples.
Oktay Cetin, 2015

The article deals with the results of using audio texts while teaching the Russian language to students of universities of Kazakh departments as a non-native language.
Meyrbekova M., Auganbayeva N., 2018

The specifics of the deer’s image creation in M. Zverev’s story «White deer»

In this article discusses the features of animal image creation in Ka­ zakhstan scientist­naturalist, writer M. Zverev’s work «White deer» as an example of animal genre novel and its correlation with the other works of Kazakh and world literature. It is generalized accumulated scientific ex­ perience in the field of typological studies of animalistic imagery. Also it is established that the animal genre is based primarily on a good knowl­ edge of domestic and wild animals’ natural features, their «psychology», the special position of the author, the general humanistic orientation of the work. As part of a deep analysis M. Zverev’s story, it was proved that while creating animalistic image writer depicts not just a single episode in the life of a deer, but traces the whole life of animal in a chronological order. The life story or some facts from the animal life is the main sign of genre structure of animalistic works, the animal’s image which should embody its natural essence. Decisive importance in the main character, a white deer, creation has author’s narration, which includes animal’s appearance and behavior description, organically synthesizing scientific and artistic begin­ ning. On the basis of the above it is made a conclusion that M. Zverev’s work characterized by a combination of elements of documentary, fiction and non­fiction prose.
Zhenis N.N., 2016