Introduction. According to experts, nowadays falsification of the pharmaceutical production takes 12% of the general pharmaceutical drug population. Just so you know, falsification is going to be dangerous not only for life and health, also for financial situation of people. All counterfeiting pharmaceutical products which will go to the pharmacy, hospital and other medical institutions are able to harm public health. Due to this reason, we need a special system which would track medical products from the manufacturer to the consumer in pharmacy. Many countries are thinking about a system that would not only monitor the logistics supply chain of products, but also the originality, the safety of the drug for use. In addition, this type of system for track-and-trace medical products is one of the best ways of struggle against the shadow market, which is already full with counterfeiting drugs [1].

The relevance of the study.Currently, one of the main problems of the pharmaceutical worldis the falsification. Now we are able to find counterfeiting medicines not only at shadow market, also we could find out them at ordinary pharmaceutical market. The most important outcome of this problem its damage for patient's life, moreover it can be the main cause of death. Start from this problem, many world associations of medical products start to offer a special medical system of pharmaceutical market. First steps or initiatives we are about to see in policy of World Health Organization's program, which is called "Health -2020".The first country which is impelemnted the system was our neighborhood country Turkey. In addition, the United States of America and Europe are going to enter this pharmaceutical track andtrace system in 2023 and 2019 [2].

The best way to start the tracking of medical products is by serialization. With the help of serialization of pharmaceuticals, we can provide the population of Kazakhstan with qualitative and safe medical products.It is also worth mentioning that the system not only certifies the originality of the drug, but it wouldn't affect its price.As a result, in the Republic of Kazakhstan domestic and foreign products market will be protected from falsification, and will be delivered to the final consumer in its original form. Therefore, after the introduction of this system in the Republic of Kazakhstan, we will provide the population with affordable, safe, quality medical products.

Currently, in our country this system is one of the measures for the implementation of the state program of the Ministry of health for 2016 - 2019 years "Densaulyk"[3].The system for tracking medical products is not only pharmaceutical control which keeps watch over the health of people, but also a complex of measures to combat the smuggling of drugs, illegal selling of drugs, to prevent fraud with a bar code,and help for rational using of medicines.

All participants of the pharmaceutical market will get benefit from the implementation of the system.In this case, the state will receive the latest information about using drugs,and they will use this information to prepare the budget plan in years to come. Moreover, the received information about side effects and information about the monitoring of drug safety will be further used for the monitoring of prices of medical products. Besides, with the new system people are able to get full information the expiry date of the medication, side effects, information about the manufacturer (in which factory, in which country was released this drug), if a series of the drug had some problems on what basis this drug were admitted to the pharmacy or to the clinic.Hence, domestic producers can increase the volume of their productions, and health organizations can plan their necessary needs. As a result, the population will have high-quality, safe, authentic products.

The aim of the study.To study the main approaches to implementation of pharmaceutical track and trace system of medical products in the Republic of Kazakhstan.

Research methods. During the study were used systematic, comparative and other methods of analysis. Informational materials which is used in the study is data published in print, as well as the materials specialized periodicals.

The study materials. The first country which successfully implemented the system in full is our neighboring country Turkey.In the period 2010-2012, the system was fully implemented in the country.At the moment, Europe is planning to organize a system on two levels. The first level is a National database that will have every country in Europe. The second one is going to consist of the information that will be sendform the National database to European and all of them will create anEuropean database.So it's going to be National Verification Medicines System and European Verification Medicines System. In Europe, pharmaceutical track and trace system of medical products will be implemented fully in 2019.In the United States of America the part connected with legalization of the system is much heavier than in Europe. In America there are 50 different States, the laws of each one can be different from another one and different in general. That is what is legal in one State is not legal in another State.American pharmaceutical community in the process of implementing pharmaceutical track and trace system of medical products in the period 2013-2023.The first who introduced the law about the system was the former President of the United States Barack Obama[4,5]. (Figure 1). 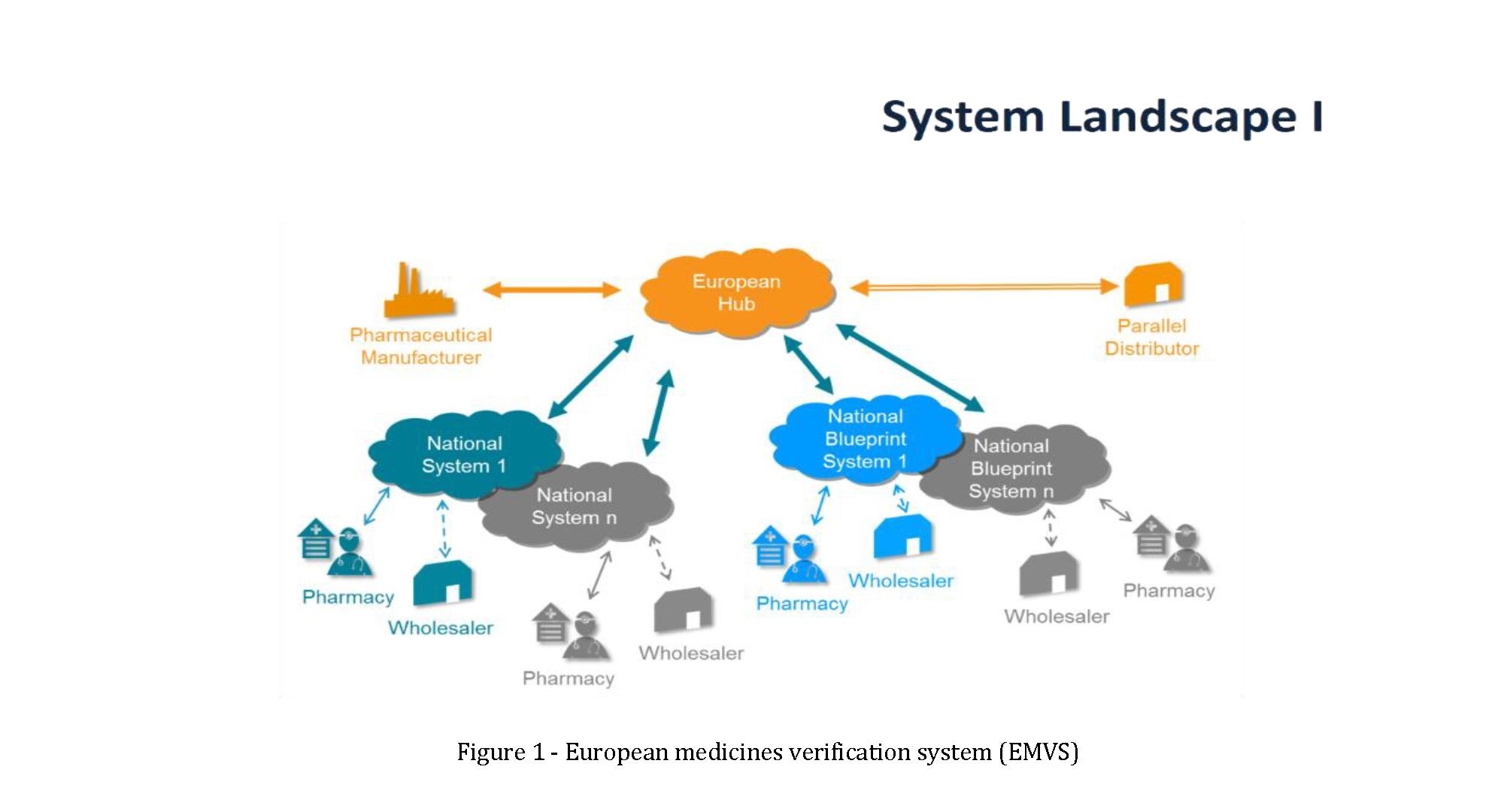 The main principle of the system is encoded in the barcode.The name of marking is Data Matrix, it contains a special unique, randomized serial number. The code contains information about the shelf life, side effects and data about the manufacturer. Every drug is required to be serialized. The main advantage isif there will be problems with the series, it willaccompanied with information on the basis of which the preparation of this series were admitted to the pharmacy or medical facility. (Figure 2).

Just so you know, in our country this system is one of the measures for the implementation of the state program of the Ministry of health for 2016 - 2019 years "Densaulyk". The government is going to introduce the program in several stages.The first phase was prepared the concept of the system and the information side of system. In a second step, in 2017 in the framework of the purchase of medicines Single Distributor will track and trace medical products.. In 2018 GVFMC (the guaranteed volume of free medical care) included in the controlled drugs and medical products on the pharmaceutical market of the Republic of Kazakhstan. On the conclusion step in 2019, everything will be tracked and traced in pharmaceutical market of the RK.

System in the Republic of Kazakhstan is being implemented by the organization of LLP (Limited Liability Partnership)"SK- pharmacy".A Memorandum about the system has been signed between LLP "SK-pharmacy" and the Agency of medicines and medical products of Turkey. According to international experts pharmaceutical track-and-trace system of Turkey which is known as ITS is the best one [7].

Additionally, the system isn't capable of protecting the health of the population and their finances, but it will help keeps the brand name of pharmaceutical companies. As the company whose

products were implicated in the falsification, can loses its credibility of consumers. Now the use of drugs for the pharmaceutical company, as it is for drug the public about fake slippery. There are two pharmaceutical companies involved in the pilot project of introduction track and tracesystem of medical products in the Republic of Kazakhstan. They are: JSC "Nobel Almaty pharmaceutical factory" and "Abdi Ibrahim global farm" [8].

Currently, these famous companies like Siemens and Bosch are producing special equipment for pharmaceutical companies that can apply a Data Matrix barcode on medicines.

Conclusion.Taking everything into account, implement pharmaceutical track and trace system of medical products in the Republic of Kazakhstan will bring several advantages. First of all, we will develop together with the global pharmaceutical market, keeping up with the study and implementation of new technologies. Secondly, all products of domestic and foreign manufacturer in the pharmaceutical market of our country are about to be original.Thirdly, we will ensure the people of Kazakhstan with safe, high quality, original products that will not require additional financial costs. Last but not least, is the fact that the system will help in the fight against fraud counterfeiting of medical products.