Cervical cancer in Kazakhstan among the female population occupies II place after breast cancer, which is carry 2 women's lives in the most active age daily. Analysis of intensive incidence rates of cervical cancer was showed an increase in the detection rate of this disease in the period from 2010 to 2014. The sharp increase in morbidity is associated with increased incidence of cervical cancer due to the introduction of screening programs.The analysis of age morbidity revealed a significant risk of the disease at a young age and noticeable increase it to 40-44 years.In the analysis of cervical cancer in the context of the stages is showed increasing in the detection rate of this disease in the first stage for the period from 2010 to 2014.

Cervical cancer in Kazakhstan among the female population occupies II place after breastcancer, which is carry 2 women's lives in the most active age daily[1,2].

Routine inspections in the women's offices have been started in our country since 2005. Order № 607 "On improvement of preventive inspections of certain categories of adult population" was issued by the Ministry

of Health of Republic of Kazakhstan in 2008, thenin 2009, order №685 «On approval of Rules of carrying out of preventive medical examinations of the target population" was issued. There is a national screening program for cervical cancer using PAP smear with the assessment on the classification of Bethesdas ince 2008 [3]. Screening carried out for women from 30 to 60 years of age with an interval of 5 years. Implementation of this 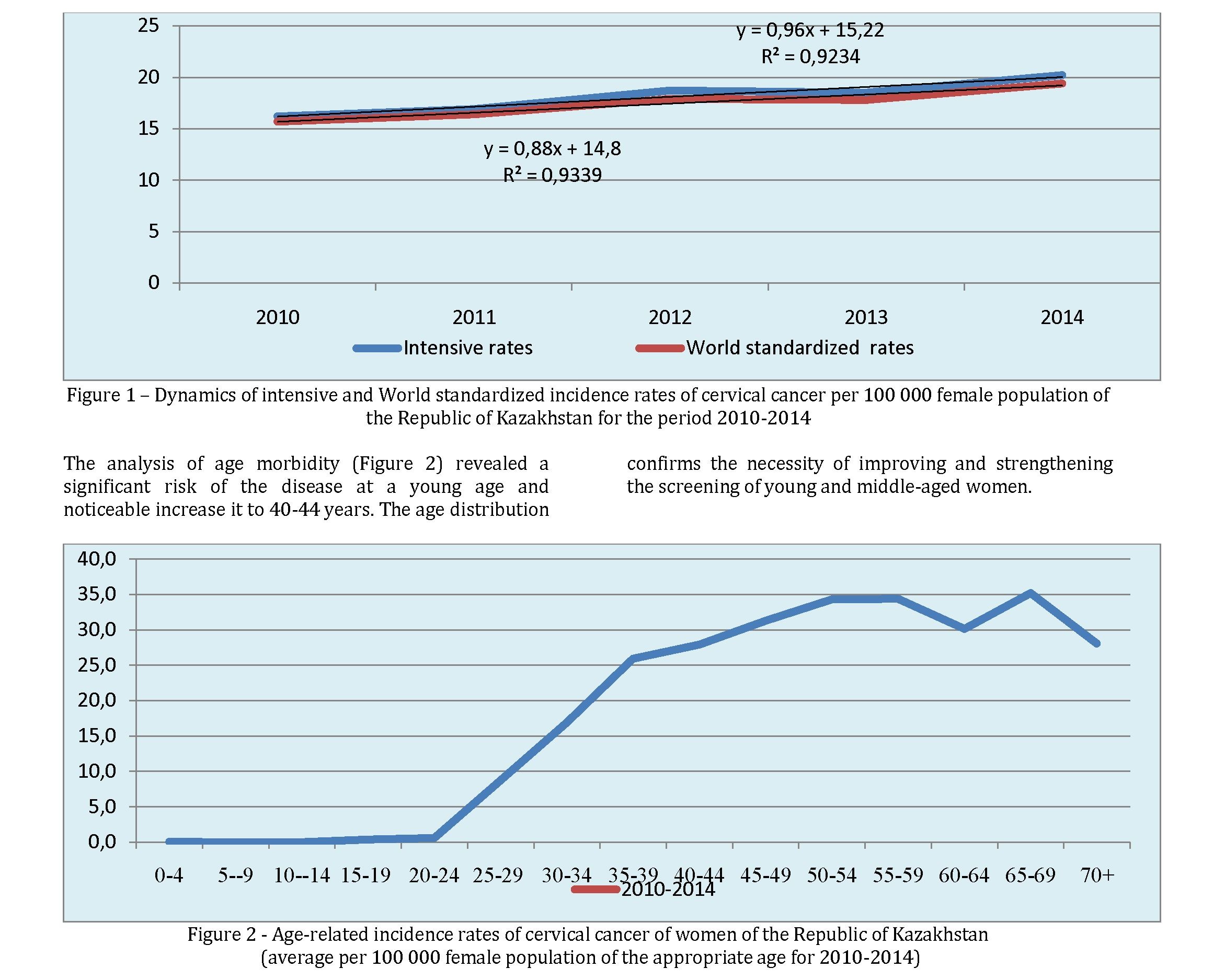 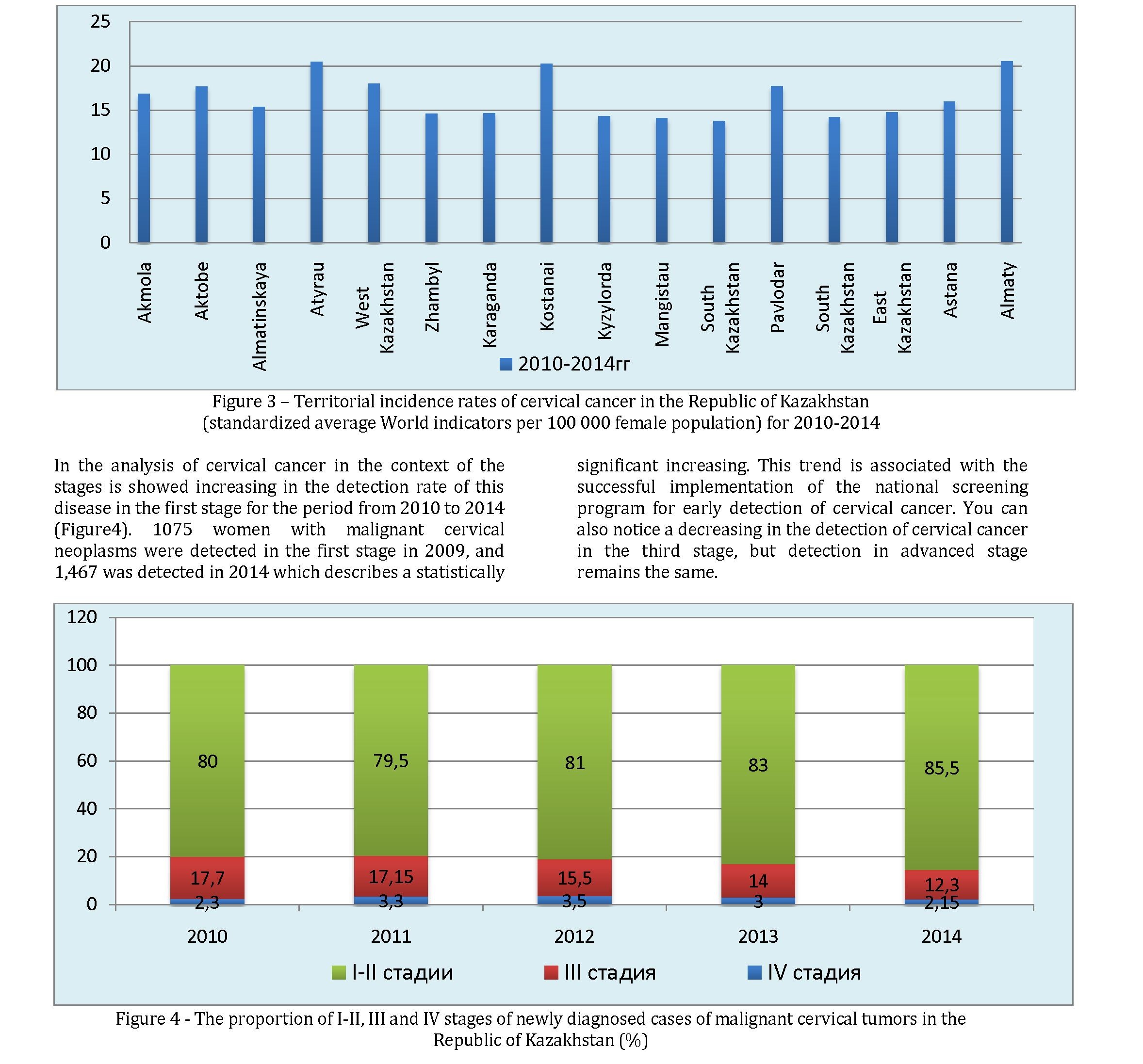 At the moment, the Kazakh Research Institute of Oncology and Radiology and Department of Medical Assistance of the Ministry of Health and Social Development is actively working to improve the quality of screening, designed, carried out organizational and methodical work, is developing national guidelines for the organization and instruction of screening programs. In the long term expansion of the target groups for cervical cancer screening and the introduction of vaccination against human papillomavirus high-risk for adolescent girls.