On some education problems of children-oralmans: historical background

The article deals with the questions of teaching children-oralmans. The authors of the article consider children of migrants not only as an economic issue, but also as a problem of human rights and political rights. The main issues of oralmans' social adaptation are identified. The most important and key aspects of teaching children - oralmans to languages have been noted by authors. The article reveals the essence of the notion «oralman». Experimental results are presented, which indicate that the second generations of returnees often use Russian or other languages. The authors focus on the national education, which until now has been based on the fundamental knowledge in one language, Kazakh or Russian. In conclusion, the authors conclude that today's priorities are shifted in favor of specialists with knowledge of a foreign language, almost ready to undergo foreign training, including language, capable of rapid adaptation to professional activity.

Since 1991 more than a million ethnic Kazakhs returned to their homeland and received the status of repatriates, most of them arrived from Uzbekistan and people from China, Mongolia, Turkmenistan, Russia (Table 1, Fig. 1).

Table 1 Information about the number of oralmans (ethnic Kazakhs)

People with oralman status enjoy all the social benefits provided for in the Law of RK «On migration». With the purpose of adaptation and integration services, in the cities of Aktau, Karaganda and Shymkent, and in the village Aksukent of the South Kazakhstan Region, there are Centers of adaptation and integration of oralmans. Ongoing adaptation programs at the Centers include legal consultation, the State language learning and, if desired, Russian, vocational training, retraining and skills development.

The concept of «oralman» entered the scientific, legal, regulatory and real practice with the attainment of independence by Kazakhstan. Since 1991, the newly formed sovereign republics began to arrive citizens of other countries – the ethnic Kazakhs, who consider Kazakhstan as their historical homeland. This process paralleled the departure from the country of Kazakhstan citizens of other nationalities – Germans, Jews, Russians, Belarusians, Ukrainians, Poles, Moldovans, Chechens and others. In the law of Kazakhstan «On population migration» 13 December 1997, gives the following definition of «oralman»: «...foreigners or stateless persons of Kazakh nationality, permanent resident status at the time of acquisition of sovereignty by the Republic of Kazakhstan beyond its borders and arrived in Kazakhstan for permanent residence.» 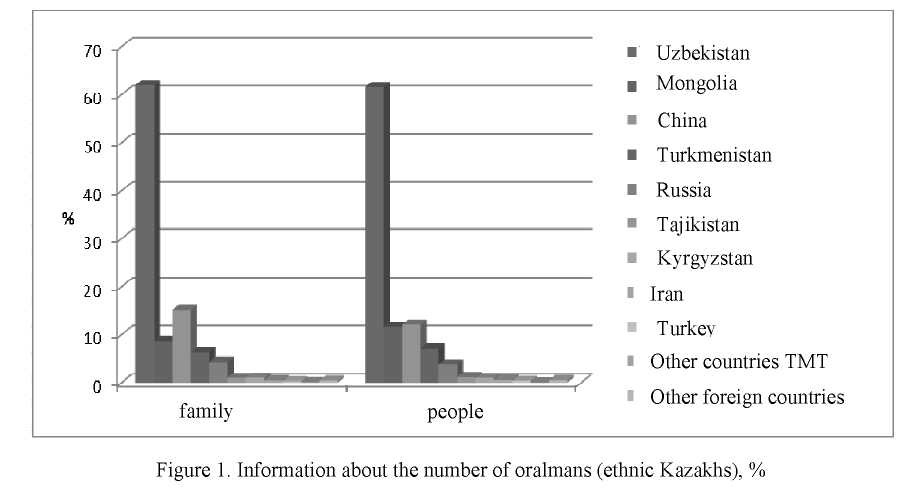 It should also be noted that the concept «oralman» is not to everyone's taste and in the most part by the repatriates. Especially most of them get a formal civil status, at the same time, they still have not acquired real (normal) socio-economic, socio-cultural and moral-psychological situation inherent to «indigenous» citizens of the Republic of Kazakhstan. Hence, they are not only objectively but also subjectively consider themselves to be largely neglected, and even in your own name. In this regard, such self-designation as «Agayin» (brothers and relatives), «countryman» (otandastar) are considered not successful, because nationals can be members of other ethnic groups. Most importantly, the last two expressions does not have characteristics of strictly scientific term applied simultaneously and in the same sense in many scientific disciplines, whereas the term «oralman» possesses these qualities and is quite a good and accurate concept most adequately Express the socio-economic, civil and proper ethnic status Kazakh returnees to their historical homeland.

In connection with the need for equal access to quality education of children-oralman and identifying the range of problems they faced in school were sociological survey, which were attended by teachers from three regions of Kazakhstan: Zhambyl, South Kazakhstan and East Kazakhstan region.

In the sociological survey involved 611 teachers, among them 329 are working in rural schools, 282 – in the city (Tables 2 and 3). All teachers who participated in the survey work in schools with Kazakh language teaching.

Since more than half of teachers have the higher and first category (Fig. 1 and 2), that is full reason to argue about the reliability of the results of a sociological survey.

So, in the course of the study survey questionnaires there were identified the problem of domestic experience of teaching children of immigrants: the insufficient development of educational strategy in the field of language teaching has a negative impact on the integration of oralman children in the learning process. Therefore, the integration of oralman children in the educational space of Kazakhstan needs special attention both from the government and from the teaching community.

As we already mentioned above the acquisition of the Republic of Kazakhstan's independence led, the mass return of repatriates to their historical homeland. This process especially intensified after the adoption of 26 June 1992 «Law on immigration».

Migration policy and its framework of policy on immigrants is part of the state internal and external policy of Kazakhstan. Institutional and legal framework for regulating migration of the population of the Republic of Kazakhstan and it is possible to imagine around the major institutions responsible for regulation of migration processes in general and processes associated with the phenomenon of repatriates.

According to the Law on Migration oralmans are given certain privileges, compensations, and other types of social assistance: 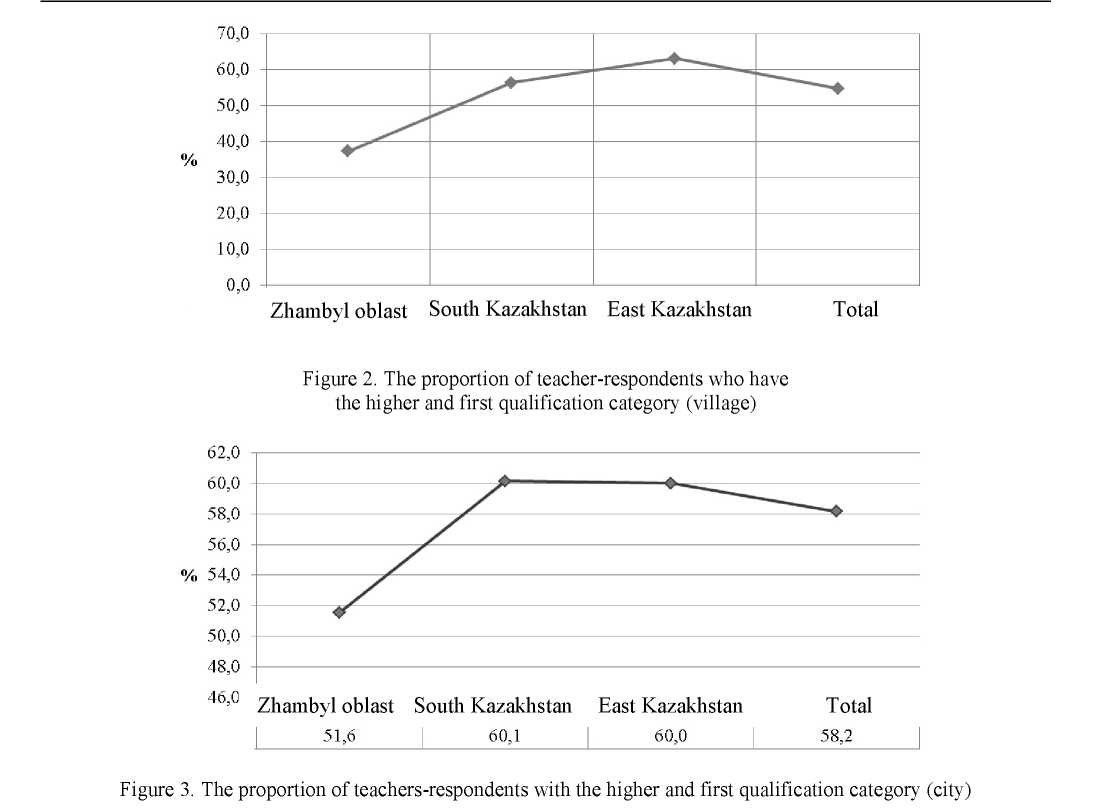 The information base included the data of statistical reports of the Committee of labor, social protection and migration on the number of repatriates from foreign countries from 1991 to January 1, 2017, the National collection of «Education Statistics of the Republic of Kazakhstan» 1 October 2015, and also materials of periodicals and Internet resources.