This observation points to the difficulties of radiation diagnosis of Gaucher disease. Patients with a long time is not established diagnosis, whereby treatment can be delayed. As a result of analysis of the case of Gaucher disease presents opportunities clinical laboratory and radiological methods of research, allowing to establish the presence of the disease.

Gaucher disease (Gancher, 1862.) - inborn disease, hereditary. Beginning of disease has been already observed in infants or children at any age and more often in females.

This disease of the reticuloendothelial system in which there are giant cells with clusters of Gaucher kerazina.

Infiltrates may appear in various organs and bone marrow.

Clinic is diverse, determined a significant increase in spleen - splenomegaly, slightly less than the liver, lymph nodes. Yellowish color of the conjunctiva of research, the yellow staining of the skin (hemosiderosis) of research, expressed infantilism, frequent bleeding from the nose and gums.

In the blood - leukopenia and thrombocytopenia are impermanent, anemia.

Recognition of Gaucher disease based on history of research, clinical presentation of research, detected in a punctate from the spleen or bone marrow of specific Gaucher cells and data ray diagnostic methods.

This symptom is «bottles» or «jar», is known as a symptom of Erlenmeyer, there may be focal changes in the foιm of round or oval bounded enlightenment spongy sections of the tubular bones, sometimes the coarse pattern (Figure lb). In chronic cases, sclerotic changes predominate, particularly in the head and neck of the femur. In severe cases, dominated by destructive changes of research, especially pronounced in the femoral head and neck of research, as in tuberculous Cox, cartilage always remains the same. Flattening and deformity of the femoral head leads to a similar picture osteochondropathy with aseptic necrosis of the head. Frequent pathological fractures (Figure 2).

In severe cases, multiple brahispondiliya is observed . In the differential diagnosis of anemia with skull helps unchanged in Gaucher disease. 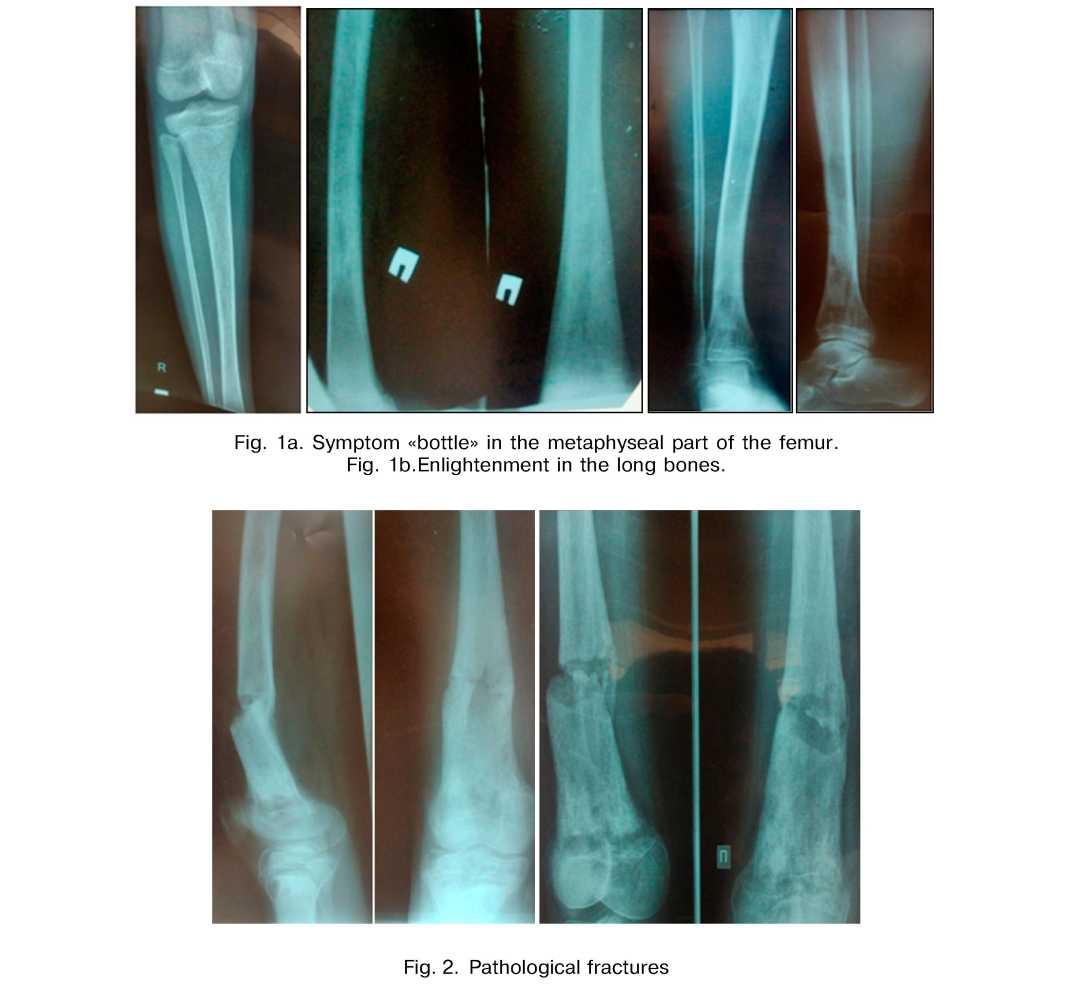 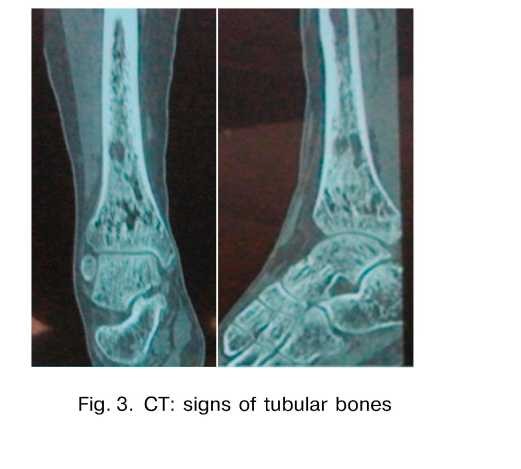 Tissue Diagnostics - exceptional diagnostic value of bone marrow smears are - identification of Gaucher cells; aspiration biopsy of the liver should be earned out with negative results of special puncture.

The prognosis of chronic course of Gaucher disease is favorable, in the acute foιm is unfavorable, death on the 1st - 2nd year of life. Die mostly from intercurrent disease of research, pericarditis of research, infections.

The timely diagnosis of diagnosis of Gaucher disease is possible with the application of the integrated beam diagnostics:

In all cases, improving methods of investigation and diagnosis of Gaucher disease is a histological examination of the bone marrow (the identification of Gaucher cells).

In all cases, refined diagnosis of Gaucher disease is possible only histology - detection of Gaucher cells.

Give their own observation. B - research, 1987. On the radiographs of the right shin in 2 projections from Febniary 3, 2014 and CT of the lower third of the right shin and ankle from Febmary 3, 2014 determined by the restructuring in the distal metadiaphysis right tibia of research, ankle - without features.

In view of the X-ray data from the right thigh September 27,2007 of research, August 13, 2011 of research, Right shin from September 5, 2010 of research, October 12,2011, X-ray picture of the pathological changes of the right femur in a clavate swelling and Slnicliiral adjustment characteristic of Gaucher disease. In the history of splenomegaly in Gaucher 2002. (in 5 years old). The diagnosis of Gaucher disease for the first time on the bone changes was exhibited in 2012. Densitometry - June 27, 2013 - Osteoporosis.