Digital currency: to be or not to be

Cryptocurrency is an innovative achievement of recent years. Currently, cryptocurrencies are taking legal form in various countries. They take their place in financial systems and there are objective reasons for this. Tliis article presents the main economic and legal approaches in determining the status of digital currency. The purpose of the study is to determine the options for the approach to the legislative regulation of the status of cryptocurrencies. The article analyses development and prospects of regulation Ofblockchain technology in the digital economy, the main advantages and disadvantages of its use. Features of regulation of Civ ptocurrencies in Kazakhstan are noted, the importance of introduction of digital technologies for business, the state and citizens is revealed.The article uses the methods of comparative analysis, logical research, in order to assess the mechanism of regulation of modem digital money.

Among the trends of modem world development, globalization is singled out, which contributes to the growth of the interconnection of different countries and regions. Currently, Kazakhstan, together with the entire world community has entered the era of the Fourth industrial revolution, moving to the next stage of globalization - the digital transformation of society. Today, the world is more interconnected than ever, but the nature of these ties has changed significantly.The rapidly increasing flow of information is now of greater economic value, having a greater impact on GDP growth than centuries of trade.

The digital form of globalization opens the door for developing countries, for small companies and start-UPs, and for billions of people. The digital economy increasingly penetrates all aspects of society, including the economy, communication between people and organizations.

The purpose of the study is to determine the place, functions and problems Ofregulation of cryptocurrency and blockchain technology in the global financial market.

Methods of comparative analysis and logical research, were used in the article. They allow to assess the mechanisms of regulation of modem digital technologies.The work uses the current legislative framework, data from statistical reports of the National Bank of Kazakhstan, the IFCA and the Eurosian economic Commission.

The concept of the digital economy, based on the growth of transformative digital technologies includes doing business, maintaining communications and providing services in all industries. This leads to the fact that national economies become part of a single global digital economic system. The rapid development of digital technologies, the reduction in the cost of computer technologies, the increase in computing power and the deep penetration of mobile devices, open up other ways of organizing economic relations.In parallel with the material "tangible", digital values appeared. Goods and services such as intellectual property rights, music, movies, web, have become bought and sold in a global digital marketplace that has no geographical boundaries. A distinctive feature of this market is that the vast majority of goods and services are consumed and used in the digital space, allowing for faster communication and «delivering» digital products from sellers to buyers. Since the service of purchase and sale transactions was carried out using cash and banking infrastructure, the cost of transactions was very high, in the presence of the risk of loss of funds as a result of fraudulent actions of third parties. In this regard, the demand of participants in the world economy for alternative payment instruments, savings, new equivalents of money that would meet the modem requirements of the digital economy and were independent of the actions of the issuing countries began to form. The emergence of cryptocurrencies was an attempt of technological response to the problems [1].

Cryptocurrencies became the first mass approbation of the distributed Ledger technology-blockchain, which allows to build decentralized interactions, ensuring their security.Since this technology does not have an intermediary-a guarantor of fulfillment of obligations, the effectiveness of economic relations have significantly increased. The use of cryptocurrency and blockchain technology in the global digital space will help to level the risks associated with the imperfection of state and market regulation. Digital money meets the requirements for money, can perform some functions of money and gold, and according to certain criteria, cryptocurrency is even more preferable to use.

Despite the technical limitations and difficulties associated with the circulation of cryptocurrencies, some states are already experimenting with digital money, as well as blockchain technology.Germany became the first country in Europe, which adopted a clear and sufficiently voluminous set of legal acts in relation to cryptocurrencies. At the beginning of 2018, cryptocurrencies were recognized as legal tender, namely a financial instrument. Accordingly changes were made in the tax legislation. Transactions with bitcoin are not subject to income tax if more than 12 months have passed between the date of purchase and sale of the cryptocurrency.Companies carrying out transactions with cryptocurrencies in Germany are equated to financial companies and must comply with the established licensing requirements.The authorized capital of such companies must be at least 730 thousand euros, and the management staff must have the appropriate professional qualifications. Bitcoin in Germany is legally accepted for payment in the retail, banking and corporate sector [2]. 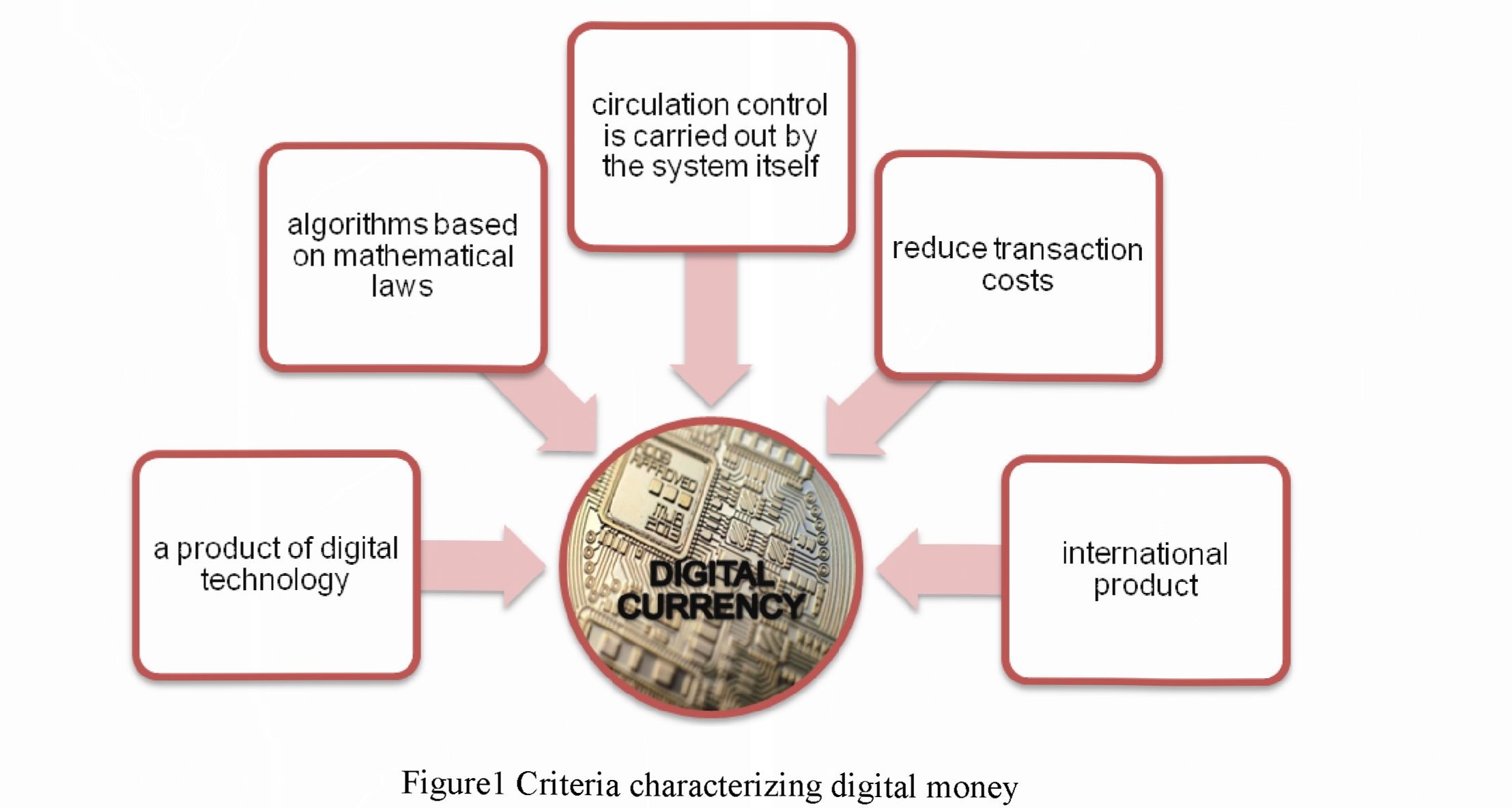 For individuals, the interest in cryptocurrencies is based primarily on the possibility of investing money and obtaining super profits due to the growth of quotations.However, cryptocurrencies have a high level of confidentiality and volatility, and the dynamics of their value are poorly predictable, which is reflected in the rate jumps in relation to Fiat money. A significant increase in the rate of bitcoin occurred in 2013 and 2017, when the price of the cryptocurrency increased by 12000% and 13000%, respectively.In 2013, the bitcoin rate was 13.56 USD, at the beginning of 2016 was 701 USD, and in December 2017 reached a historic high reaching almost 20 thousand USD.The average value of bitcoin for the entire period of its trading is at the level of 6000USD.The figure shows the average values of bitcoin trades for the period from January 2013 to the current period.

For the state, the use of cryptocurrencies is much more complex issue than for other economic entities.On the one hand, the use of blockchain gives great opportunities for the development of financial technologies. With their help, interbank settlements, the processes of issuance and circulation of debt securities, identification procedures are accelerated and simplified. The use of cryptographic protection ensures the convenience of transactions and their security [3].

On the other hand, the use of cryptocurrencies reduces the ability of national (Central) banks to regulate and control the amount of money in the economy, their circulation and, as a consequence, the inflation process.

Many experts associate global changes in the structure of the world economy with blockchain technology and Ciyptocurrencies, predicting significant changes in the relations between the state and business, the population and the state, between business entities.Modern technologies, which will eventually be trusted by the subjects of the economy and the financial market, will allow to carry out operations without intermediaries, banks, government agencies with the help of a certain algorithm (computer program).

Cryptocurrencies are not allowed in Kazakhstan, but they are not prohibited.According to the position of the National Bank OfKazakhstan, the use of cryptocurrencies as a unit of payment in the financial sector during operations is contrary to the law.Based on this, the regulator is inclined to strict regulation of cryptocurrencies, on the verge of banning virtual money. With regard to blockchain technology, the NBK's position is more loyal [4].

In Kazakhstan, there is a certain intensification at the activities Of the international financial center «Astana» (IFCA) under development of financial technologies.Astana international financial Centre (IFCA) is a unique centre on the economic world map, which combines the best experience and the most modern capabilities of advanced financial centers from new York and London to Dubai, Hong Kong and Singapore. The IFCA launched a FinTech regulatory sandbox (hub) with a special legal regime. It allows legal entities engaged in the development of new financial products and services to conduct experiments on their implementation in a limited environment without the risk of violating the current legislation.

In 2018, the National Bank of the Republic OfKazakhstan implemented the practical application of blockchain technology in the framework of a new technological project - «Invest Online». «Invest Online» is a specially developed product (including a mobile application), through which citizens of the Republic of Kazakhstan have an opportunity to invest in securities online.The system uses the technology of the blockchain for accounting the operations with securities and confirmation of rights of ownership on them [5].

A negative factor that reduces the investment attractiveness Ofbusinesses in the field of blockchain technology and in particular cryptocurrencies is the feeling of uncertainty in decisions and the lack of a regulatory framework.

Thus, we can make several conclusions about the status of cryptocurrencies in Kazakhstan:

To create a comfortable legal environment for the business community, it is necessary to harmonize the status and system of regulation of cryptocurrencies with national legislation. Otherwise, Kazakhstan may become a country with a legal field with gaps that can be used for the purpose of money laundering, terrorist financing and tax evasion in other jurisdictions.Changes can be implemented in two alternative directions.The first is the creation of a fundamentally new legislative framework, in accordance with the requirements of the modem digital economy.Another direction is the development of legislation for the regulation of cryptocurrencies and blockchain within the framework of existing legal approaches to the regulation of money circulation, property rights, financial services.

We assum, that at this stage of development of the economy OfKazakhstan it is more expedient to use the second direction, since the development of blockchain technology and cryptocurrency does not show high rates yet.The National Bank needs to develop a separate regulatory framework in the field of cryptocurrencies and blockchain technology, with appropriate amendments to the Civil Code, tax legislation and other legal acts. Such actions will reduce legal and corruption risks, and regulation at the legislative level will have a positive effect not only to the business sector, but also in other areas of society.