A new concept of the electrification system

At the moment, new technologies and achievements in the field of energy efficiency are widely covered, wluchmore and more appears on the market of innovative products for the energy sector. Among all the variety of proposals, it became more difficult for the investor to make Ius choice about investing capital, the heads of energy organizations find it more difficult to introduce new technologies and products in terms of the future return on the costs of their implementation, especially in the initial stages. The existing situation is further complicated by the fact that all players in the innovative energy' market have different interests.

In this situation, in order to determine its position in the development or implementation of a new technology or product in the energy sector, it becomes important to know the basic concept of the development of power supply systems, in the context of the future impact of these systems on various segments of the energy market, and identify the main risks in case of their implementation. In this connection, this article deals with new technological needs that will be acutely felt in the foreseeable future, which can be adapted to the existing electric power system, by gradually re-equipping and upgrading the infrastructure of electricity and transmission networks. The authors of the article, based on the assumption that the current power supply systems and the electricity supply systems of the future will radically differ from each other, nevertheless tried to assess the potential of existing power supply and transmission companies by the example of Astana for consistency when introducing auto - charging stations.

For a detailed consideration of the innovation, of course, it is necessary' to adopt a new strategy' in tire development of the proposed version of the reconstruction of the electrification system.

Since the general recognition and the beginning of a large - scale application of the existing concept of the electrification system, the founder of which is the Russian electrical scientist M.O. Dolivo-Dobrovolsky [1], proposing to the world a three - phase system consisting of: a source, transmitting electric power lines, a transformer and a consumer, there were no significant changes in this aspect. The development and introduction in 1891 of three-phase generators, transformers and electric motors, which had undeniable advantages over other types of production, transmission and use of electric energy, were the beginning of the modern period of development of electrical engineering.

The further development of this system, already in the period of the Soviet Union, which included all the CIS countries, was the world's largest energy system, which was determined by a set of electric power stations, power lines, substations and heat networks linked in one piece by the generality of the regime and the continuity of production and distribution processes electrical and thermal energy, Fig. 1 [2, 3].

However, during the collapse of the Soviet Union, this unified energy system could not meet the needs of consumers, in view of the loss of the integrity of the state, and the divided countries in the initial stage of their development were dependent on it. This circumstance is an exhaustive factor of the fact that the modem way of economic activity of the world must be equipped with a sufficient arsenal of the energy resource, that is, the resource that is the primary source in any technological cycle or process.

One of the steps taken by the world community in terms of moving away from traditional ways of obtaining a primary source by the example of transport is the abandonment of internal combustion engines and the transition to electromotive vehicles. This decision is caused by the fact that: firstly, not all countries have their own fuel and raw materials resources; secondly, the world is threatened with environmental pollution by harmful effects of emissions of heavy volatile waste; well, in the third, the reserves of fuel in the bowels are depleted and are calculated tens of years before their full consumption. 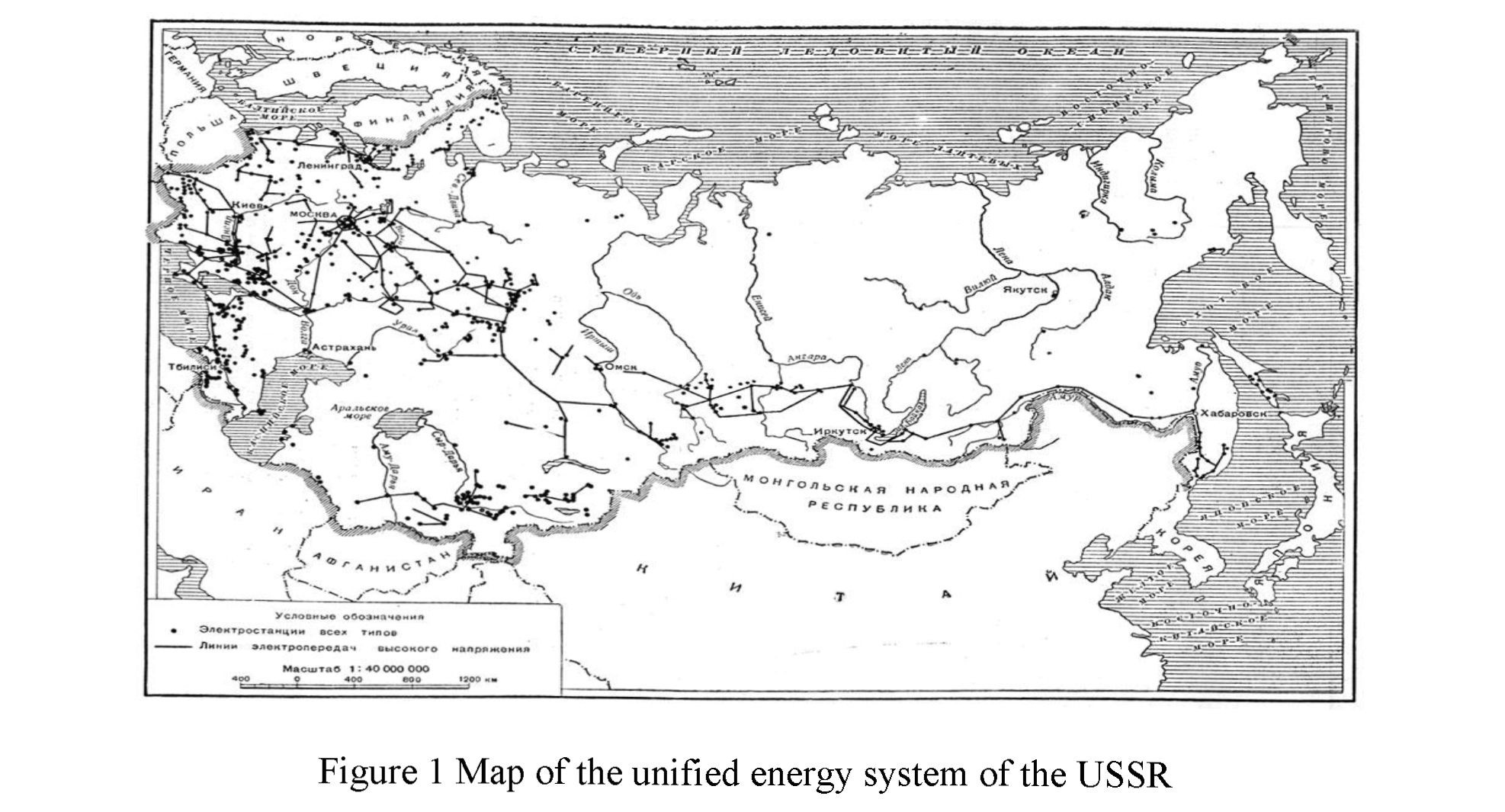 At the moment, already major industrialized countries are carrying out search activities for large - scale commissioning of alternative and renewable energy sources, bypassing the traditional ones, involving safe and environmentally friendly technologies in operation. Along with the well - known ecological and energy - saving sources of energy, the need to create transport based on electric traction is simultaneously being revealed. This was announced in Paris at the World Conference on the United Nations Framework Convention on Climate Change (C0P21) by countries such as the United Kingdom, Germany, the Netherlands, Norway, and several US states: in particular, a ban on the use and operation of cars on fuel fuel after 2050 [4, 5]. However, no such mobile devices have been found that supply electric power to machines and aggregates to a sufficient extent, which could be charged in time in the same way as vehicles can be refueled with fuel.

Analysis of existing energy systems allows, on the basis of the traditional method of electric power generation, to start preparing for the development of new battery feeding stations that will collect «free» power [5], which takes place during the minimum loads, instead of transporting it for long distances and providing electric power other regions or countries. Such an approach in solving the problem of providing electricity, will give independence to individual regions or countries, from the centralized supply of electrical energy. Feeding stations should include all alternative sources that are known to date, including traditional ones on fuel combustion, and also have a sufficient degree of communicability, implying the withdrawal from the cycle of the technological chain of non- current or non-conforming methods of generating electricity. Also, feeding stations should have a wide network of charging columns in the region, a metropolis, etc., and a large reserve Ofbatteries that would be in a charged state in charging stations or columns ready to replace the discharged battery of the vehicle every minute. Figure 2 shows a network of automobile charging stations (Filling stations), where the main source of such a station is a set of different types of electrical, both traditional and renewable and alternative energy sources. A network of charging stations is distributed from the main or main station. 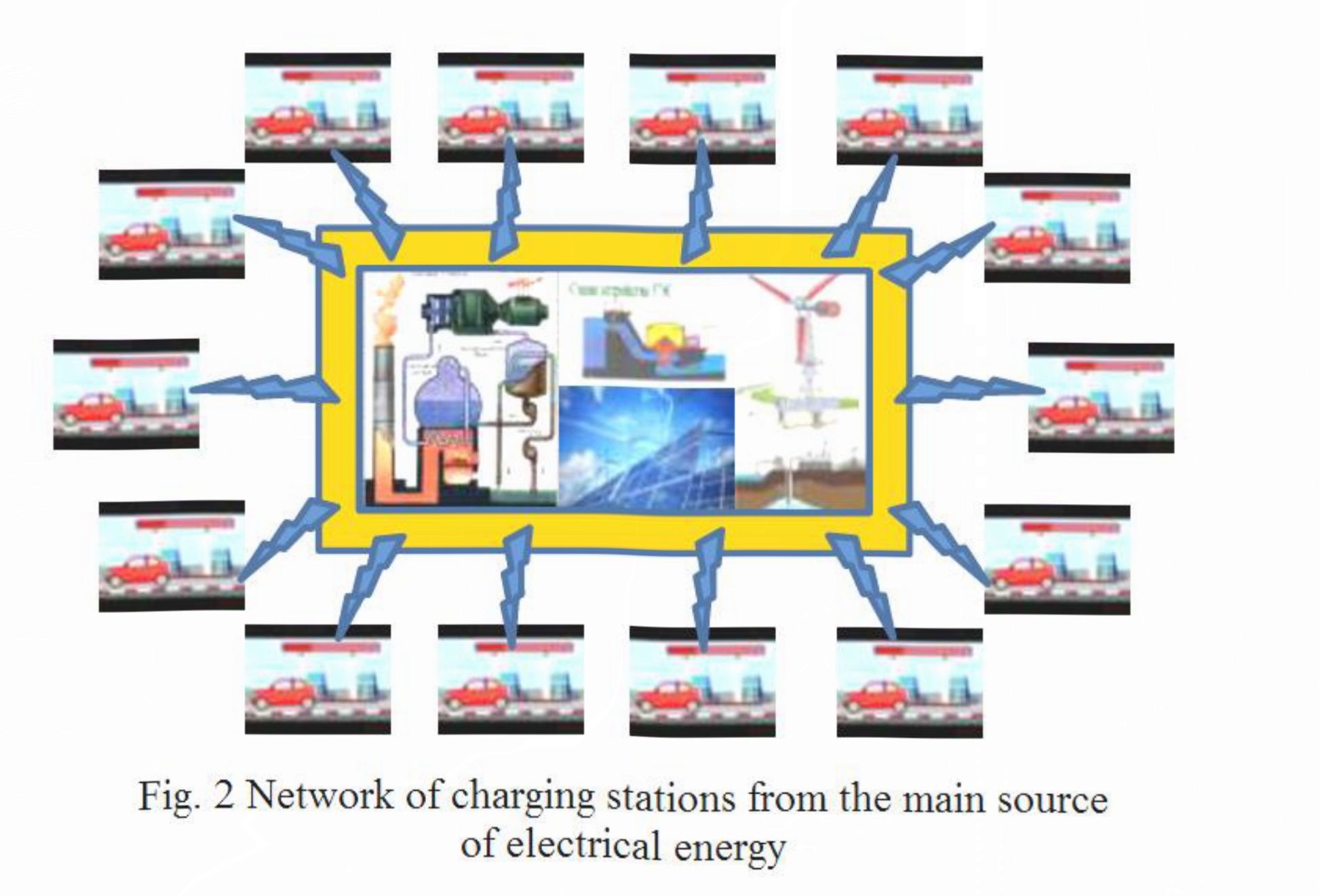 So, if we consider as an example one of the megacities of Kazakhstan, the city of Astana, then in 2017 it was officially announced that there are 1 million people residing in this city. According to situational statistics, it can be assumed that for each person, on average, there is one vehicle each. The number of petrol stations was fixed 49 on the territory of the city [6]. If, on the average, each driver of a motor vehicle is fueled by approximately 200 km of travel, and a day travels from 30 km to 40 km, it can be assumed that he pours in the filling station 1 - 2 times per week. Consequently, all gas stations serve a week from 20,000 to 40,000 vehicles.

The same statistics can be assumed with auto - charging stations, since if we assume that the average passage time on one charge is within the same limits, i.e. 200 km of run, then a day will be driven into the charging station from 3000 to 6000 thousand electric vehicles. This means, according to the proposed theory, each autoloader should have an arsenal of charged batteries in the amount of the maximum value of the statistics given - this is 6000 ready - to - replace batteries. 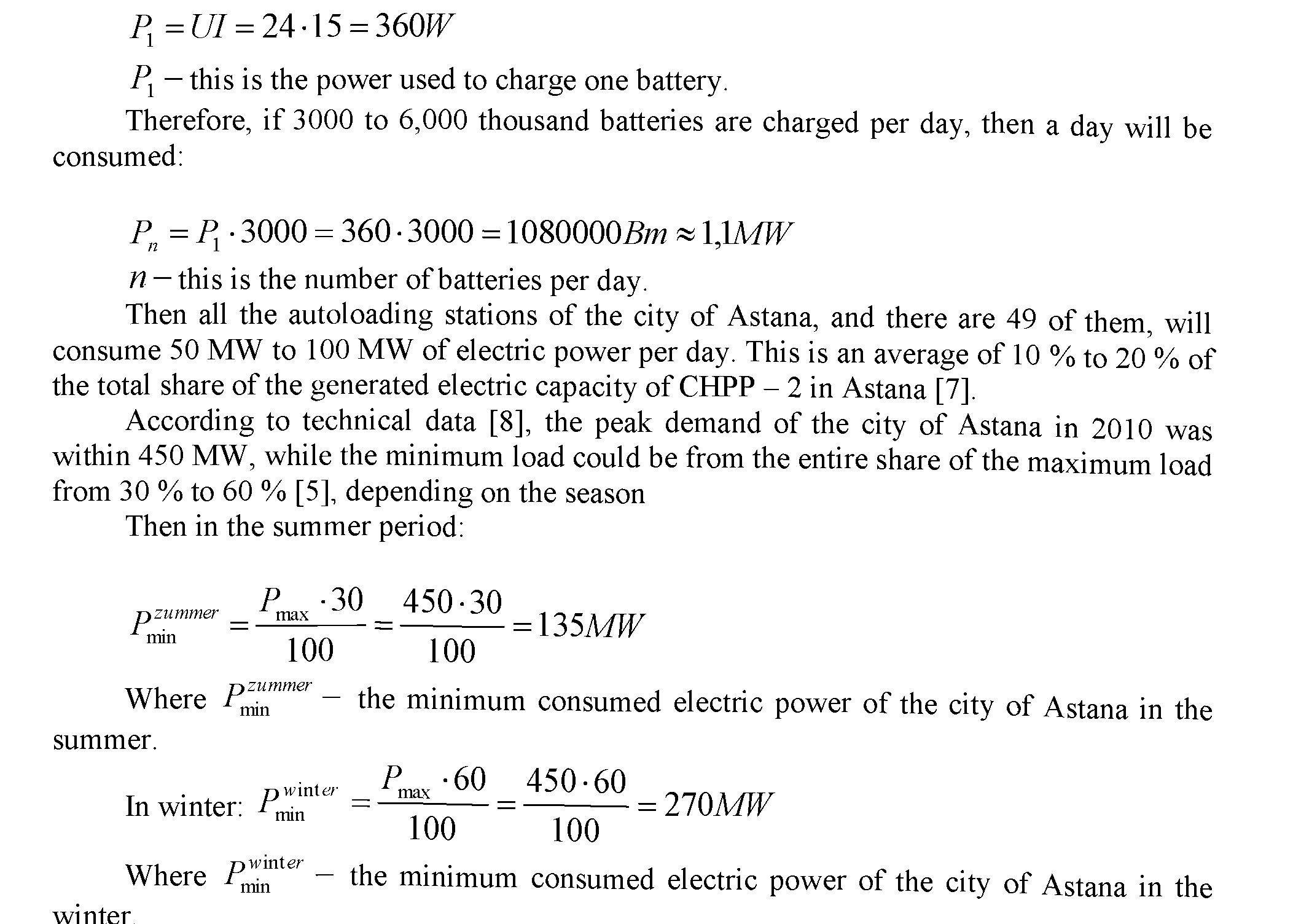 From the above mathematical calculations, according to the actual state of the city of Astana, according to the technical information [8] of the output, and if we take into account the fact that the current state of the produced capacity is dynamically growing, since in the long-term plans the launch of CHPP - 3 is planned, it is possible to forecast the demand for electric capacity per million population of the population. This order from 315 MW to 180 MW of the produced capacity of the city of Astana can be sent, at the minimum hours of operation, to the charging stations. Even those electric power data, given from the official sources of Akimat of Astana, can fully cover the possible needs of charging stations under the appropriate scenario of development, as proposed in this material.

For clarity of the theoretical material presented, let us consider the daily graph of electrical loads (Fig. 3), given in the literature [9], which is a typical case for a multitude of cities and regions.

As can be seen, from the daily schedule in winter time, about 70 % of the potential capacity is consumed, and in the summer, even less than about 40 % of the total electric power production. The example given above, consumption of the city of Astana, corresponds to a typical example from a literary source [9]. From the graph it follows that the minimum winter load of up to 50%, and in summer up to 30 % of the total generated electric power, per day falls on the period from 22 pm on the day to 6 am of the day, which is 8 hours in total. If the time t is taken to fully charge one battery, the consumed electric energy of each charging station can be reduced by 4 times, alternately charging the batteries, grouping each connection of the chargers for 2 hours, for a total of 8 hours. However, we must add that the first half of the working day is also not loaded to the maximum values, which can further reduce the consumed electric energy of the charging stations and reduce it in 5, in some cases 6 or more times.

Theoretical research and review of sources of technical literature show that new technological needs that will be acutely felt in the foreseeable future can be adapted to the system of electric power industry, by gradually re - equipping and upgrading the infrastructure of electricity and transmission networks.

It should be noted that the infrastructure that is currently operated by electricity supply and transmission companies can fully be suitable for developing a new concept of electrification, implying the introduction of auto - charging stations.

For a detailed consideration of the innovation, of course, it is necessary to adopt a new strategy in the development of the proposed version of the reconstruction of the electrification system

Such supply stations, in turn, will introduce changes in the concept in engineering related to the rapid replacement of discharged storage batteries by charged ones. It is proposed to provide for the design of vehicles an automatic detachable battery device, and the batteries themselves had a single standard geometric dimension that would fit all sizes without exception, including cargo, sea, air, etc. means of transport. 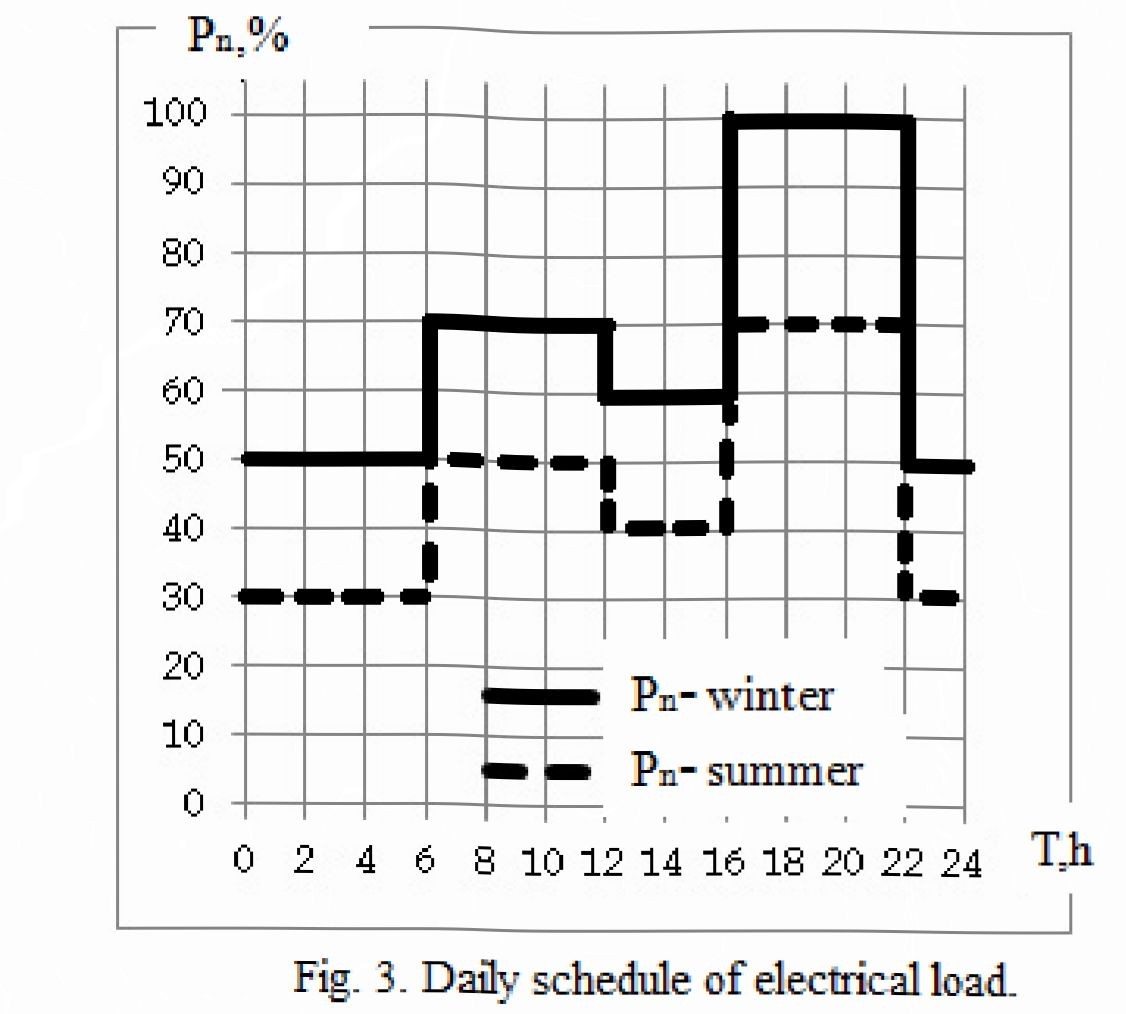 Thus, the rising problem directly connects two completely different directions of national economy that can complement each other and solve the urgent task of stable provision of primary energy of vehicles based on electromotive force, in exchange for fuel stations on fuel.