Abstract. Ensuring energy security is one of the key strategic priorities of Kazakhstan. The Republic is interested in accelerating the process of transition to a diversified and “green” power technology-oriented model of economic development. In recent years, the strategy of expanding the use of renewable energy sources (RES) can be considered as one of the most important activities of the government of Kazakhstan on the modernization of the national energy system. The increased attention paid to the creation of a stable functioning renewable energy system is reflected in the formation of relevant legislation in Kazakhstan, which provides opportunities for local and foreign investors to implement projects for the construction of energy generation facilities using renewable energy.

Kazakhstan intends to modernize most of its infrastructure over the next 20 years through the introduction of environmentally friendly technologies. There is a strong political momentum in the country to move towards a green economy. Thus, Kazakhstan-2050 Strategy and other strategic program documents stated ambitious goals to achieve 50% of the share of alternative and renewable energy by 2050 in its electricity generation sector, as well as to reduce the energy intensity of GDP by 25% by 2020, compared with the baseline level of 2008 [1]. Kazakhstan’s plans to introduce alternative energy sources into electricity production are shown in Diagram 1.

The proposed scheme is quite feasible. According to the estimates of the Minister of Energy Kanat Bozumbayev, the share of renewable energy sources in Kazakhstan will be 42% by 2050 due to the reduction of coal use [2].

However, today the hydropower segment is the most developed renewable and alternative energy source in Kazakhstan. Hydroelectric power plants installed in both the Soviet and post-Soviet periods play an important role in the country’s energy balance. Gross electricity production from hydroelectric power plants (HPPs) in Kazakhstan increased from 7.3 billion kWh in 1990 to

In general, it should be noted that according to the International Renewable Energy Agency (IRENA), the installed capacity of hydroelectric power plants in Kazakhstan in 2018 amounted to 2755 MW. In fact, Kazakhstan ranks third among 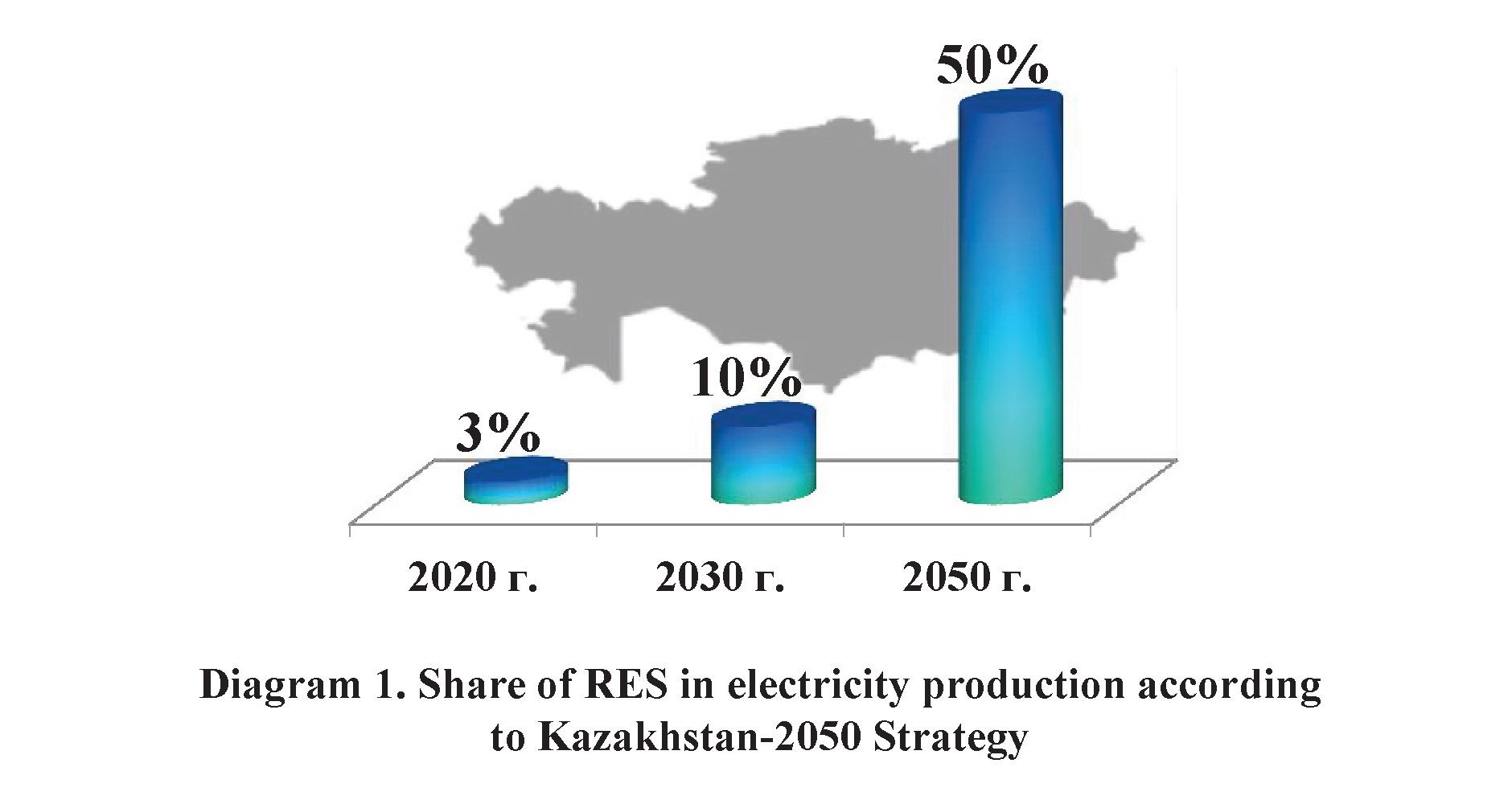 2017). This decrease in generation in the reporting period is due to a decrease in water consumption relative to 2017 [5].

A similar situation developed in 2017. The decrease in generation was observed in the hydroelectric power plants of Kazakhstan (-448 million kWh or -3,9%), due to lower water flow at the Irtysh HPP Cascade and hydropower plants of Almaty region.

Of course, it is premature to talk about the criticality of the situation, especially in view of the factor of seasonality of changes in the water content of rivers and climatic features of the region. At the same time, it should be noted that, despite the decrease in the productivity of large hydropower plants, the general trend for steady growth is observed both in the production and consumption of electricity. Electricity production in 2018 in Kazakhstan amounted to 106.7 billion kWh (an increase of 4.3% by 2017). Electricity consumption in the country amounted to 103.2 billion kWh (an increase of 5.5% by 2017).

It is estimated that more than 66% of the total water intake in Kazakhstan, mainly from the Syr Darya, Ili, Chu, Talas and Irtysh rivers, is used for agriculture, including irrigation and animal husbandry, and 30% is used for industry. The remaining 4% is used for human consumption. In fact, Kazakhstan is currently facing the need to improve the regional water strategy and strengthen measures to preserve the

resource potential of the river system and its environmental safety.

As can be seen from Figure 1, there are three hydropower-rich regions in the country: Irtysh river basin with large

It is worth noting that water resources are extremely disproportionately distributed within the country and are characterized by significant seasonal dynamics. For example, the basins of the Balkhash-Alakol and Irtysh basins in the Eastern and NorthEastern regions account for almost 75% of the surface water resources generated domestically, while there is a significant water shortage in the Western and SouthWestern regions. Today there are eight main river basins in Kazakhstan:

It should be noted that about 90% of all rivers of the country are small, which makes the construction of small hydropower plants 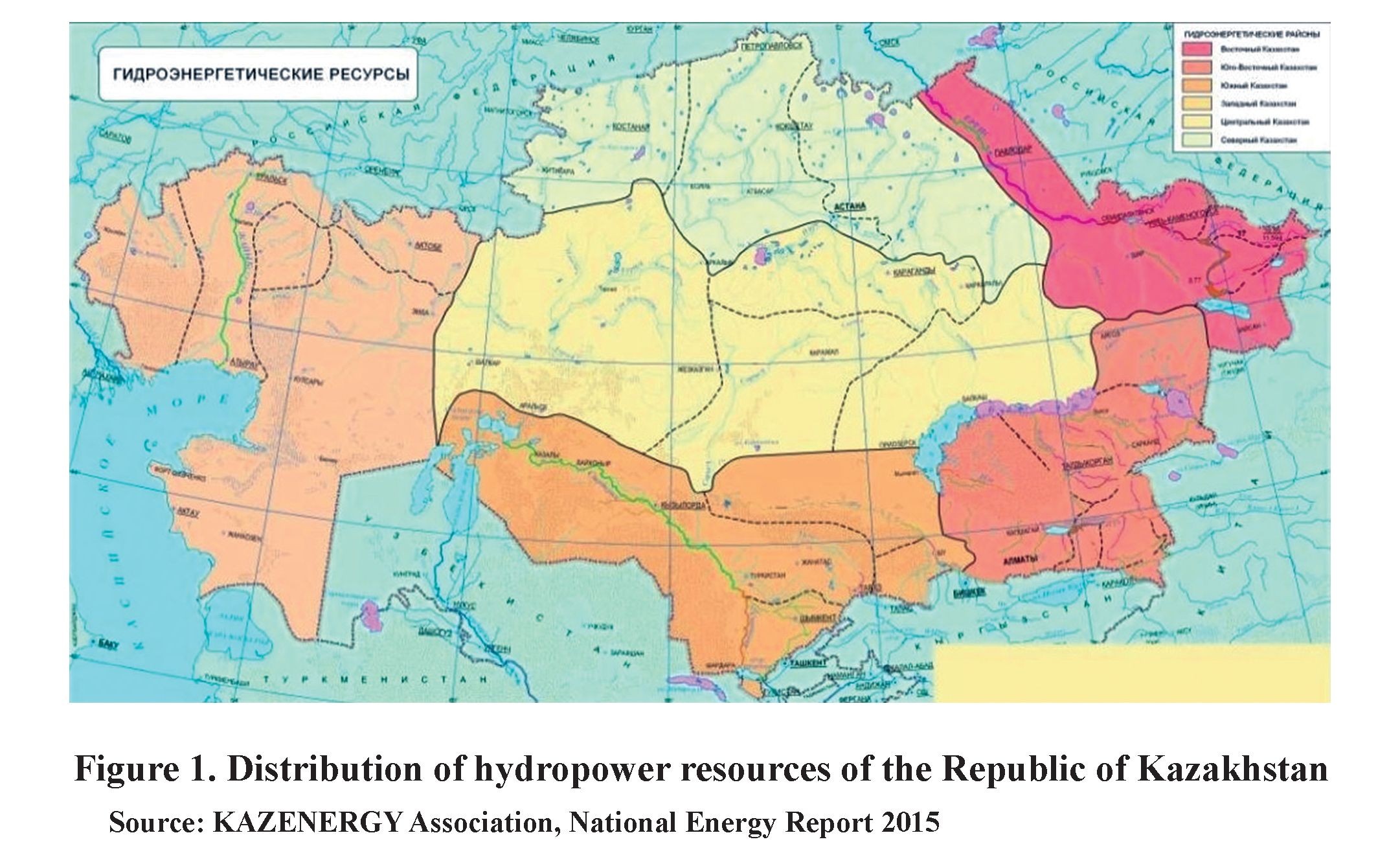 Table 1. Electricity Generation by Small Hydroelectric Power Plants in the Republic of Kazakhstan in 2017-2019 (million kWh)

Source: according to the Ministry of Energy of the Republic of Kazakhstan

Sufficiently low cost, reliability and environmental friendliness are strong arguments in favor of the construction of hydropower projects of low capacity. East Kazakhstan, Zhambyl and Almaty oblasts are the leaders in the implementation of relevant initiatives.

In fact, local authorities of Almaty region have already formed a special program for the development of hydropower potential. This is not surprising, because 65% of the reserves of hydropower resources of mountain rivers of all Kazakhstan are concentrated in the Almaty region. Due to the developed program, 28 facilities will be built in the region until 2025, which will additionally produce more than 850 MW of their own electricity [8].

In addition, a study conducted by a specialist in the Turkestan region identified more than 43 potential sites for small hydropower plants on 20 rivers with a total capacity of 119.84 MW. For example, we are talking about the construction of two small hydropower plants with a total capacity of 4.2 MW on the Mashat river in the Tulkubas district of the region [9].

Despite the fact that since 2013 the country has started the active launch of new hydropower facilities, the average age of hydroelectric power plants in Kazakhstan is more than 30-40 years. Moreover, since HPPs in Kazakhstan, with the exception of large hydroelectric power plants, have relatively low capacity, they are aimed at regulating the distribution of electric load while readjusting the energy supply during periods of peak consumption.

Nevertheless, the hydropower sector is a key element of the country’s energy security. After decades of ups and downs, the total energy production generated by HPPs in Kazakhstan is finally stabilizing, giving prospects for further development of the industry.