Abstract. This year Central Asia’s countries will celebrate 28th anniversary of their independence since the collapse of the Soviet Union. Central Asia is made up from five culturally and ethnically diverse states, which went through the different trajectories of development in terms of economic and political aspects. Kazakhstan and Kyrgyzstan made relative progress in implementation of market-oriented reforms, while the rest of the countries are still undergoing the process of moving from the central-planning economy to the market one. The decline in the world prices for hydrocarbon commodities presents challenge for the Central Asia’s states, whereas the recent political changes in the region raise the question whether Central Asia’s nations would be able to gradually embrace the democratization process. This paper aims to predict: what will happen in the Central Asia’s region in the next ten years? Also, consider the key challenges and prospects for the Central Asia’s states as well as provide some recommendations in terms of tackling states’ problems and strengthening cooperation in the region.

The status-quo scenario implies that the Central Asian countries in the next ten years will not experience any radical changes in the political, economic and social dimensions of their developments. In this regard, only Kyrgyzstan will go through the path of further political and economic reforms, while Kazakhstan, Uzbekistan, Tajikistan and Turkmenistan will pay attention for economic growth without any attempt of political liberalization. Thus the centralized political systems with top-down approach of administration are expected to persist in these countries.

This scenario implies that the Central Asian current problems and issues will experience further deterioration. The tensions and disputes between the countries may transform into the real conflicts. At the same time the influence of external factors may weaken the capacities of the states in the region.

Water issue as the source of conflict

Central Asian states are interconnected into one transboundary water system through two prominent rivers: Amu Darya and Syr Darya. The change in water use in one of the countries inevitably affects the interests of other countries. Kyrgyzstan and Tajikistan, where respectively Amu Darya and Syr Darya originate, are interested in using the available water resources to generate hydropower. On the contrary, the lower reaches countries - Kazakhstan, Turkmenistan and Uzbekistan, intend to continue to use these same resources for irrigation (Picture 1). Currently, vast proportion of water resources of Kazakhstan (42%), Uzbekistan (77%) and Turkmenistan (94%) comes from Amu Darya and Syr Darya [1]. Furthermore, the upper countries are interested in the maximum discharge of water in

QUARTERLY ANALYTICAL REVIEW 2 (74)/2019 the energy deficient winter-time, and the lower reaches countries need the maximum flow of water in the summer period for irrigation of land [2].

Currently the tensions between the countries could be traced regarding the Rogun hydroelectric power plant (HPP), which is under construction in the Tajiksistan. Tajikistan is planning to complete the HPP by 2024 in order to increase the supply of the electricity in the domestic market as well as export the electricity abroad [3]. Uzbeskistan opposes the construction of Rogun HPP, since it undermines the water reserves of Uzbeks. In the similar vein, the Kambarata HPP and Toktogul HPP in Kyrgyzstan hinder the water capacity of Uzbekistan, Kazakhstan and Turkmenistan [4]. These very contradictions between two groups of countries accompanied by limited cooperation increase the probability of future conflicts.

Ethnic tensions as the source of internal and external conflict

Another possible reason for the future conflicts in Central Asia arise from the ethnic tensions. An American diplomat Z.Brzezinski characterized the Central Asia as «Eurasian Balkans» [5]. From the Z.Brzezinski’s perspective the Central Asia’s ethnical diversity resembles those of former Yugoslavia states, which were engaged in heavy clashes in Balkans. The worldwide tendency of strengthening the nationalistic sentiments is also can be traced in Central Asian context. Thus, on many occasions the ordinary crimes with the involvement of representatives of 17 titular nation and minority ethnic group transform into the interethnic conflicts [6].

In Kazakhstan despite the government policy of promoting the multinational image of the society characterized by tolerance, often times interethnic conflicts take place. In particular interethnic clashes occur between the Kazakhs and representatives of Uzbek, Tajik, Chechen and other ethnicities mostly in Turkestan as well as Almaty region. Similarly, interethnic conflicts arise in Kyrgyzstan, predominantly between the Kyrgyz and Uzbeks; in Tajikistan between Tajiks and Uzbkes; in Uzbekistan between Uzbeks and Tajiks.

These interethnic conflicts can not only destabilize the situation within the countries, but also have the potential to deteriorate the relationships between the Central Asian states. Since, suppression of minority groups in one state may lead to backlash from neighboring countries with the purpose of protecting their compatriots.

Radicalization as the security threat

An increase of income inequality in the Central Asian region along with deterioration of socio-economic conditions provide the platform for the expansion of radical ideas and extremist thoughts among the disadvantaged group of population. The widespread cases of recruitment of Central Asian citizens as foreign terrorist fighters demonstrate the ineffectiveness of Preventing Violent Extremism programs in Central Asia [7].

Thus, in the next ten years period, the economic recession accompanied by the penetration of the region with fundamental Islamic thoughts present the high risk of radicalization of certain groups of population and possible initiation of terrorist attacks. In this regard, the Fergana valley in Uzbekistan has high potential of becoming the regional center of terrorists.

Interference of third parties as the threat to independence

The Central Asia traditionally has been within the domain of interest of hegemon powers, namely Russia, China and USA. After the collapse of Soviet Union, Central Asian states have to maintain the multivector policy in order to keep balance between the hegemon powers [8]. The current trends suggest that control over the region in near future could shift towards China. On the one hand, this is explained by possible withdrawal of American forces from Afghanistan and recent closure of their military base in Manas, Kyrgyzstan. On the other hand, the western sanctions on Russia accompanied with its negative demographic growth rate may lead to the stagnation of Russian economy and consequent failure of Eurasian integration processes.

Thus, in the next ten years period the Chinese «positions» in the region can be expanded and strengthened. The development of further economic and political integration between the China and Central Asian states, threatens the independence and sovereignty of Central Asian countries in terms of making decisions on their domestic and foreign affairs.

This scenario implies that Central Asian states will find the way to overcome the current problems, develop the cooperation and effectively proceed through the modernization process (Picture 2).

One Belt One Road initiative

In this regard, the Central Asia has great opportunity to revitalize the ancient Silk Road and become the «bridge» between the East and

In ten years’ time, the Central Asian states could well become the large logistic and transport hub between the Europe and Eastern Asia. In other words, the OBOR initiative provides the chance for Central Asian states to overcome the problem of landlocked area that is characterized by absence of access to the oceans. Most importantly, the OBOR initiative stimulates the economies of the Central Asian states. The construction of necessary infrastructure along the transnational corridors creates the new workplaces and stimulates the trading activities in the region.

There have been made some steps toward regional cooperation between the Central Asian states. Last year the presidents of Central Asia participated in the consultative meeting in Astana [10]. This year the consultative meeting is expected to take place in Tashkent. The official meetings between state leaders are accompanied by so-called «second track». As conferences and roundtables organized where representatives of expert communities of Central Asia discuss the possibilities for further economic cooperation between the regional states.

In ten years period the regular meetings and discussions are expected to institutionalize the regional cooperation and transform into the beneficial economic trade. In this regard, Kazakhstan and Turkmenistan’s comparative advantage in natural resources could be well complemented by the agricultural products of other regional states. The OBOR initiative would only strengthen the trade between the countries. The further implementation of joint projects, elimination of trade barriers, harmonization of legal frameworks and liberalization of money exchange operations are expected to provide a platform for the appearance of kind of Central Asian economic union. Free movement of labor and capital would boost the economic growth in the region. The competition on the joint market will make products for consumers cheaper, while qualifications of employees would increase. 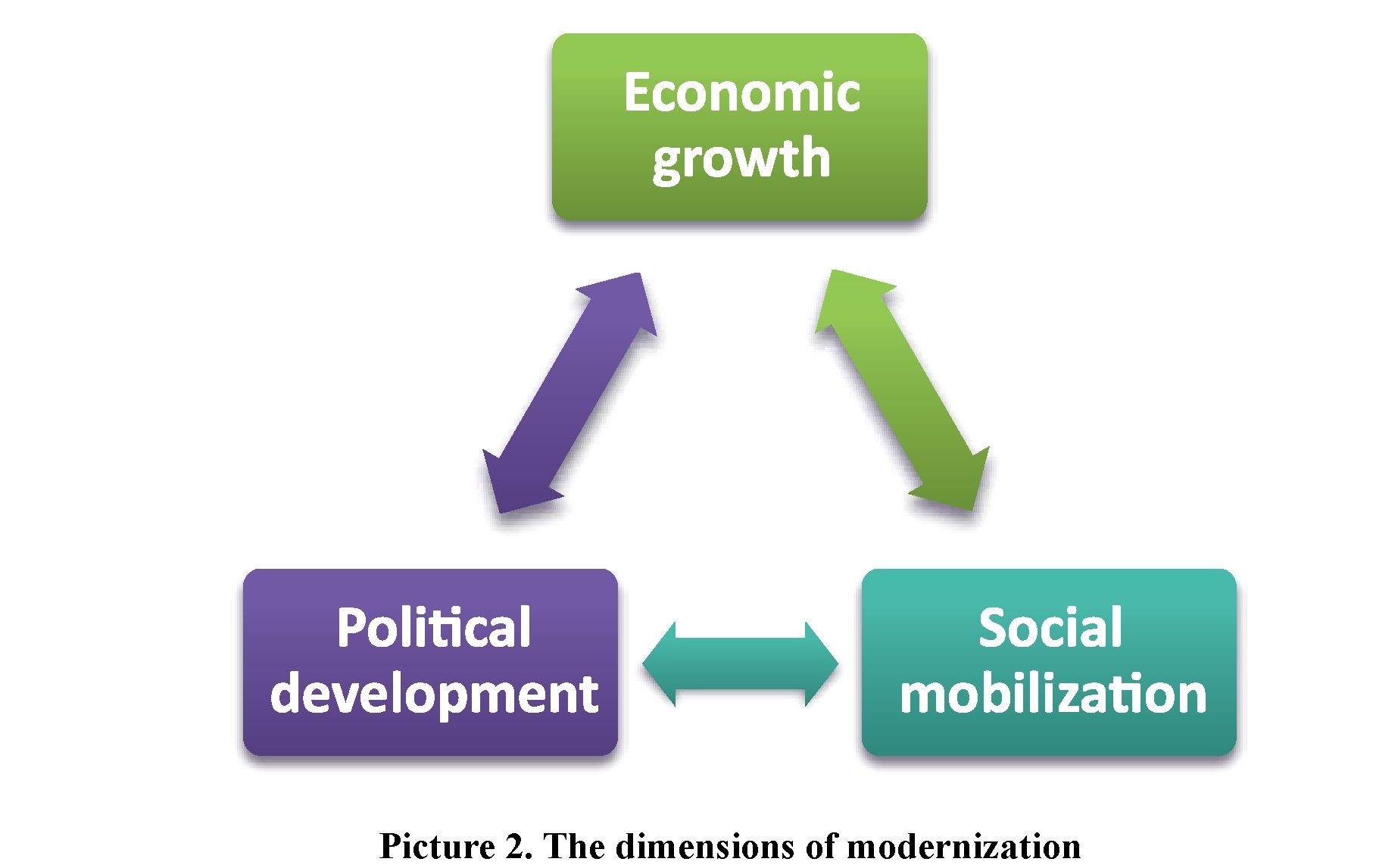 Recent resignation of President Nazarbayev provoked the media discourse about the transition of power in Kazakhstan. It is widely expected that the next elected President of the Kazakhstan is going to be from the close circle of the Leader of the Nation, so that the smooth transition of power is guaranteed and stability of government policy is ensured [11]. Nevertheless, the very fact that Nazarbayev stepped down sets precedence in Central Asia and gives a hope of the beginning of «political spring» in the region.

The peaceful transition of power in Kazakhstan replicates the Chinese and Singaporean experiences. Although, Nazarbayev will remain as the leader of the ruling Nur Otan party and chairman of the Security Council of Kazakhstan, the next President of the state will not enjoy the «same level» of power as Nazarbayev previously exercised. Consequently, the Kazakhstan political structure may transform into the one that is characterized by the well-functioning system of checks and balances. The «absolute power» can be diffused into the legislative, executive and judicial branches of government. Consequently, such vital institutions as rule of law and state accountability can be strengthened in Kazakhstan.

The political transformation in Kazakhstan is expected to trigger the demands of citizens of other Central Asian states toward their authorities regarding the political liberalization. Primarily this is relevant for Tajikistan and Turkmenistan, where current presidents are highly authoritarian and exercise the absolute power. The widespread poverty in these countries undermines the legitimacy of power of both S.Niyazov and G.Berdymuhamedov. So, Tajikistan and Turkmenistan are reaching their critical juncture, where radical political changes are expected to be made.

Kyrgyzstan as the champion of democratic reforms in the region will continue its journey toward liberalization. Uzbekistan with the arrival of Mirziyoev has already demonstrated its intention to loosen the state control. While, recent protests of multichildren mothers in Kazakhstan as well as social media discourse put the pressure on Kazakhstani authorities for greater involvement of citizen in the decision-making process. Thus, in the next ten years period the Kyrgyzstan is likely to transform into the full democracy, Kazakhstan and Uzbekistan are expected to enter the league of transitional democracies (Picture 3). The absence of political reforms may trigger the revolutionary processes in Tajikistan and Turkmenistan. Thus, these states are expected to make some steps toward liberalization either through the revolution or own intentions of their presidents.

The structural reforms are needed in Central Asia. Here the primary focus should be on three pillars: economic, social and political modernization. The gradual and uniform development of these dimensions would ensure the prosperity of Central Asian states. The following recommendations are appropriate for each Central Asian country:

The best course of action for Kazakhstan in the next ten years is to keep balance between the political, economic and social modernizations.

The achievement of this objective would allow the Kazakhstan to stay in the position of the regional leader. The other Central Asian countries should be considered as allies for Kazakhstan. The common history, traditions and future goals provide the platform for beneficial cooperation. In the long-run, the strengthened multilateral relationships between the countries accompanied by joint projects as well as markets for goods and services will enhance the capacities of Central Asian states to withstand the global storms and resist against the interests of hegemon powers.