Cognitive rehabilitation of memory problems in children with epilepsy in shymkent

Children with epilepsy often complain about their memory. Memory deficits are also most commonly observed during neuropsychological evaluation. Parents of children with memory problems ask neurologists for some kind of memory training. General memory improvement is not possible, but learning mnemonics clearly will help to solve some of the most common everyday memory problems of children. Most mnemonics follow the general rules for good learning or memory. Training goals must be tailor-made, small and as concrete as possible and fully adjusted to the needs and wishes of the patients with epilepsy.

Introduction. Children with epilepsy have more cognitive and behavioural problems. These include developmental problems like lack of social skills of low self-esteem, learning and educational problems due to cognitive impairments, affective disorders like depression and anxiety.[1] In this article we will disscus on the management of the observed cognitive impairments in epilepsy and more specific on the treatment of memory problems. Children with epilepsy suffer with different cognitive disturbances such as, mental slowing, attention or concentration problems, language difficulties, deficits in executive functions and memory problems. In this article we will describe the current view of neuropsychological rehabilitation and focus on the cognitive rehabilitation of memory deficits. We will focus on the specific aspects that have to be taken into account when designing a memory rehabilitation program. And will be illustrated with the rehabilitation program that has been developed in Children Hospital in Shymkent, Turkestan region.

Purpose of our research. Conduct a neuropsychological examination in children with epilepsy and develop cognitive rehabilitation program.

Materials and methods. In our own study we analysed subjective memory complaints in a relatively large sample of 316 epilepsy patients with intractable seizures, using a standardized memory questionnaire for children with epilepsy.[2] The prevalence of memory problems in patients with refractory epilepsy has been estimated as high as 50–80%, and more than half of the patients who are referred for neuropsychological assessment reported memory difficulties in daily life.[3] Memory complaints may thus be seen as a general ‘psychosomatic’ reaction in patients who experience consequences of memory loss in their daily lives. As already described earlier in other brain-damaged patients, also in epilepsy patients memory complaints do not necessarily indicate memory deficits. [4] Since our samples are related (the same patients before and after treatment and rehabilitation) and the data were ranked (ordinal), the Nonparametric criteria Wilcoxon test (W) was chosen. The SPSS program converts the Wilcoson test to a z-value always regardless of sample sizes. 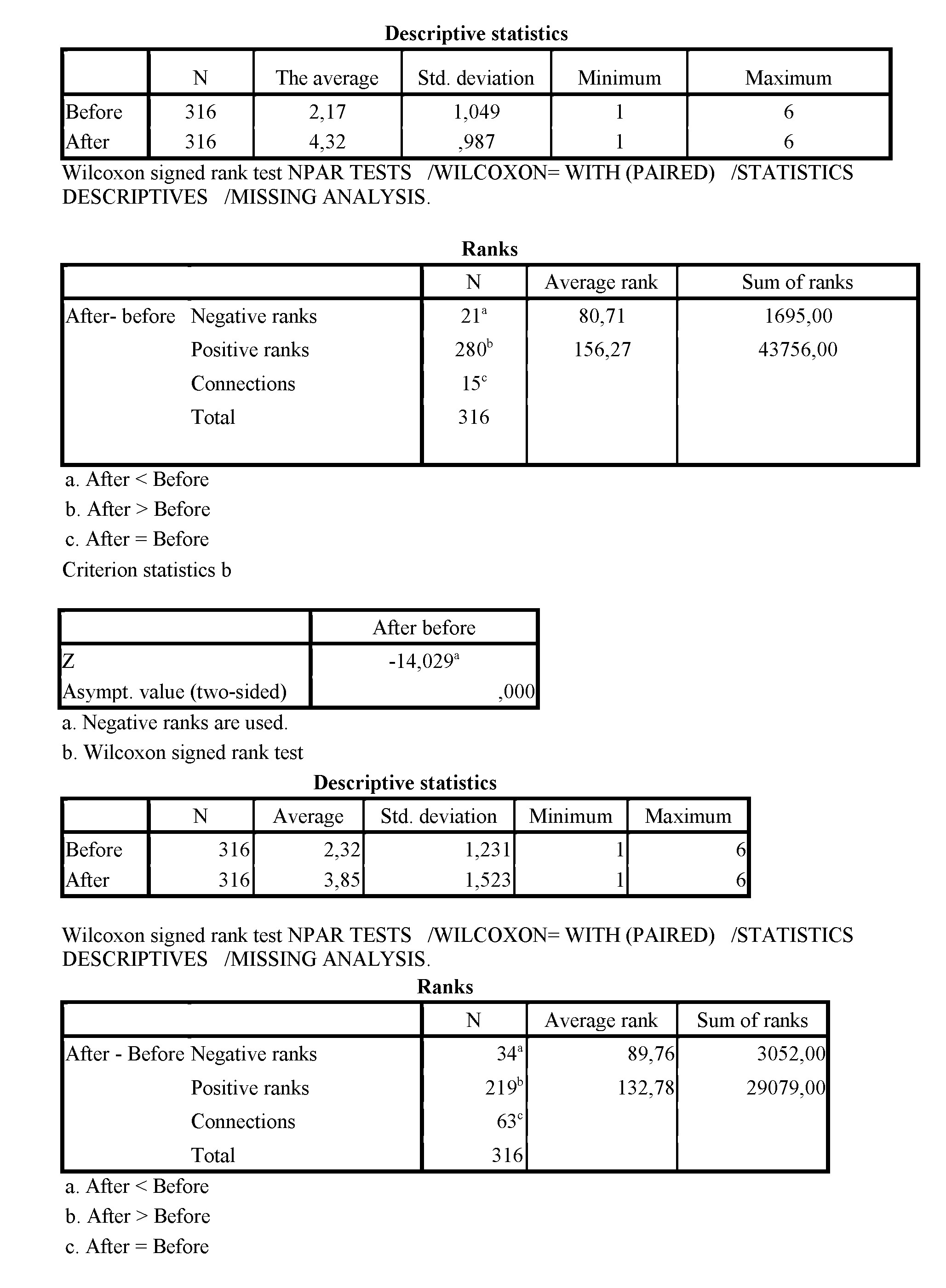 The development of neuropsychological treatment programmes, which we will refer to as cognitive rehabilitation, is one of the most challenging tasks for neuropsychology.

Results and Discussions. When designing a memory rehabilitation program for children with memory problems more general as well as specific aspects should be taken into account. General aspects include (1) psycho-education into the effects of brain damage and cognitive difficulties, (2) the impact of personality changes and emotional reactions and (3) the individual perception of the cognitive disorders. More specific aspects of the program have to do with (1) what memory problems should be trained and what are the best (2) strategies to be used. [5]

Psycho-education. Brain damage and cognitive problems in general have a deep impact in the life of a patient and his of her family. Many questions may rise about the consequences of the cognitive deficits for future life or the possibilities to train or restore memory. In most cases, patients are sent to the neuropsychologist by their neurologist, with a well intentioned but far to optimistic perspective that the neuropsychologist will ‘restore’ memory with a training program. Creating a realistic perspective about the impact and possibilities for improvement of the memory problems is the first important step in every memory treatment program. [6]

Changes in personality and emotional disturbances are frequently found after brain damage. These include a wide range of problems such as behavioural problems (impulsiveness and low frustration tolerance), lack of insight (and as a consequence poor motivation), symptoms of depression and anxiety, problems of acceptance, personality traits like neuroticism, rigidity or compulsiveness and dysfunctional thought patterns like catastrophic reactions or the wish that only return to the premorbid situation can be satisfactory. [7] It needs no explanations that these problems strongly interfere with the long and intensive learning and training that is required in a rehabilitation program and should be taken into account before rehabilitation starts.

Perception of disorder. For some children a large discrepancy exists between the severity of the observed memory disturbances as indicated with memory tests and the severity and impact of these memory problems in daily life. Children with epilepsy may have relatively mild memory disturbances but experience such extensive memory problems that they hardly are able to function in daily life.[8] In this case, it is very likely that these memory problems are more related to loss of memory confidence instead of loss of memory competence. A concept that may be used here is memory self-efficacy.

Conclusion. Children are referred the Children Hospital by one of the neurologists because of memory complaints. With an extended neuropsychological assessment self-reports by patients with epilepsy are confirmed psychometrically for diagnostic purposes.[9] Only patients with objectively defined memory deficits are considered as participants for the treatment program described here. In case memory problems are caused for instance by mood disorders, poor motivation, impaired executive functioning, patients are not included in the memory support program and an alternative treatment plan is formulated. Another aim of the neuropsychological assessment is to determine the general cognitive abilities of the patients, as well as to measure specific other cognitive functions that are related to memory functioning in daily life (i.e. attention, language, executive functions). [10] Finally, some personality and motivational aspects that are crucial for successful attending a rehabilitation program are described.