Phlomis salicifolia is a perennial herbaceous plant of the genus Plomis L. of the family Lamiaceae. On the territory of the Republic of Kazakhstan the species is widely distributed in the steppes and among shrubs, on stony mountain slopes, meadows. The plant is popular in folk medicine as anti-inflammatory agent in diseases of the gastrointestinal tract, upper respiratory tract, as well as to boost immunity, also has healing and toning, antibacterial action. This article describes the results of a study of phytochemical reactions and IR spectral analysis.

Introduction. Now has the increased attention to the official and folk medicine, mostly due to the centuries-old experience of use of medicinal properties of plants and their great therapeutic value and no side effects that are often observed in the use of chemicals. This arouses great interest for a more detailed study of already known properties of wild medicinal plants and the search for new [1].

Particularly noteworthy are plants of the genus Phlomis L. This genus belongs to the family Lamiaceae and distributed on the territory of Kazakhstan, Mongolia, Middle and East Asia, West Siberia. Live plant genus in the steppes and scrublands, rocky hillsides, meadows, mixed herbal forests and edges [2]. Members of the genus Phlomis L. is widely used in traditional and folk medicine, as they have a wide range of nutrients. In this regard, work on identifying their component structure. On the territory of South Kazakhstan grows of the genus Phlomis L. Phlomis salicifolia. It is a perennial bearing rosettes of leaves and flowering stems. Root rather thick, fibrous. Leaves dark green above, dull, wrinkled from depressed veins, more or less stellate pubescent, below with prominent veins, grayish from dense stellate pubescence [3].

The purpose of the study: phytochemical study of Phlomis salicifolia in the flora of southern Kazakhstan.

Materials and methods. Air-dry raw material the investigated plants were collected in South Kazakhstan region S. Kaskasu and S. Boraldai. To identify the macroscopic, microscopic analysis of raw materials, and also to determine its purity (moisture) at the global Fund XI edition (Volume1) [4]. For extraction of the used organic solvents: hexane, benzene and 96%-ethanol, acetonitrile. To detect the

2. The results of IR spectral analysis 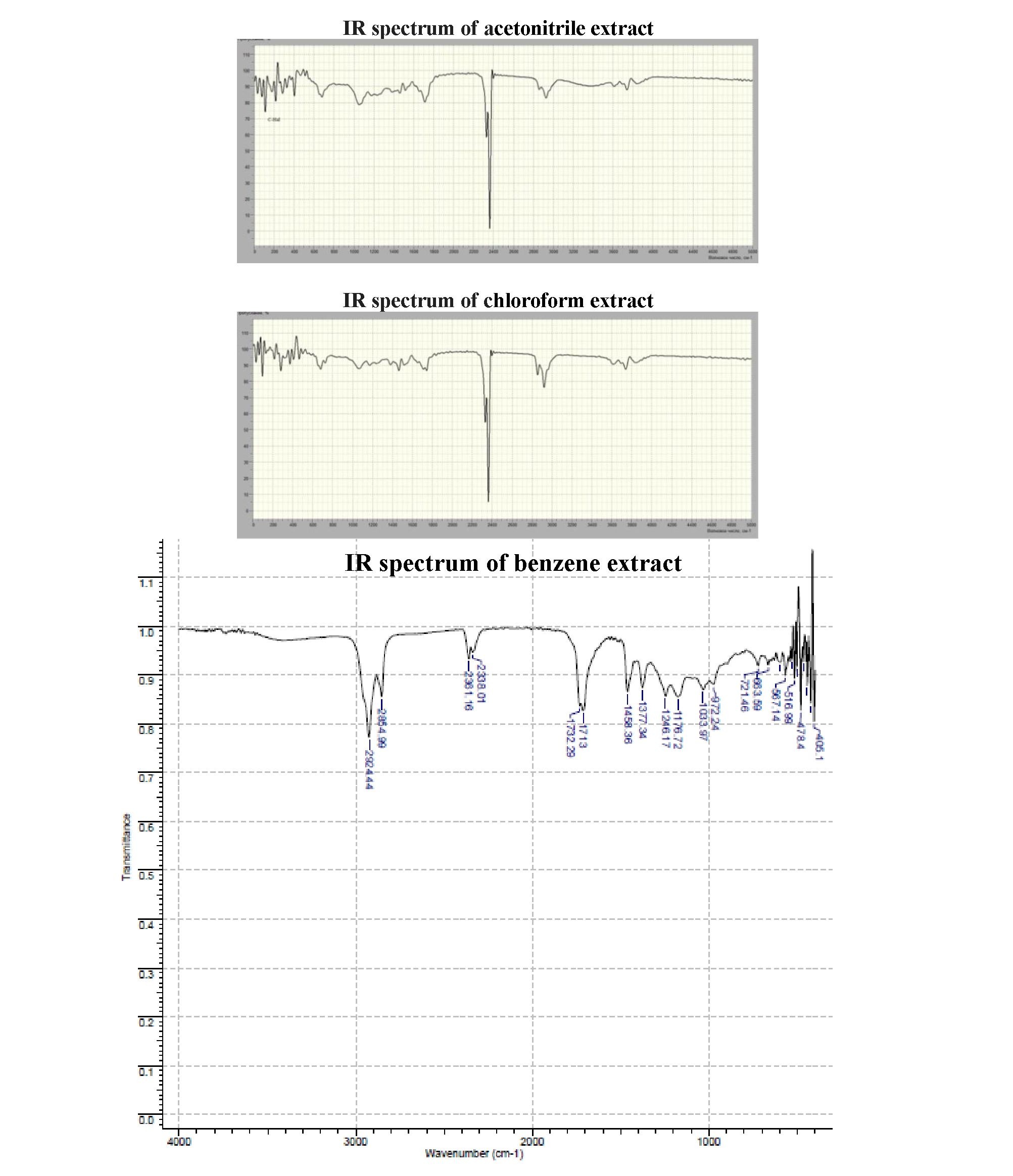 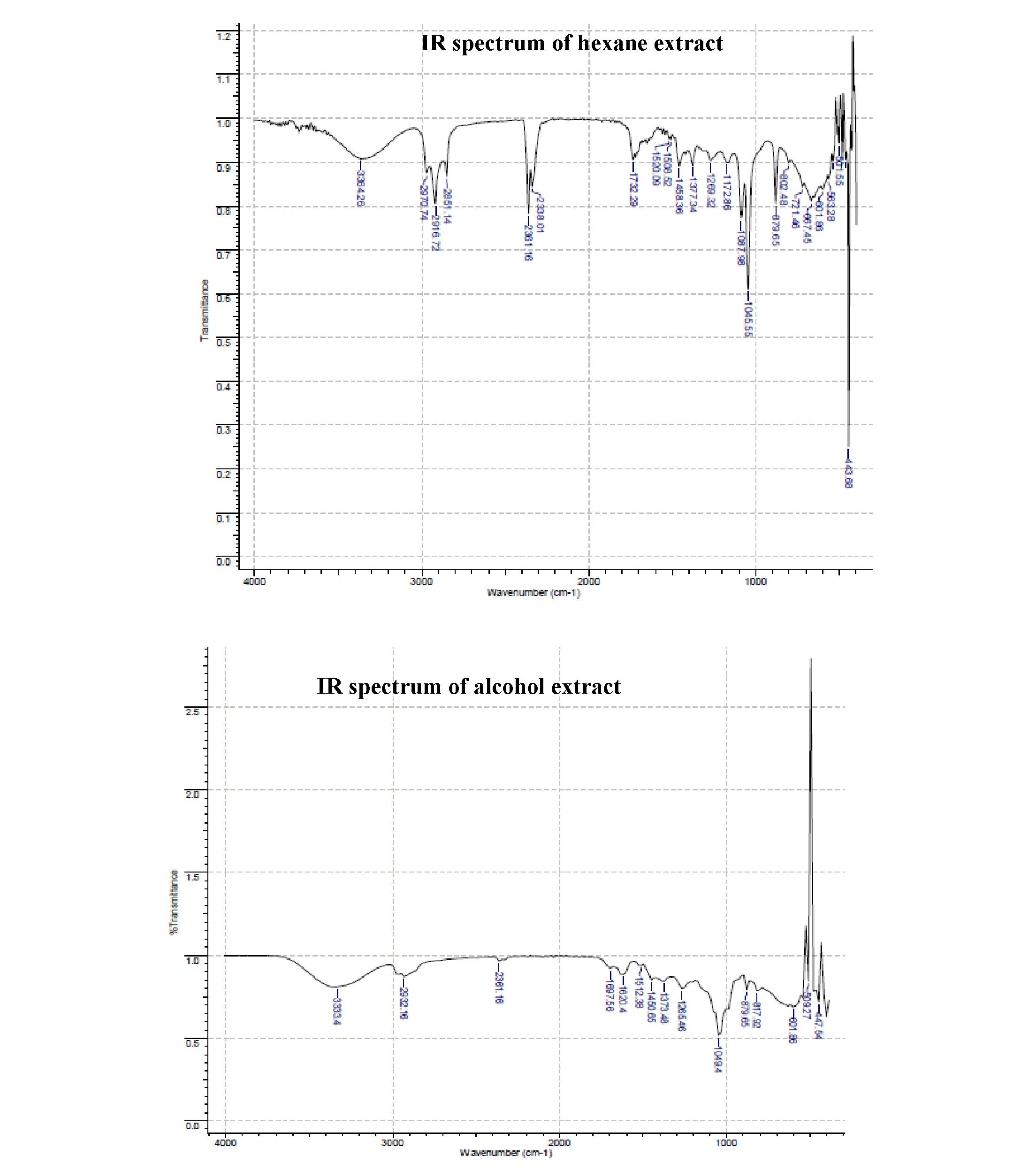 Conclusion. In further studies it is planned the release of biologically active substances and their analysis using modern physico-chemical methods.