Comparativeanalysis of development of telemedicine in Kazakhstan and India

Introduction. Telemedicine-a term that was firstly invented in 1970s years, which means, —healing at a distance”. In other words, telemedicine is a new field, where the progressive technologies of ICT work together with medicine. [1] This field gives many opportunities, the main one is economy of human resources. It means that for doctors it is now notnecessity to go far away from their home or hospital to help person. In this particle time, in this century we can do it by using our smartphones. It does not matter patient need a help or doctor need a consultation, by using the new technologies of telemedicine, we can receive medical care even staying far away from the hospital.

This field is now good developing in all over the world. For example in Kazakhstan in South- Kazakhstan region, the telemedicine has already worked 10 years. In comparison with India, where telemedicine started to work with pilot projects in the year 2001, already 16 years. [2]

Materials and methods.Internet resources, the information of world health organization, data of using the telemedicine in Regional-clinical hospital in Shymkent, Excel application.

Diagram 2. The number of telemedicine consultation through adult population in years 2015 and 2016 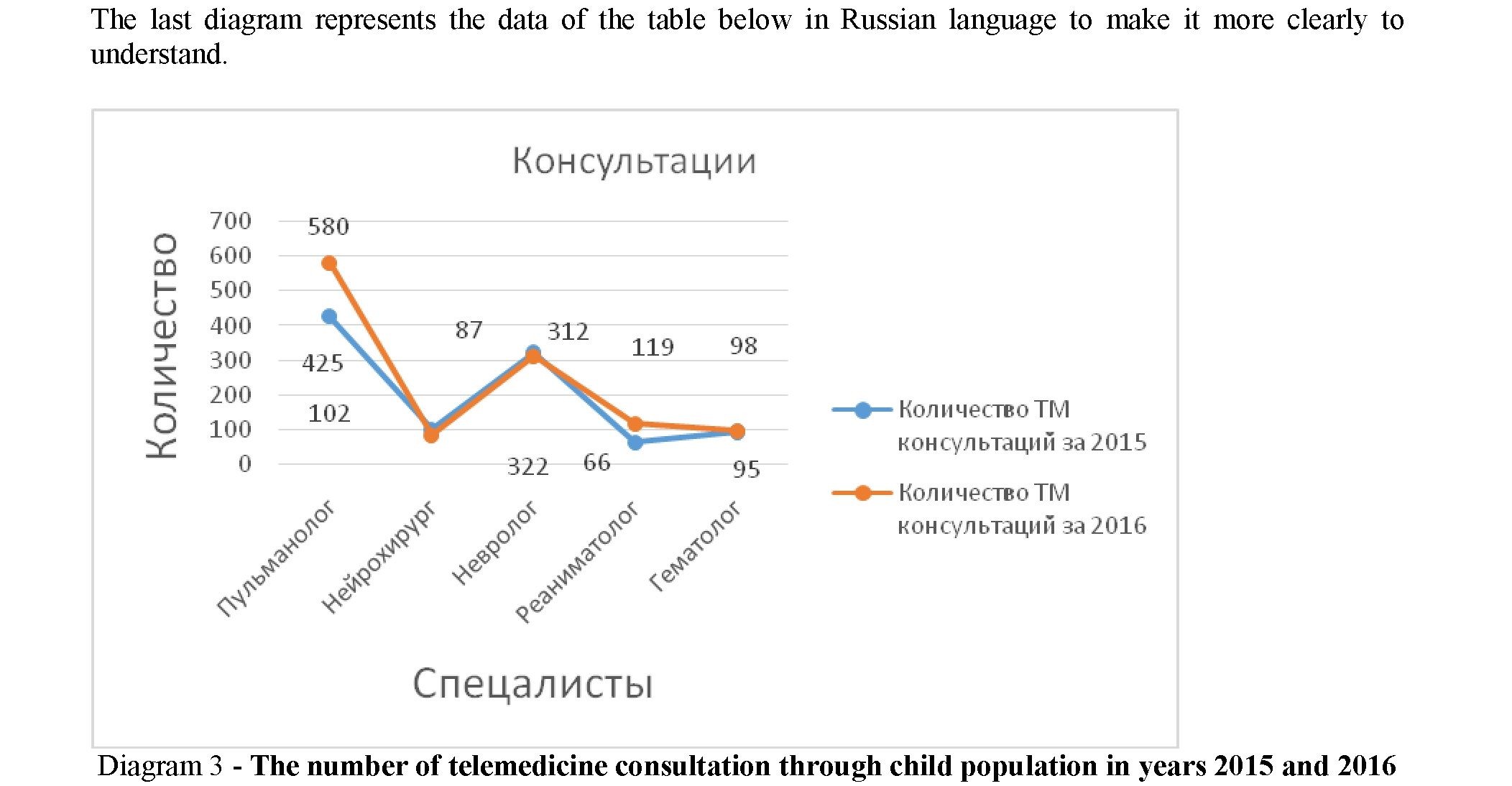 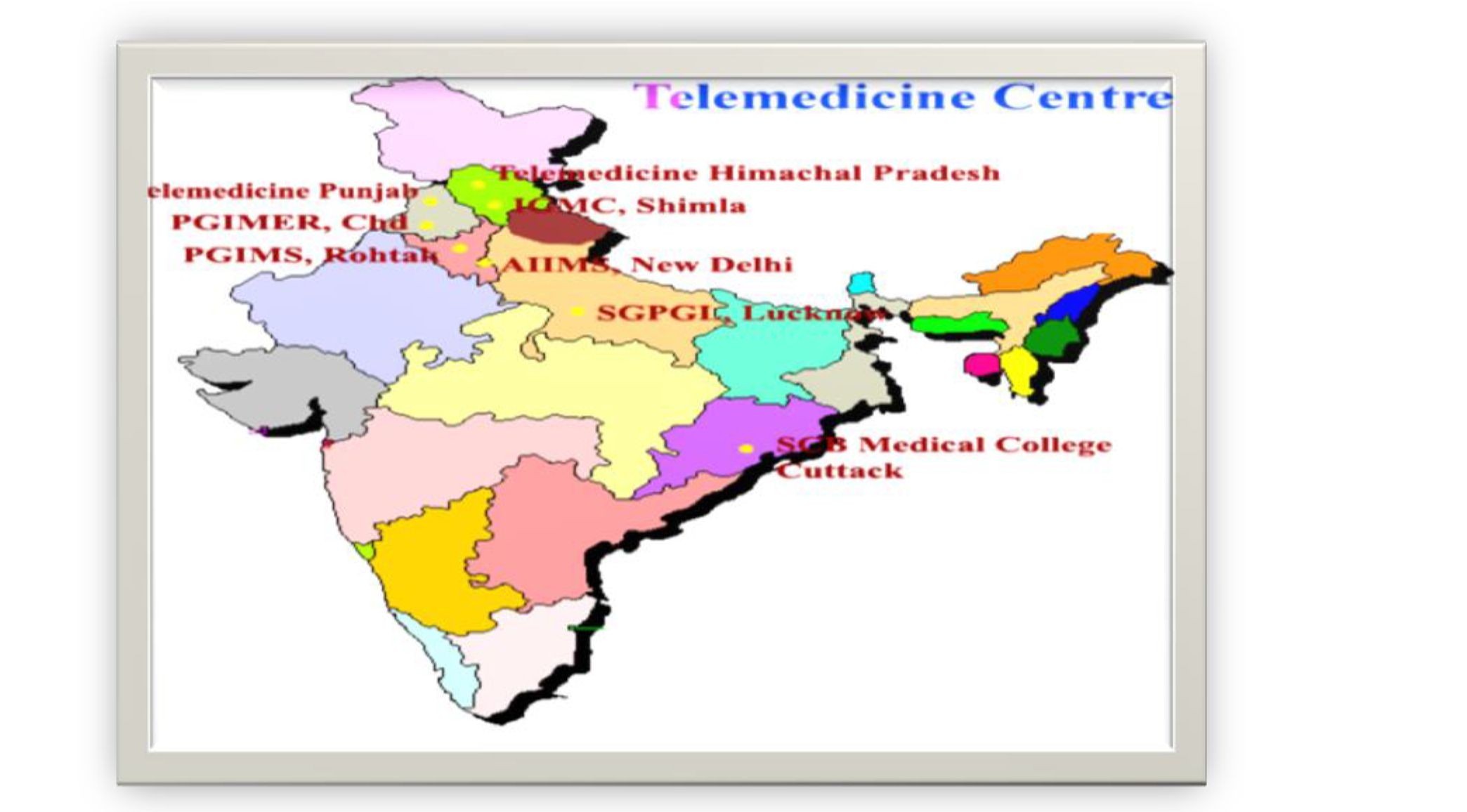 Conclusion.How we can see the telemedicine in Kazakhstan now is well developed, but in a very narrowfield. It works only for consultationsand we have not possibility to have a contact with doctors from another country. India has already had this opportunity. It means that this technologies more developed in India than in Kazakhstan. Nevertheless, we should evolve this field more and more every year.

Conflict of interests. Nowadays telemedicine is active developed all over the world.The good example of it can be the comparative analysis of development of telemedicine in two countries: Kazakhstan and India, to this was devoted thisscientific work. The main advantage of telemedicine is economy of human resources and time, also opportunity to have a contact with doctors from all over the world, nonetheless this field is not so good developed. In case of danger to health or critical condition of the health, when the doctor is far away from the patientThere is not any technologies to use for example mobile phone to receive a medical care. That is why we should develop this field more and more every year to save people’s life even if patients are far away from good medical care.