Translation peculiarities of phrasal verbs in literature of law

Currently one of the most important and determining factors of the Kazakhstani society development is training highly qualified, competent and also competitive specialists in different spheres. Multilingualism acquires a special actuality in this regard, which assumes using of several languages in the communication process, and easy language code-switching according to situation. Moreover, globalization of worldwide economic and political processes, extending of international relationship spheres, establishing of business contacts, bearing institutionalized nature defines the importance of professional level English language skills. In State program of development and functioning of languages in the Republic of Kazakhstan for 2011-2020 [1] necessity of preservation and strengthening of Kazakhstani people linguistic capital, where English and other foreign languages shall be studied as a mean of business, legislative and international communication. In connection with it active use of phrasal verbs is became more necessary in foreign language study, in particular English language.

Topicаlity of phrasal verbs studying is conditioned upon, firstly, the necessity of this units using by reason of their accuracy and expressiveness, secondly, the fact that they cause great difficulty for studying is incontestable, in particular as literal and idiomatic meanings are different. Furthermore, question of phrasal verbs functioning in legal literature remains open. Here we can discuss problems of wide range specialists training, holding not only conceptual framework and terms, used in legislation, but also a special way of legislative ideas expression, operating with all language categories of that given language.

Phrasal verbs are a unique phenomenon, taking a particular place in the English language lexical system. They are unique because of the fact that, in spite of changes which phrasal verbs were subject to in the language evolution process, they preserve their own idiomatic nature. According to Krylova I.D., in work a phrasal verb means the combination of verb with adverb and/or preposition composing a semantic unity. Phrasal verb – is a difficult unit, composed of two words (verb and adverb or verb and preposition), but sometimes of three and more words [2, 15]. For example, The government acceded to public pressure to review the tax.

Famous lexicographer L.P. Smith considerered this combination as one of the brighest pecularity of English language. «English language has an interesting type of composite verb, in which an adverb is used with a verb without obvious unity, for example, to boil down, to go under, to hang on, to back down, to own up, to take over, to run across. Verbs, relating to this type, despite the fact that they are used in colloquial language often add idiomatic effect into the language and help to express ideas and meanings more precisely» [3]1.

Today we can say with great certainty that significant growth of phrasal verbs number occurs in English language in general. This is evidenced by dictionaries, research, related to phrasal verbs and its application. In comparison of «The Dictionary of the English Language» dictionary of Samuel Johnson [4] – the most popular and full dictionary of XVII century and modern Oxford dictionary (2011) [5], we see that currently number of phrasal verbs have grown fourfold. Permanent growth of such construction in the language, and also an extension of its application sphere conditioned a huge interest from linguists.

A hypothesis of increasing number of phrasal verbs in English legal literature was developed by studying the process of phrasal verbs functioning peculiarities in legal literature, and diachronic analysis of its quantity was conducted for its confirmation, presented in British National Corpus ([BNC) [6], and in law «Criminal Law Act» (The National Archives) [7] of United Kingdom, which originated in 1967 and update every ten years. Each document consists of a hundred pages in about 4500 printed characters in volume.

The following documents with phrasal verbs can be founded in these documents:

of criminal justice; to provide for the alteration of certain pecuniary and other limits whether within or without territorial waters (1977);

For confirmation of developed hypothesis concerning legal literature of the American English language, we applied to Modern American English language corpus (COCA) [8]. The legal sub-corpus «ACAD: law/PolSci» was chosen as a basis in this corpus, in which the frequency of phrasal verbs applications for the period from 1990 to 2012 were revealed. The most frequently used phrasal verb is to deal with with relative frequency 0,01 %.

For example, But the 1982 convention deals with the law of peace, not war or self-defense.

The dynamic of this verb application can be shown in form of diagram, where we can see that number of application from 1990 to 2012 was significantly increased.

Phrasal verbs are idiomatic units particular only for English language that is why its translation into Russian language is complicated significantly. Moreover it is difficult to match a corresponding Russian equivalent to phrasal verb in legal discourse which required maximum accuracy, succinctness and a thorough from translator. To understand the nature of phrasal verbs as unique phenomenon of English language lexicon and to explore why they represent particular difficulties in acquisition, understanding and application in translation process is important and essential [9, 4].

During translation of phrasal verbs it is necessary to consider the fact that most phrasal verbs are polysemous, consequently context plays decisive role in selection of appropriate variant. For example, the phrasal verb refer to can gain three meanings depending its context in legal literature: 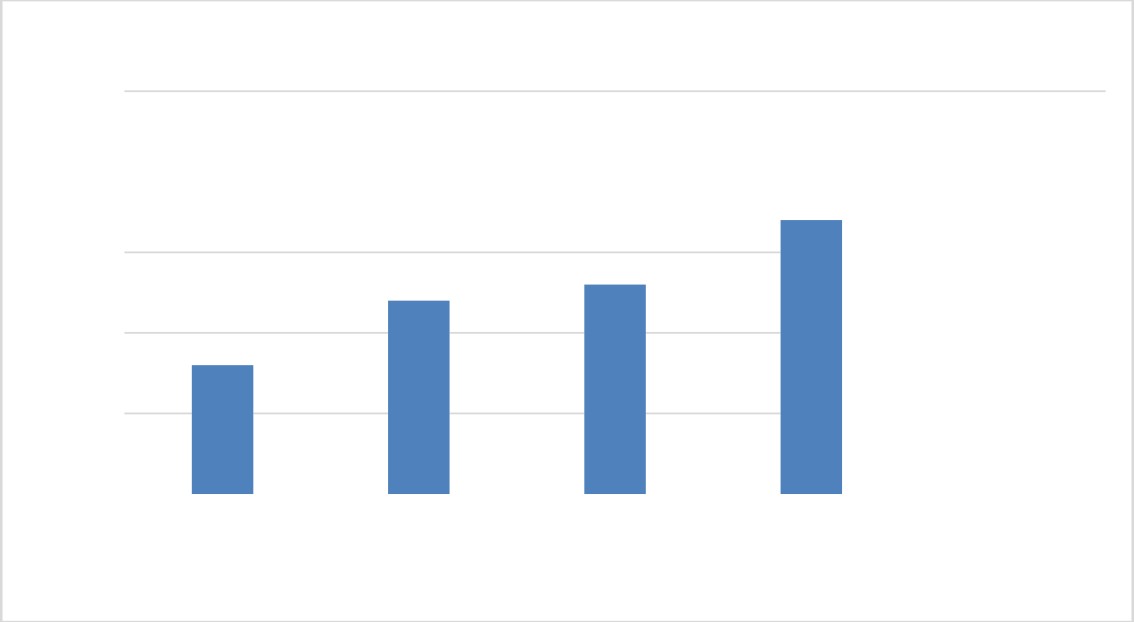 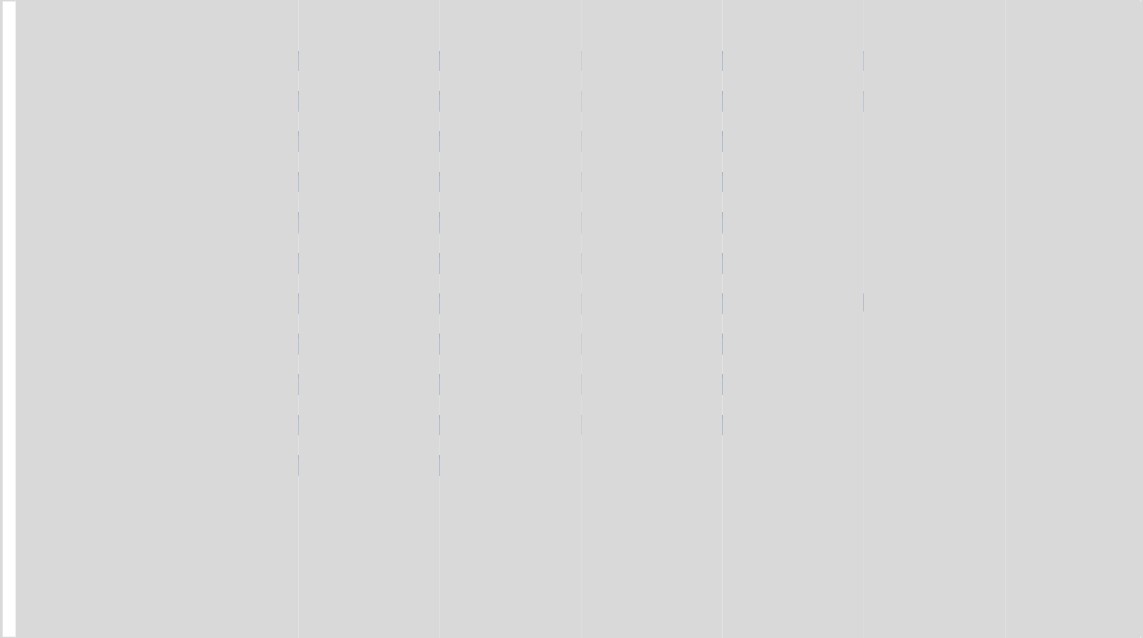 Also one of the frequently-used verbs of legal literature to deal with, depending of context may have several meanings.

There are also cases when only one semantic meaning among several is appropriate for legal translation, which can not always be taken from translation of structural components. For example, one of the widespread phrasal verbs in legal English language get out has eight meanings, but only one variant matches for the legal context «escape from prison». Several offenders managed to get out.

The most frequently used phrasal verb in British legal literature get off has twenty semantic meanings, but it shall be translated in legal literature only as to escape punishment. Supposed criminals got off owing to the deficiency of the motive of crime. – Подозреваемые избежали наказания в силу отсутствия мотива преступления.

There are phrasal verbs in legal literature, which are included in combination, having standard translations. These are constructions as to serve on a jury – исполнять обязанности присяжного заседателя, to bring in a verdict – вынести вердикт, to bring in a verdict of guilty – признать виновным, to bring in a verdict of not guilty – признать невиновным, to find for the plaintiff – выносить приговор в пользу истца (решить в пользу истца), find against the plaintiff – выносить приговор против истца (решить против истца), to break out of prison – совершить побег из тюрьмы, to go to law – обращаться в суд (подать в суд), to go beyond the law – совершить противозаконный поступок, to lay down the law – формулировать закон, to deal with a case – вести процесс, to lead for the prosecution – возлагать обвинение, to put under arrest / guard – взять кого-либо под стражу / арестовать. Only small group of phrasal verbs are marked with the law sign in bilingual dictionaries, i.e. legal, pointing out its function in legal discourse. Most regional belonging to Britain or American English languages is specified and stylistic marks as «formal» (official documents language), «informal» (colloquial) are also given.

In general, phrasal verbs represent significant constructions of the English language, which are characterized by idiomatic nature, polysemy and synonymy which constitute certain difficulty in the translation process and interpretation of legal texts from English to Russian. Even in legal literature we have to select an appropriate equivalent among several proposed depending on context.