Classification is considered an effective strategy for the development of the higher education system as it provides transparency and a basis for inter- organizational cooperation, methodological and analytical tools for research (Shin, 2009). Initially, academic organizations were classified in terms of law (legal classification), similarities and differences (Carnegie classification). However, classification on performance has become the main method for assessment and evaluation.

Researchers have used various criteria in the development of academic organizations typologies (Shin, 2009) including the vast spread of clustering and ranking tools of performance measurement in academic organizations (McCormick, 2008). A standard for definition of the best classification is closely linked to its intended use, as there are numerous factors that can be assessed. According to McCormick and Zhao (2005), a useful classification system considers multiple aspects such as the purpose, the nature of the objects, the criteria, the available data and the degree of differentiation.

In recent years, the development of global rankings among higher- education institutions has gained popularity among the public due to easily interpretable information and competitiveness between universities. Besides encouraging competition, rankings help to differentiate and characterize institution and serve as a framework for quality assessment (Harvey, 2008). According to Thakur (2007) ranking systems demonstrated effectiveness in academic field. Moreover, stakeholders also show great interest in rankings such as government for budget allocation and evaluation; prospective students and their families for enrollment in the best instituion; employers for assessment of candidates and their education.

However, rankings are also criticized for the selection of index-forming indicators. The basic criticism is that ranking systems use measurable data rather than quality (Stella & Woodhouse, 2007), vast selection of calculation formulas (Ioannidis et al., 2007), specialization and focus of the universities, failure to measure teaching method and diversity (Van Dyke, 2005; Carey, 2006). Raponi et al. (2016) came to conclusion that purely explanatory approaches used by rankings may not capture the complex structure of academic organizations. According to Erdogmus and Esen (2016), clustering techniques and assessment of university specification are advised to use to compare academic organizations.

Most analyzes initially focused on the institutional classification of academic organizations, and now the focus has shifted to research performance and disciplines (Valadkhani and Ville, 2009). Academic organizations often express certain strengths in one area and weaknesses in others, thus, overall institution analysis can be problematic. The decision to accept research performance as a classification criterion depends on two factors:

(1) The availability of data;

Academic performance indicators vary from state to state. According to Bartelse and Vught (2007), the researchers aim to classify the whole institution and education, research and innovation, student and staff profiles and institutional variables have been identified as the main Componentsin Europe. While, five indicators are commonly used in Australia: education and learning, student profile, research participation, information exchange and international orientation, the Australian Department of Education, Training and Youth Affairs (1998) classified academic organizations according to six criteria of cluster analysis: size, international orientation, diversity, full-time orientation, financial research orientation, and staff research orientation (Valadkhani & Worthington, 2006). The South Korean government has initiated a classification of academic organizations at least three times since the mid-1990s.

However, none of these initiatives is not widely accepted as classification standard. The lack of a classification scheme for academic organizations increases the limitations in academic research and policy development (Shin, 2009).

Universities offer associate degree, bachelor's, master's and master's programs. Academic staff are classified as faculty members with professors (professors, associate professors and assistant professors), faculty members (faculty members, instructors), research assistants or support staff (experts, translators, educational planners). There are state and foundation academic organizations. The operating income of state academic organizations comes from the government. Funding of the foundation's academic organizations comes from the founding, tuition fees and other sources. Most of the higher education institutions are state universities that are largely funded by the government. Government funding up to date was provided without performing a specific performance assessment. However, every university each year sends information on performance indicators to the Ministry of Education and Sciences and significant amount of budget is allocated according to number of students enrolled.

The number of teaching staff in 2018 was 38200 people (among them, doctors of science - 3,5 thousand people, candidates of science - 14 thousand, PhD doctors - 1562, 53% of the teaching staff have degrees). Like many countries after the collapse of the Soviet Union, Kazakhstan faces the need for more effective higher education. It is clear that existing resources should be used to meet the growing demand for research, education and services. In order to reach sustainability and continue operation, universities are faced by the necessity to increase their competitive advantage and performance. Unfortunately, there are few quantitative studies that guide ongoing strategy development and policy changes in higher education in Kazakhstan.

Clustering analysis, which is one of the multivariate statistical techniques, is used to classify the number of ungrouped data. Clustering analysis is a technique that allows data to be collected in discrete clusters in terms of similarities between units or variables. Hierarchical Cluster Analysis tries to minimize within- group variance while also maximizing between-group variance (Hair et al., 1998, p. 470).The assumption of normality of data, which is important in other multivariate statistical analyzes, is not very important in clustering analysis, but the normality of distance values is considered sufficient (Tatlidil, 1992: p.252). Clustering is done by looking at the similarity (distance) or distance measure of two observations or two variables according to the purpose determined as described above.

The main assumptions of cluster analysis are that data matrices do not divide рге-analysis prediction and criterion variables into sub-matrices and that the data are partly homogeneous and partly heterogeneous (Atamer, 1992).

Hierarchical clustering analysis is the process of combining clusters one after the other, and once a group has been combined with the other one, it cannot be separated in subsequent steps (Firat, 1995). The results of hierarchical techniques shown with tree diagrams are called dendograms (Lorr, 1983).

Hierarchical clustering analysis is grouped into two groups as agglomerative and divisive techniques.

Agglomerative Techniques. In agglomerative or bottom-up clustering method each observation assigned to its own cluster. Then, compute the similarity (distance) between each of the clusters {1/2 [n (n-l)]}and two closest clusters are combined according to the similarity or distance matrix. The analysis is repeated until there is only a single cluster left and n units are gradually placed in the cluster n, (n-1), (n-2), ... (nr), ... 3,2,1 (Everitt, 1971). Distance measurement differs depending on what method is used: single linkage technique, complete linkage technique, or average linkage technique.

Single linkagemethod. This technique was first applied by Florek et al. (1951) and then by Sneath (1957) and Johnson (1967), respectively. 1995). Using the distance or similarity matrix, the two closest observations or clusters are combined and the linkage process is repeated (Senturk, 1995; Firat, 1995).

In the merging process used criteria are:

In the merging process used criteria are:

The complete linkage technique cannot guarantee that all clusters can be formed in a right way if the distances of the observations in the same cluster are smaller than a certain value (Tatlidil, 1992).

The quantitative indicators were found to be appropriate criteria for institutional variables of clustered academic organizations in Kazakhstan. These criteria are as follows:

In addition, the following two ranking scores were found to be appropriate for the measurement and performance classification of academic organizations.

These two rankings include all academic organizations in Kazakhstan: IQAA (125) and Webometrics (125). The analysis is based on all institutions.

A dendrogram was used for graphical representation of the cluster results. The dendrogram is scaled from 0 to 25 units from left to right and the distances between the units are also equal. The horizontal lines in the dendrogram indicate the distance and the vertical lines indicate the component clusters. On the other hand, the cluster junction points on the scale indicate the groups between which groups are formed and the distance between the clusters. In this study, 29 state academic organizations, which are used as units, are grouped at scaled distances between 0-25 units. In terms of service items constituting the number of transactions, the most similar state academic organizations form a group by uniting at a distance of 1 unit, while the least similar state academic organizations form a group at a distance of 25 units (Ozer et al., 2010).

The dendrogram obtained from the number of 4 clusters using the between-groups linkage methodology is shown in Figure 1 and the results of the cluster analysis of State academic organizations on the basis of quantitative variables are shown in Table 1.

The results of the cluster analysis of the State academic organizations on the basis of quantitative variables are presented in Table 1. 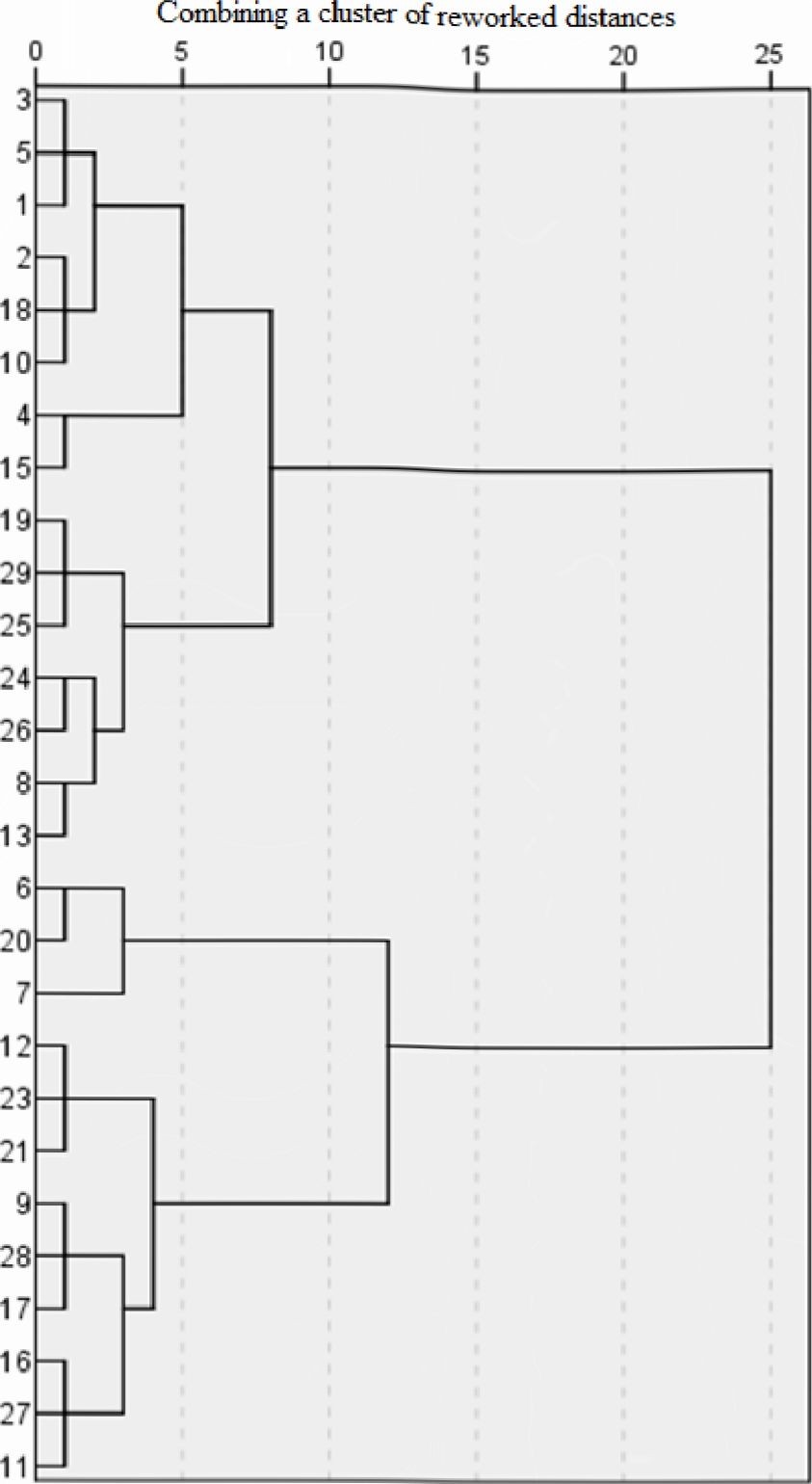 Table 1 reveals that clusters include the following number of state academic organizations:

Cluster C is composed of academic organizations located in the Western part of Kazakhstan, with an average of approximately 4,906 students and 314 academic staff.

Possible topics for clustering include efficient resource allocation, resource creation, research and publication priority, training investments, informing the public and stakeholders, and self and external assessments of institutions. These topics represent areas of policy development for institutions as well as research topics for researchers. Another issue for cluster analysis may be to focus on the sub-dimensions of the higher education system (research, education, institutions, services, etc.). Before clustering analysis, researchers need reliable data sets and valid measurements. The valid measurement methodology is the responsibility of the researcher and reliable data sets require the support, cooperation and coordination of institutions in the higher education system and other relevant institutions.

Limitations of the study

Another limitation of the study is the use of data on ranking scores, which do not include all academic organizations. More importantly, the intangible assets and products that make up corporate identities could not be included in an empirically based classification system.