Water pollution is a serious problem of mankind, but there are many ways to solve it: to learn to take care of natural resources, to create more advanced water purification mechanisms, to introduce drainage technologies in industry, to reuse treated wastewater (in agriculture, for example), etc. This article discusses the main sources of surface water of the Republic, as well as the main sources of water pollution.

Water and water resources in general are surface and groundwater, which are used in the world by all living organisms [1]. In a broader sense - water in a liquid, solid and gaseous state and their distribution on Earth.

Water resources are all waters of the hydrosphere, that is, waters of all seas and oceans, rivers, lakes, canals, reservoirs; groundwater, soil moisture, ice of mountain and polar glaciers, water vapor in all layers of the atmosphere.

According to many experts, Kazakhstan ranks last among the CIS countries in terms of water supply. For one inhabitant of the region there are only 6 thousand cubic meters of water per year, in Russia, for example, 6 times more. Kazakhstan, rich in natural and mineral resources, remains poor in water resources. Today, more than a third of the population of Kazakhstan uses imported water or well. It is estimated that it may not be possible to meet water demand within 40 years [3].

Almost half of the water resources in Kazakhstan come from the rivers of neighboring countries: Russia, Tajikistan, Uzbekistan, Kyrgyzstan and China. A big question has recently arisen in the South of the country. Once it was a single water-economic complex. During the years of independence, the five Central Asian States have not been able to finally agree on how to use the water resources of the region. And today Kazakhstan is developing its own strategy for the development of water resources. And the figurative expression "turn back the rivers", popular in the 80s of the last century, can be fully realized by 2020 [4].

The surface waters of the Republic of Kazakhstan include concentrated water reserves in the forms of land surface relief-water bodies. These include: water bodies (seas and lakes), swamps, glaciers and watercourses (rivers and canals equated to them) (Fig.i). 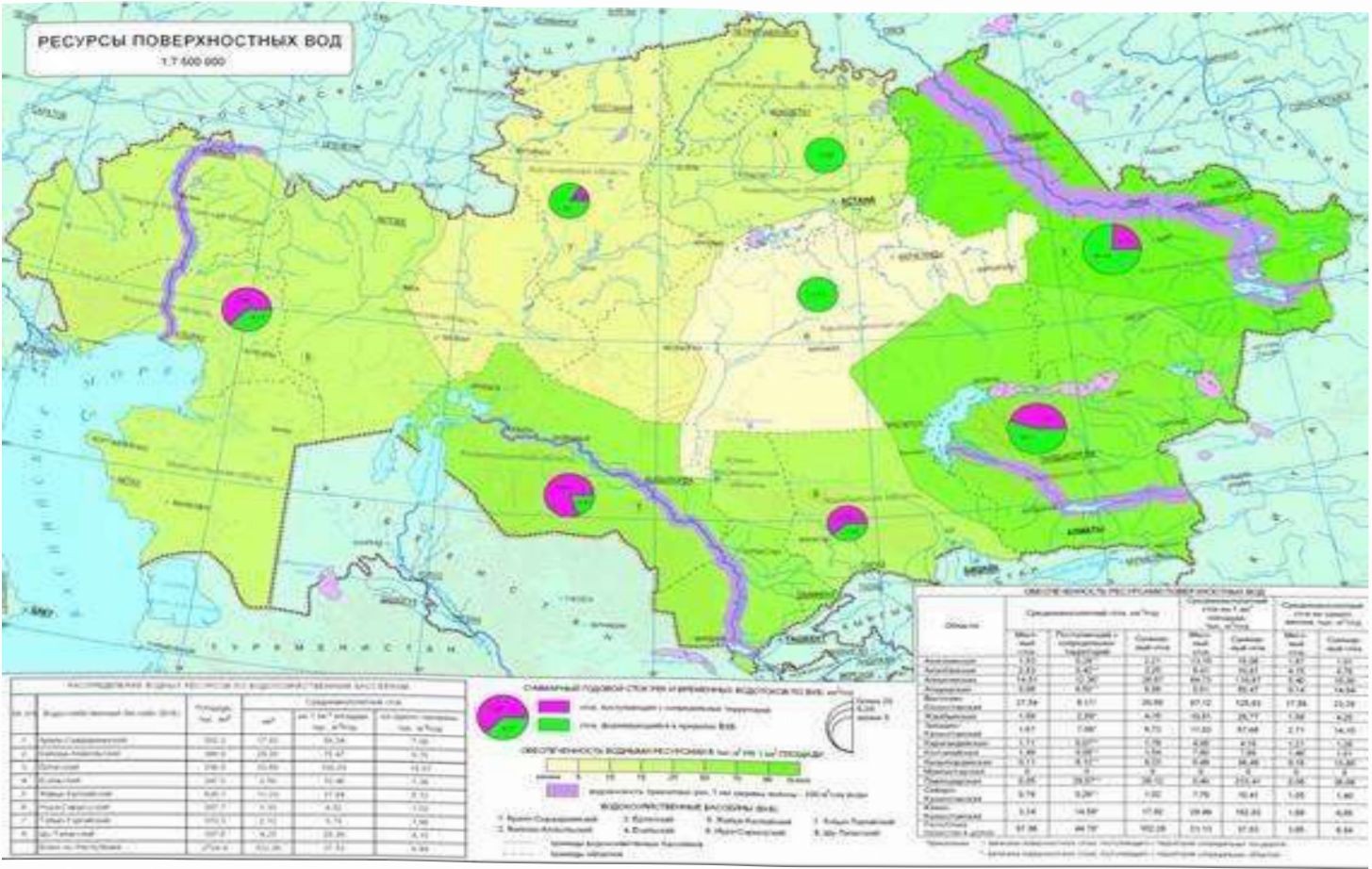 Figure. 1. Surface water map of the Republic of Kazakhstan

The set of water bodies within the total catchment area forms basin water systems (aquasystems). In the process of water cycle in nature, surface water is hydraulically connected with groundwater, forming a single water potential of the territory.

Kazakhstan is located on a vast territory, covering areas with different climatic characteristics, complex geological structure and a variety of hydrological conditions. This predetermined a variety of factors for the formation of the qualitative composition of groundwater, their quantitative indicators and affected the distribution Ofgroundwater resources in individual regions [5].

Due to its geographical location, the Republic of Kazakhstan has a shortage of water resources. A large area of Kazakhstan belongs to the inland drainage basins of lakes that have no access to the ocean. Therefore, water pollution is a key environmental problem impeding the sustainable development of Kazakhstan.

Pollution of water resources-а decrease in their quality as a result of falling into the sea, rivers, streams, lakes, various physical, chemical or biological substances. Pollution of water resources is a change in its chemical and physical condition, as well as its biological properties, which leads to unsuitability for use. Pollution of water resources occurs in the direct or indirect ingress of pollutants into the water in the absence of adequate measures to clean and remove harmful impurities and substances. In most cases contamination of fresh water remains invisible because contaminants are dissolved in water. These waters can not be attributed to either fresh or salt. They can be divided into two types: the first come from urban apartments, from the city sewer, the second - from industrial enterprises [6].

Population growth in large cities, the expansion of old cities has significantly increased the flow of domestic wastewater into inland waters. These effluents have become a source of pollution of rivers and lakes by pathogenic bacteria and helminths. To an even greater extent pollute the waters of synthetic detergents are widely used in everyday life. They are also widely used in industry and agriculture. Fertilizers washed from the soil surface fall into drains leading to lakes and seas. The chemical substances contained in them, coming from sewage to rivers and lakes, have a significant impact on the biological and physical regime of reservoirs. Pollution decreases the ability of water to saturation in oxygen, paralyzed the activities of bacteria mineralizing organic matter. All these reasons lead to strong water pollution, especially in closed basins-lakes [7].

Industrial wastewater in Kazakhstan is mainly contaminated with waste and emissions from mining and processing industries. Their quantitative and qualitative composition is diverse and depends on the industry.

Every year, thousands of chemicals fall into water sources, the effect of which on the environment is not known in advance, but it is possible to predict it using computer modeling, which is currently relevant. Hundreds of these substances are new compounds [8].

Waste water of the group of organic pollutants is discharged by oil refineries, petrochemical plants, organic synthesis enterprises, coke and others (Western Kazakhstan). The drains contain various petroleum products, ammonia, aldehydes, resins, phenols and other harmful substances. The harmful effect of wastewater of this group is mainly in oxidative processes, as a result of which the oxygen content in the water decreases, the biochemical need for it increases, the organoleptic characteristics of water deteriorate [9].

The pollution of water bodies with pesticides and mineral fertilizers, which fall from the fields together with rain and melt water, is of concern. Getting into the water, pesticides accumulate in the plankton, benthos, fish, and the food chain fall into the human body, acting negatively both on individual organs and the body as a whole. In industrial and agricultural wastewater, which fall into water sources, high content of nitrates and phosphates. This leads to supersaturation of closed water bodies with fertilizing substances and causes increased growth of the simplest microorganisms-algae in them, which leads to the process of eutrophication, i.e. waterlogging.

It is often difficult to identify the source of pollution of water resources it can also be unauthorized release of harmful substances by the enterprise 'or pollution caused by agricultural or industrial works [10].

Pollution and scarcity of water resources is a serious environmental problem for the sustainable development of not only Kazakhstan, but also the Land as a whole. And this problem should be solved both on a large scale - at the level of States and enterprises, and in small ones — at the level of regional and local authorities, as well as at the level of each human being.